Feared 154-pounder Sadriddin Akhmedov steps up in class on Friday, eager to make a statement 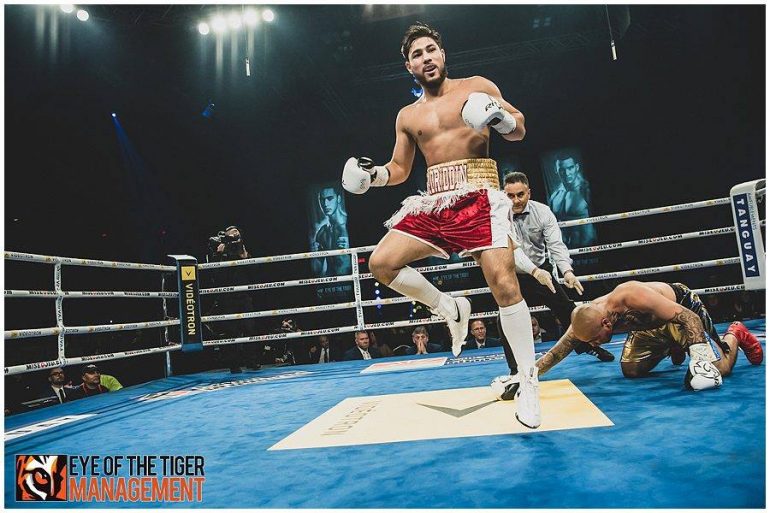 Akhmedov, who originally hails from Nur-Sultan, (Astana) Kazakhstan but now fights out of Montreal, is looking forward to showcasing his undoubted skills.

“This is a good challenge for me,” Akhmedov (11-0, 10 knockouts) told The Ring through Francois Pratte. “Danyo is my best opponent yet and we fight for a couple of (regional) belts (including the vacant NABF junior middleweight title). I think we [will] start a new chapter of my career.”

The 22-year-old expects the battle-hardened Danyo to provide him with his most difficult assignment to date.

“He is a very good technician and he is also very durable fighter,” Akhmedov acknowledged. “He has more experience than me, but I’m very confident going into this fight.”

This fight marks Akhmedov’s first in over a year, when he knockout out rugged Argentinean Jose Antonio Villalobos in seven rounds.

“I don’t want to complain about [the inactivity], it’s a very hard time for a lot of people right now,” he said. “I’m just very happy that my promoter keeps me busy when [others don’t] box.”

Now that Akhmedov has the opportunity to box, he intends to send a message to the talent laden junior middleweight division.

“Of course,” he said. “This is what we try to do every fight, and it is also a learning process.”

With COVID-19 hitting the world hard, Camille Estephan, of Eye of the Tiger management, has had to think outside the box to ensure that his stable can fight. He has already staged several cards in Mexico.

“It is absolutely necessary for the fighters to stay active,” said Estephan. “I remember one of the greats; it was Marvin Hagler or Sugar Ray Leonard, saying, ‘Inactivity is the biggest sin for a fighter’s career.’ I take this to heart and believe we’ve got to move forward while many others are sitting idle. Where there is a will, there’s a way.”

Estephan is extremely high on Akhmedov and believes it’s just a matter of time until his fighter makes the step into the upper echelons of the 154-pound division.

“[Sadriddin’s] young and this is a big step in his career,” said Estephan. “Danyo is a very solid veteran, it will be a hell of a fight.”

The 31-year old Danyo turned professional in 2012. The Netherlands-born fighter has progressed through the ranks, although he has lost his biggest fights, to Custio Clayton (UD 12), Felix Cash (UD 10) and Orlando Fiordigiglio (SD 10). However, Danyo 17-3-3 (6 KOs) is on a two-fight win streak and is coming off a career-best win over Navid Mousouri (UD 12) in December 2019.

The main event plus the full undercard, which includes Steven Butler vs. Jose De Jesus Macias for the NABF middleweight title, will be streamed live on www.punchinggrace.com at 7:30 p.m. ET/ 4:30 p.m. PT.