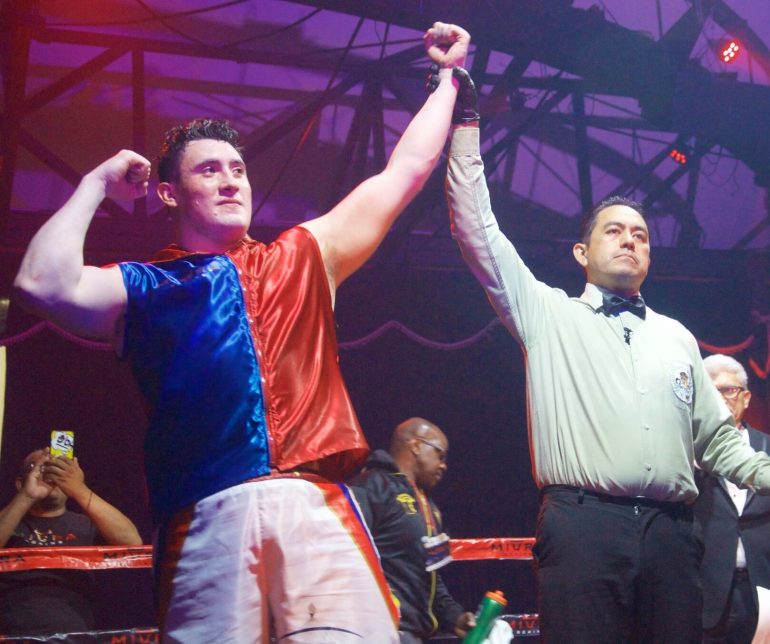 Artie Pelullo is someone in boxing who knows everyone. So, when the head of Banner Promotions was given a tip from a Canadian promoter about an undefeated Mexican fighting south of the border—Pelullo jumped at the chance.

“The kid can fight,” Pelullo said. “I knew Don MacDonald out of Canada for many years, and he called me and asked if I would be interested in an undefeated heavyweight from Mexico. I signed him, because Don knows what he’s looking at, then COVID happened and that shut everything down.”

The plan is to fight Munoz sometime in March in the United States.

The promotional agreement works well with Munoz, too.

“We were looking for a U.S. promoter and the right promoter to fight stateside in the U.S.,” Munoz said through interpreter and manager Manuel Garrido. “We got in touch with Don MacDonald, of United Boxing Promotions, and he got us in touch with Artie (Pelullo of Banner Promotions).

“That’s where it started. Artie saw something in Issac.”

Munoz has been boxing since he was 12. He was influenced by watching a fight with his father Jose in Mexico City. Jose Munoz was a fight fan, though never a pro fighter. 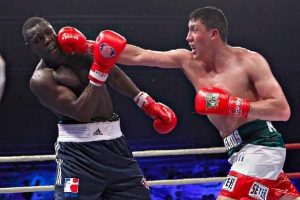 Munoz, 28, was a paratrooper for the Mexican elite Brigade de Fusileros. He’s 6-foot-2, 250 pounds and he had 235 amateur fights, and won the Mexican junior Olympics and silver medalist (2006), and Golden Gloves champion (2006).

He was also 5-3 in the World Series of Boxing, where Munoz lost a close decision in 2013 to Cuban 2016 Olympic light heavyweight gold medalist Julio César La Cruz. At one point, Munoz was ranked No. 2 as a heavyweight in 2013 by AIBA.