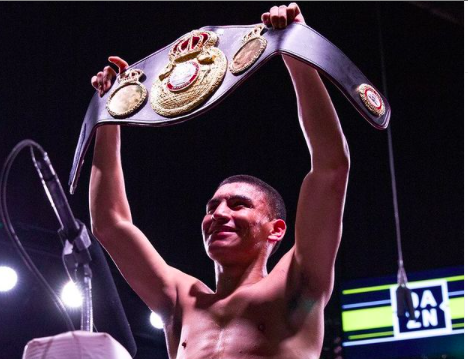 Maybe someone can commission a study, I would like to see the result.

The two types of personality popped into my mind as I was catching up with Vergil Ortiz Jr, the 16-0 Texan who has 16 KOs to his credit, since turning pro in July 2016. 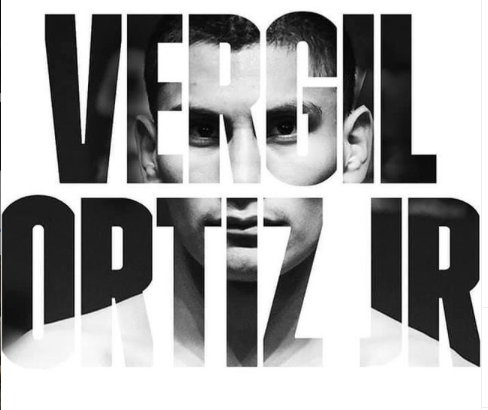 Vergil is 22 years old, and this is how he’s been spending his time as our world spins off axis, and a pandemic plays out in an era when truth is up for debate, and depends on what sort of brain you work with, and maybe what political party you align with. To me, if feels bat-shit, a lot of the time. But Vergil seems to have a solid handle on things, because he stays in his lane, which is that of an A plus grade prospect.

Or wait… Prospect, or contender? Or prospect/contender?

We delved into that in a phone chat.

“I’m a contender,” the welterweight fighting pride of Grand Prairie, Texas (between Dallas and Fort Worth) told me. We chopped it up, whether most people get the designation right. “I think sometimes people get the word mixed up, with age.” Shakur Stevenson, not a prospect. David Benavidez, way beyond “prospect.”

I told him, and sorry if this sounds to you like smoke blowing, that maybe a good tag for Vergil is “prospect +.”

I mean, you could put him in with top tenners at 147 and he’d hang with all of them and beat plenty of them, in my eyes. But this semantic stuff will get sorted soon enough, hopefully in 2021, as his training team of Robert Garcia, Virgil Ortiz Sr and Hector Beltran watch and give input to help the refinement.

“Boxing wise, I’ve been staying in the gym, staying ready, sparring in the gym every day,” Vergil told me. Yeah, no collecting bottles in clubs, making it rain as part of a reign of clownfuckery, throwing singles up in the air as a signal of “suceeding.” To me, I love hearing that the guy stays at home, practices getting better on his guitar, does some gaming, and is dedicated full-on to the fight game.

He is asked about being that stay at home sort, and he gives himself no extra credit for being this way because it’s part of the long term plan. He’s not turning off a drive to go out and cavort, in other words. “That’s who I am,” he says. “I grew up going to school, then going to the gym, going home, and going to sleep.”

Some Vergil fans would no doubt like an update on the guitar playing. “I feel like I’m getting better, smarter with it, a little faster, doing things physically I coudn’t do before,” he states.

Yeah, sort of sounds like an overlap with how he’s elevated himself in the ring. But yes, it’s true, 2020 has been not a back-slide year, exactly, but he’s only gloved up once. He downed Samuel Vargas on July 24th, scoring a stoppage in round seven versus the Colombian who entered at 31-5-2.

But Golden Boy Promotions had a strange year. It’s maybe been the equivalent of that spinning pinwheel you see when your computer is befuddled, because too many apps are open. The “apps,” in this case, were pretty much Canelo Alvarez, and his situation with GBP and DAZN. The lengthy and successful marriage between Oscar’s company and Canelo, which began in 2008, went off the rails, to splitsville. And yes, energy and focus were directed at that deal. But now people seem to have it sorted; Canelo fights tonight, and he’s again fighting on DAZN, but Matchroom and Eddie Hearn are handling the promotion.

I didn’t get into the political stuff with Vergil, all that much. “Canelo moving on does make sense, but I’m kinda sad, because that probably means no undercard fight for me on a Canelo show,” he said.

But it does strike me that removing Canelo from the Golden Boy equation means pain now, but longer term, it could make GBP stronger. Canelo siphoned the love and now the love and attention will be more evenly spread. Ryan Garcia will get more looks and yes, so will Vergil.

His next fight, there should be at least a decent smattering of fans. I was curious, what did he think about fighting in a quiet zone, against Vargas? “I like no crowd,” Vergil said. “I like hearing the punches! At the same time, I would definitely prefer the crowds. The quiet during the Vargas fight didn’t bother me, I didn’t notice it really. But I was thinking after, the energy of the crowd, maybe it does help out. Sparring, and fighting, they are totally different things. But I can turn on and off the killer instinct. But maybe it would have been somewhat different versus Vargas if fans were there? Maybe I would have gotten him out of there in the fourth or fifth? It would have made me feel different with a crowd.”

I think we’ll see Vergil gloving up soon and while he keeps his iron sharp, he will continue fine-tuning his musicianship. Right now, Avenged Sevenfold, the Cali metal band, is his main jam. He recommends “Afterlife,” “Almost Easy” and “Coming Home” as some of their best work, so I will check those out soon. Vergil is a PlayStation devotee, not an Xbox guy, and he’s been grooving on the newest Call of Duty offering.

I’m sure he’s proficient at the game, and his defense, too, is solid, when he doesn’t furnish a thin hint as to who he might be fighting next. “It’s gonna be a good fight,” he said, and I could hear him grinning.  His manager Rick Mirigian is no doubt firming things up with Eric Gomez and Roberto Diaz over at GDP. “It’s not necessarily one guy, there are all good options, but it will be propelling my career forward.”

Vergil will get to enjoy some holiday spirit and festivities, because he doesn’t bloat up, he sticks to near his weight max zone in between fights.

“We had our tree up on Halloween,” Vergil reported. “The kids in the neighborhood rang the doorbell, I was playing PlayStation, I asked ‘who is it?’ It was trick or treaters. We said, Oh my God, we need Halloween candy, so I went out and got some. They went through all of it!”

More specfics on the Ortiz traditions around this time of year. “My family always has tamales for Christmas, it’s a typical mexican dish. We have a small family. It’s gonna be a good holiday!”

COVID has been making the rounds, in some parts of Texas worse than others, but Vergil stays smart, wears his mask. He gets some news off Twitter, but doesn’t get too riled over it. “I do want people to stay safe. Nothing is really shut down, you still have to wear a mask. The urgency for people to stay safe, I’d like to see more.”

This is a guy with head firmly planted on shoulders, no airs about him, and someone who wants to take aim at people beyond the prospect and contender status. And I like the chances that he’ll get there, and by the end of next year, his impact will be such that fighters craving nightlife action to blow off steam will decide instead to be like Vergil– a home, gym, guitar, PlayStation and sleep type of person.

PS: I heard from Mirigian after I posted this.

Vergil will glove up in March, he said. No foe named as yet.