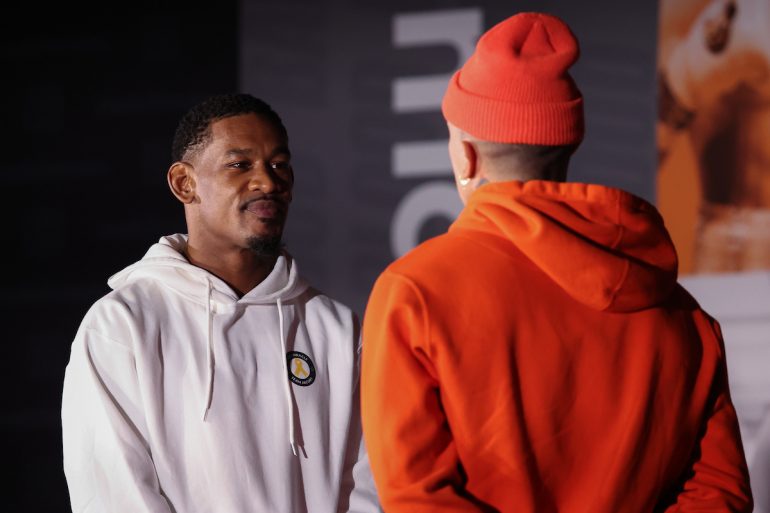 At age 33, Daniel Jacobs knows his career is in its final chapters.

Despite being relatively new in a deep weight class at 168 pounds, Jacob believes he can win at least one world title belt, avenge his loss to Canelo Alvarez, and be considered one of the best super middleweights in boxing before hanging up his gloves for good.

Jacobs can cement his status as a one of the elite fighters in the division with an impressive win over Gabriel Rosado Friday night at the Seminole Hard Rock Hotel and Casino in Hollywood, Florida. The 12-round bout will headline a DAZN stream (8 p.m. ET/ 5 p.m. PT).

Friday night will mark Jacobs’ first fight since December 20, a win over Julio Cesar Chavez, Jr. after the Mexico-born fighter quit after the end of round 5. The win was Jacobs’ first at 168 pounds and over seven months after losing by unanimous decision to Alvarez in a middleweight unification fight. Jacobs would lose his IBF title.

Jacobs (36-3, 30 knockouts) was penciled to return to action in May-June, but was canceled to the COVID-19 pandemic. Because of the uncertainty of the pandemic and not being able to work with trainer Fareed Samad, Jacobs stayed at home in Brooklyn, New York.

“I 100 percent refrained from training after the pandemic started,” Jacobs told The Ring in an interview over the phone Monday. “I had a fight lined up in May, June, July. That’s when I had a fight scheduled. Because I wasn’t able to work with Fareed, I didn’t have the tools necessary for an effective camp. So we had an 11-week camp to really get this ring-rust out for this fight.”

Jacobs will face Rosado, who has only lost once in his last four bouts. The Philadelphia-born fighter also fought on the same December 20 card, defeating Humberto Gutierrez Ochoa by unanimous decision. In his previous fight on March 15 of last year, Rosado was dropped twice, but rallied late in the fight only to lose by a close decision to Poland’s Maciej Sulecki.

Rosado will expect to implement his high-volume, aggressive style to the fight, but Jacobs is more-focused on what he will do to execute his plan, not so much what Rosado brings to the fight.

“Anyone can pose a threat,” said Jacobs, who is ranked No. 10 at 160 pounds by The Ring. “You could study a fighter on film, but you can’t predict what he can do. He can switch up on you. I’m just focused on what I’m going to do in the ring. This is is my third fight with Fareed Samad. He’s helped me become more of a complete fighter. I chose this fight for personal reasons. It’s a challenge for me.”

Jacobs made his mark at 160 pounds by twice winning a world title belt. An impressive win over Rosado could put Jacobs in a position to face one of the world titleholders in 2021.

“I know I’ve only fought once as a full-sledged super middleweight, but I consider myself to be a top-10 fighter in the division,” said Jacobs, who made his pro debut at December 2017 at the age of 20. “That is what is so great about this division. There are so many options that I’m blessed for any opportunity. There are multiple world titleholders at 168 just as there were when I was fighting as a middleweight.”

One possible option for Jacobs would be to fight the winner of the December 19 bout between Canelo Alvarez and Ring Magazine champion Callum Smith. That fight will take place at the Alamodome in San Antonio. 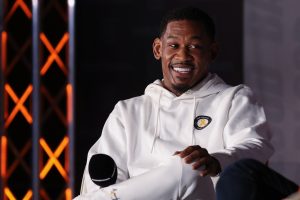 Jacobs lost by unanimous decision to Alvarez on May 4 of last year, but he attributes not being at 100 percent for the fight. Both fighters made the 160-pound weight the day before the fight, but Jacobs weighed over three pounds the same-day contract weight of 170 pounds, a clause in the contract made by Alvarez. There was an undisclosed fine Jacobs had to pay, but the fight went on as scheduled.

Now that he is fighting at 168 pounds, weight should not be an issue as it was in the first fight.

“In a sense of moving up from 160 to 168 pounds, I’m following Canelo too,” said Jacobs, who is now fighting under the Matchroom Boxing USA banner after being represented by Golden Boy and Premier Boxing Champions. “I think a fight against Canelo this time around will be different because I’ll be fighting at a full-weight and I wouldn’t be fighting drained. There wouldn’t be any weight clauses because I’m making 168 pounds comfortably.

“I think the strategy from Golden Boy and Canelo was the weight restrictions. The weight clause was not to have me at 100 percent. It was a close fight. I’m not hung up about it. I just think now that I’m fighting at a more-comfortable weight that things would be different if we would to fight again.”

While Jacobs envisions fighting for a world title as early as this year, he is also thinking about life after boxing. He wants to pursue opportunities, which includes color-commentating, something he has done on regional and premium broadcasting.

Jacobs is one of the few fighters who has enjoyed the benefits and perks of fighting on the highest platforms and receiving significant purses, but he also wants to remain healthy and best utilize his time with his family.

“I appreciate life and boxing,” said Jacobs. “I’m 100 percent healthy and hydrated. I’m in the second chapter of my life and I embrace the opportunities boxing has given me. I’ve realized boxing is a young man’s sport. I’ve been fortunate to keep my marbles and that I have a family and life to love for. I’ve been boxing for more than half my life and I do find joy in knocking boxing provided me that stability for my family and I do appreciate life.

“As far as after I hang up my gloves, broadcasting is something I can see myself doing. I’ve done it before and I’ve built great relationships with networks I’ve worked with. My portfolio speaks for itself. I think I do the best job and do it well. I’ve come to realize that there has to be time for that. I can’t be an active fighter and work in broadcasting. Once my career is over, I will definitely look at that.”

In the meantime, Rosado is in his way to nailing down more-significant fights in 2021, including an opportunity to fight for a world title belt. He also hopes to achieve a level of greatness once he decides to retire.

“There is a rematch against Canelo. That’s an option, but my focus is to get a get a (world title) belt. I’ve always set a goal for myself that when I finally hang up the gloves for good that I want to be a Hall of Fame fighter. I want to be one the best fighters in my era,” said Jacobs.

“I want to be able to obtain the same level of success in this weight class as I did at 160 pounds.”