Brian Doogan scores a knockout with ‘SuperFight,’ taking a deep dive into the Hagler-Leonard blockbuster 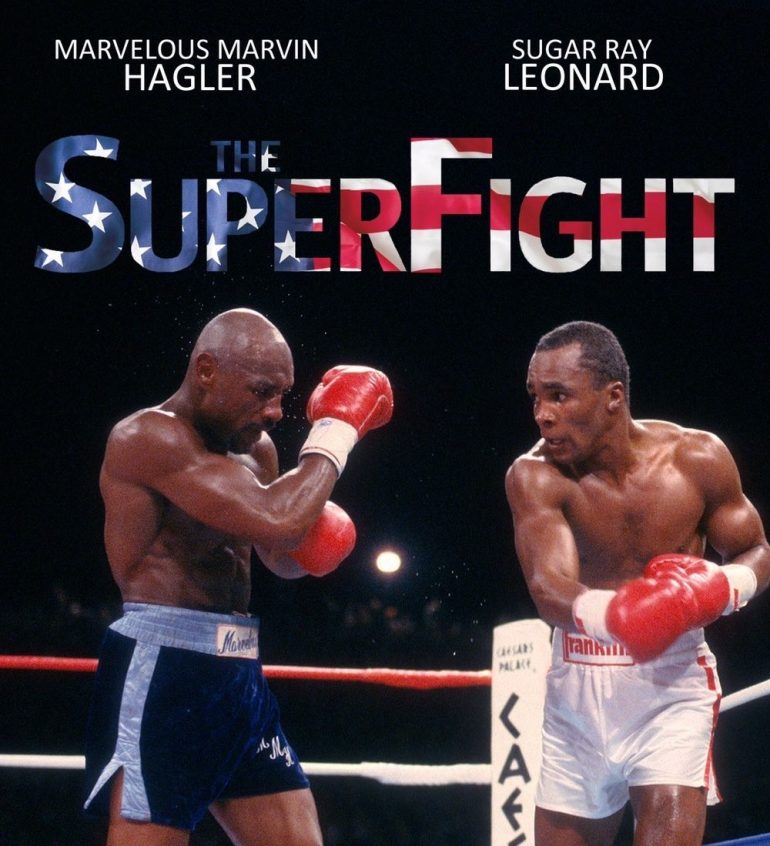 Brian Doogan was a feature writer for Ring Magazine for 20 years, traveling the world, covering the biggest fights and fighters. Everything he wrote was gold.

Doogan now has his own business, Brian Doogan Media (BrianDooganmedia.com), after spending 10 years combined as the head of media and communications for Premier League soccer clubs Aston Villa and Everton.

It doesn’t mean Doogan has lost his touch.

Doogan tells a story that had not yet been told and deserved to be told in the rich, multi-layered context in which only Doogan can bring it.

For the last 20 years, he researched the 1987 megafight between Sugar Ray Leonard and Marvelous Marvin Hagler and what it produced was “The SuperFight,” a 288-page gem of more than 90,000 words.

What makes Doogan’s book unique is the deep dive he takes with both fighters in and out of the ring.

For example, Hagler revisits in detail about growing up during the 1967 riots in the Newark, New Jersey, specifically in the Central Ward ghetto, where he lived. Hagler witnessed it first hand, forced to lie on the floor for three days and sleep under his bed. The riot/rebellion, rooted in racism, claimed the lives of 26 people, and injured 1,000 more. To a young teenager like Hagler at the time, it was “like the end of the world.”

This filled Hagler with a fury that created “The Monster” he would evolve into in the ring.

Leonard, you find through Doogan’s work, did not have it any easier. For years, too, he was tormented by a secret, the sexual abuse he endured as an amateur boxer by a trusted coach and by another man.

It’s something Leonard had suppressed deep inside himself for years. It left a scar.

In disparate ways, the two had a past darkness in common. Doogan visited their lives and careers in depth. They were the centerpiece of the 1980s, after both beat Tommy Hearns and Roberto Duran.

“I thought there was a story to be told about both men, and it’s one of the most hotly discussed fights of that era, with the controversy that came as a result of it that never really subsided,” Doogan said. “Loads of people still feel that Marvin won the fight; that Ray didn’t fight him. Marvin believes that himself. That’s why he says that there will never be a full reconciliation between the them, because deep down, the respect isn’t there, because Marvin feels Ray didn’t fight him.

“Ray looks at it as one of the greatest accomplishments of his life, and especially in the circumstances in the way he pulled off such a victory, after being out of the ring for five years with the detached retina in his left eye. He feels Marvin unnecessarily tarnished the victory by being a sore loser, from Ray’s perspective.”

“The SuperFight” is the first book produced under Brian Doogan Media (BrianDooganmedia.com). The book can be purchased on Amazon.com (retail $24.26 US).