Otto Wallin and Travis Kauffman, their COVID-19 battles behind them, now battle one another 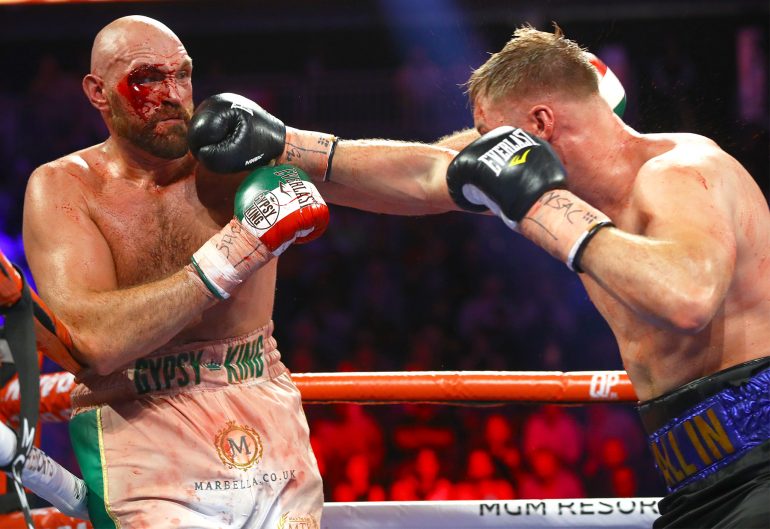 It was March and the coronavirus pandemic was just beginning to take hold in the United States when similar symptoms waylaid heavyweights Otto Wallin and Travis Kauffman.

Wallin, who was in New York, which was the epicenter of the COVID-19 spread at the time in the U.S., had a fever, a cough and a sore throat for about four days. He also lost his sense of taste and smell – a hallmark symptom — which lasted for nearly two weeks.

Although Wallin never officially tested positive for the coronavirus he said a subsequent test revealed he had the antibodies for it, meaning he had once had it. His mother had been visiting Wallin from their native Sweden and she also became ill with the virus when she returned home, where she infected her boyfriend. Because he is diabetic, he wound up in the hospital with what Wallin described as a “rough flu” with a high fever from which he has recovered.

“Now everybody is doing good, so I am happy about that, of course,” Wallin told The Ring.

Kauffman, from Reading, Pennsylvania, who tested positive for COVID-19 on March 21, had a fever that lasted for a few days, body aches, a loss of smell and what he described as a throbbing headache that lasted for a week.

“I felt like I got hit by a bus,” Kauffman said. “I had a headache that just would not go away no matter what I did.”

Kauffman’s four sons, ages 1, 8, 11 and 14, also had the virus and accompanying mild symptoms. His father/trainer Marshall Kauffman had symptoms that lasted for more than two weeks and the two mothers of his boys also were infected.

Now both boxers have recovered and are, coincidentally, set to fight each other in a 10-round bout in the opener of a Showtime-televised tripleheader on Saturday (9 p.m. ET) headlined by super middleweight world titlist David Benavidez (22-0, 19 KOs) defending against Roamer Alexis Angulo (26-1, 22 KOs) and lightweights Rolando Romero (11-0, 10 KOs) and Jackson Marinez (19-0, 7 KOs) squaring off for a vacant interim belt. Because of the ongoing pandemic, the fights will take place without spectators at the Mohegan Sun resort in Uncasville, Connecticut, which is the home base for the time being for all of Showtime’s boxing events.

Wallin (20-1, 13 KOs) and Kauffman (32-3, 23 KOs) both believe they have much to prove Saturday and that winning will go a long way to enhancing their future prospects for major fights and losing will be a disaster.

For Wallin, it’s a chance to build on the excellent, albeit losing, performance he turned in against heavyweight champion Tyson Fury in their exciting fight in Las Vegas last September, when Wallin inflicted two brutal cuts over Fury’s eye and came close to securing a stoppage because of the wounds before losing a unanimous decision.

“My stock really went up in that fight,” said Wallin, a 29-year-old southpaw. “I don’t think anyone knew me before but now they know me and it’s night and day almost. There’s more media, a lot more attention and more opportunities coming my way. As an up-and-coming fighter you just want a big shot and finally I got it and I proved myself and now I want to just use the momentum I got from that fight and show that it wasn’t a fluke and that I am good and that I am here to stay.”

That’s why a loss to Kauffman would be a huge setback. The way Wallin sees it, whatever momentum and recognition he received from the Fury fight would go to waste.

“I would look at it that way,” Wallin said. “If I saw somebody come out of nowhere and do a good fight with Fury and then lose his next fight against somebody not as good, then I think that would be a big step back for me. I’m gonna make sure that doesn’t happen. I’ve been boxing since I was 15 and my objective was reaching the highest level and I’m getting closer to it, so there’s no looking back now.

“I got good momentum now and I want to use that and show that it wasn’t a fluke. It’s a very important fight for me. It’s important to look good. I’m younger (than Kauffman), fresher and I’m hungry. I think I have all the tools to take him deep and stop him.” 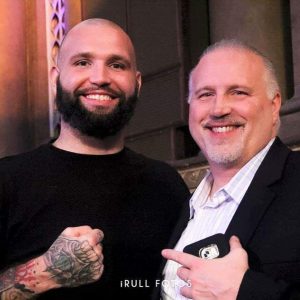 Wallin also hopes beating Kauffman jump starts his schedule. Prior to the fight with Fury, Wallin only boxed one round (in a no contest with Nick Kisner) in 17 months. He was scheduled to fight Lucas Browne on March 28 in Las Vegas but that card was scrapped because of the pandemic.

“I think for me right now it’s important to stay busy,” said Wallin, whose ultimate goal is a rematch with Fury or a title fight of some kind. “Before the Fury fight I fought only one round in 17 months and now (because of the pandemic) it’s almost been another year. So I haven’t been busy. So that’s very important to me — come back now, fully focused on Kauffman, of course, but after that, if everything goes right, I want to again before the end of the year. I haven’t thought about any opponent but it’s important for me to stay busy.”

Kauffman, 34, has even more on the line than Wallin. He has lost two of his last three, including by 10th-round knockout to Luis “King Kong” Ortiz in his most recent bout in December 2018.

Kauffman hasn’t fought since that loss not only because of the pandemic but mainly because he was recovering from a torn labrum suffered against Ortiz and subsequent shoulder surgery.

“What’s on the line for me? I win this fight, the sky’s the limit for me and Travis Kauffman is back in the picture for a big fight, a big opportunity,” Kauffman said. “I lose this fight then it’s pretty much over. How the hell can I get another opportunity to make six figures? I probably never will. I’ll probably never get those opportunities. It’ll be back to building myself back up. I got kids to feed. This is the way I provide for my children and I’m a single father. For me, there’s so much on the line. I have to win this fight. This is really like a do-or-die fight for me.”

Kauffman, however, said he likes his chances against Wallin.”

“His claim to fame is losing to Fury,” Kauffman said. “Not taking anything away from him. I think he’s a very decent fighter. He’s young, he’s hungry and I think he has a point to prove. But in boxing you’re only as good as your last fight and he looked good in his last fight losing. Just because I’m saying he lost to Tyson Fury, I don’t underestimate his skill. I’m still training my ass off.

So both men are using Saturday’s fight to set up what they hope will be fruitful future business, but they also know they have an unusual connection given they are fighting each other after both having been ill with COVID-19.

“I’m very happy Otto was able to pull through it,” Kauffman said. “For me and Otto to fight it only makes sense.”

Added Wallin, “We were looking at (fighting) Kauffman before it all happened, so the way it played out it is crazy. But I know that it was worse for him that it was for me. I don’t wish anything bad for him so I’m happy he’s doing better also. Maybe after the fight we’ll joke about it.”