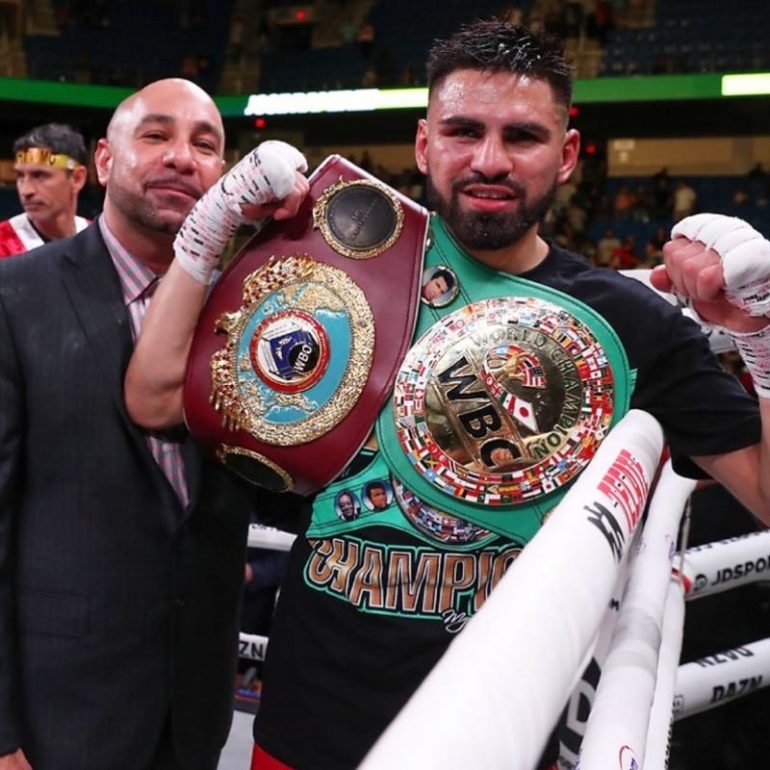 August 29 cannot come soon enough for unified world junior welterweight titleholder Jose Ramirez and his team. That is the date Ramirez will defend his WBC and WBO world title belts against Viktor Postol at the MGM Grand Conference Center in Las Vegas, Nevada.

After multiple postponements over the last several months, advisor Rick Mirigian cannot help but wonder if the fight will indeed take place.

“Fourth time is the charm, right?” quipped Mirigian to The Ring Monday.

The 12-round bout will headline a ‘Top Rank on ESPN’ telecast.

It has been a roller-coaster ride for Ramirez since winning the WBO title on July 27 of last year, stopping Maurice Hooker in round 6 of a unification fight in Arlington, Texas, not far from Hooker’s hometown of Dallas. Ramirez was scheduled to make the first defense of the unified titles on February 2 in Hainan, China, but the card was postponed due to COVID-19 pandemic was spreading throughout East Asia.

Top Rank announced a new date of May 9 for the Ramirez-Postol fight at the Save Mart Center in Fresno, California, not far from Ramirez’s hometown of Avenal. The fight was again postposed due to the Coronavirus spreading throughout California.

Mirigian had hoped the fight would take place at an outdoor venue in the San Joaquin (Central) Valley, where Fresno is located, during the second part of the month of June. The planning of the card was in its initial stages, but had to be scrapped as Postol was still in the Ukraine and there was uncertainty when he would be able to travel to the United States.

“With all that has happened since the postponement of the first fight in January, we’re looking forward to August 29” Mirigian told The Ring. “It’s been a nightmare. Fortunately for Jose, he has been training and working on projects.”

Ramirez (25-0, 17 knockouts), who is ranked No. 1 by The Ring at 140 pounds, spent time this past spring visiting farmworkers in the area, delivering care packages full of basic necessities and food with money raised through donations. The 27-year-old has spoken out in favor of farmworkers’ rights, even traveling to the state capital of Sacramento to speak to lawmakers over the last couple of years.

“We were able to put that project together fairly quickly. Jose was determined to visit as many farms in the area and speak to farmworkers. They’re essential workers and it was something very important to Jose. It meant that much to him.”

Ramirez’s father was a farmworker who migrated from Mexico.

Ramirez is currently training for the Postol fight in Riverside, California with trainer Robert Garcia.