Tom Loeffler: I would love to see Wladimir Klitschko come back 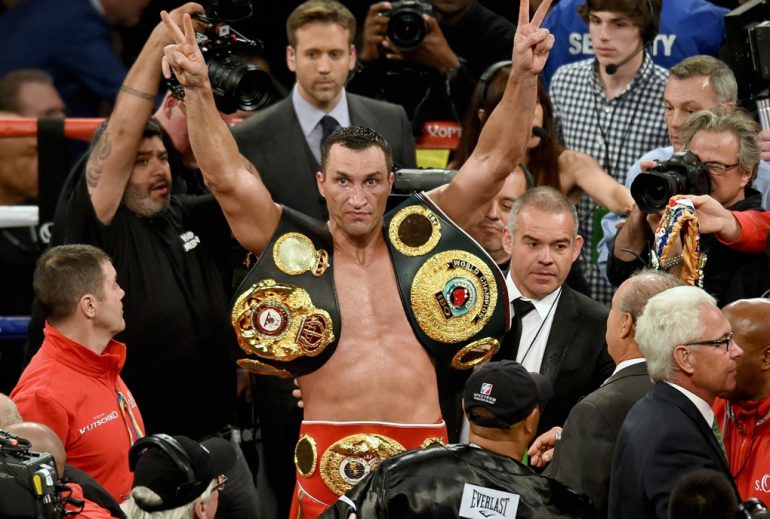 Wladimir Klitschko’s former promoter believes he can still compete at the highest level.

The former heavyweight champion has flirted with the idea of coming out of retirement in the past and held discussions in January 2019 with DAZN on a lucrative three-fight deal. Three months later, it was reported that the Ukrainian had signed a $120 million contract to fight again, only for that to be revealed as a flimsy April fools joke.

If Klitschko returns to the ring, he will join a long list of fighters who have stated their intentions of competing again in recent months, including Mike Tyson, Roy Jones Jr., Evander Holyfield, James Toney, and Riddick Bowe.

Tyson and Jones will meet in an eight-round exhibition bout on September 12 at a crowdless Dignity Health Sports Park in Carson, California.

But the difference is unmistakable, Klitschko is the only fighter that can still challenge elite opposition.

“Wladimir stays in tremendous condition for not being an active professional athlete,” said Tom Loeffler. “He’s always training, he’s always working on his cardio, and his body shape almost looks identical to when he was defending his titles.”

Klitschko (64-5, 53 knockouts) won the WBO title on October 14, 2000 with a 12-round unanimous decision over Chris Byrd, avenging his older brother’s TKO loss (injury related) six months prior. He made five successful defenses before suffering an upset second-round stoppage at the hands of Corrie Sanders.

But after joining forces with the late trainer Emanuel Steward, Klitschko became one of the most dominant heavyweight champions. His combined reign of 12 years is the longest in boxing history, and he made 23 successful defenses.

His chance at getting to the 24th defense was snapped in November 2015 after a one-sided decision loss to Tyson Fury. Klitschko then came off a 17-month layoff to face Anthony Joshua and was stopped in the 11th round of a heavyweight classic.

Loeffler told The Ring in recent days that if the 1996 Olympic gold medalist makes one more run, his mission will not be to knock guys out necessarily but to make history.

“If there’s anyone who can do it and still compete at the world championship level, it would be Wladimir,” he added. “I would love to see him come back, but ultimately that’s a decision that he will have to make.

“And if he does, I think he has an excellent chance of beating George Foreman’s record (of being the oldest heavyweight champion).”

On November 5, 1994, at the MGM Grand in Las Vegas, George Foreman, at the age of 45, scored a one-punch knockout of Michael Moorer in the 10th round to become the unified champion.

“I don’t see any of the older boxers being able to compete at the level where Wladimir would be able to,” Loeffler said.