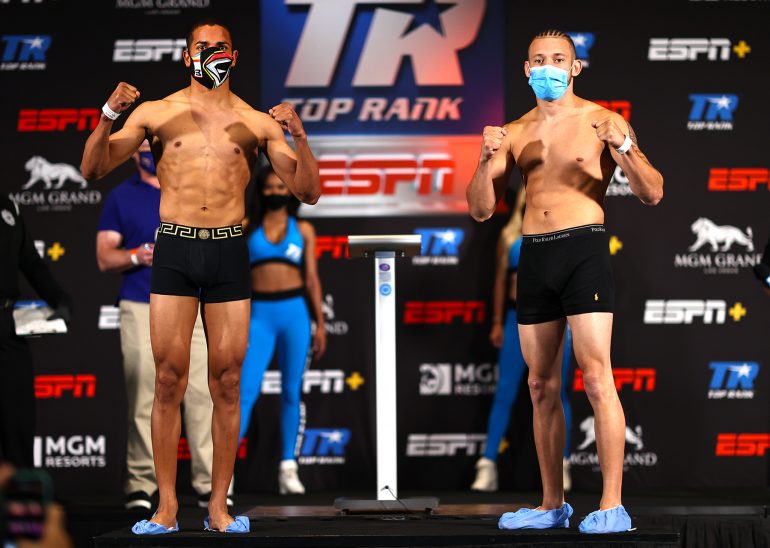 The bout between featherweight Miguel Marriaga and Mark John Yap for Thursday night has been cancelled, Top Rank announced Wednesday.

Marriaga, who was scheduled to face then-WBO featherweight titleholder Shakur Stevenson on March 14 in New York City before the fight was cancelled due to the COVID-19 pandemic, reportedly wanted to still fight Yap, but the Nevada Athletic Commission nixed the fight.

The co-feature bout between lightweight Felix Verdejo and Will Madera has been elevated to main event status.