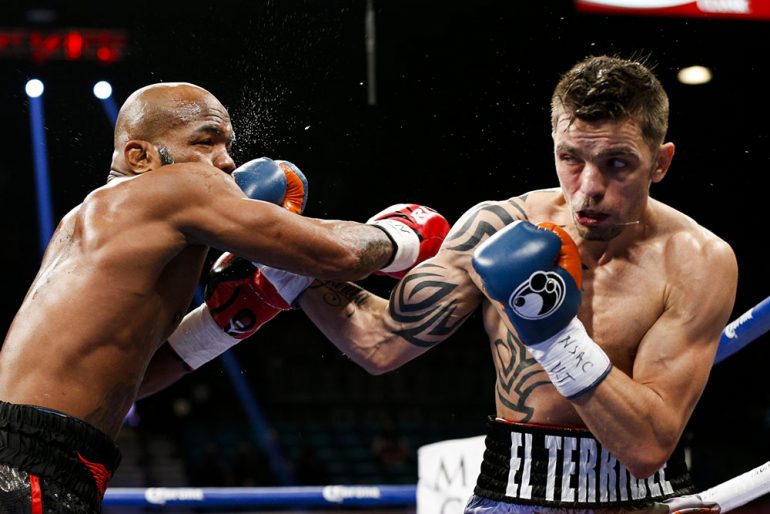 After Gervonta Davis posted a short video Friday night of himself wailing away on Ivan Redkach in what was supposed to be a routine sparring session, the Ukrainian slugger says there’s more than meets the eye.

“The video clip is 30 seconds of the fourth round, ” Redkach tells The Ring. “I was touching him too and he was in no condition to spar with me. He knows it. He put on his little show to create some hype and then stormed off and didn’t say a word to anyone.”

The 33-year-old Redkach (23-5-1, 18 knockouts) said it was Davis’ manager Ravone Littlejohn who reached out to him to say they were in town and had trouble locating sparring partners. He then asked if Redkach wanted to get some work in and spar six rounds with Davis.

“I decided to do them a favor,” Redkach said. “I don’t really need them as I have plenty of sparring partners, but if they need help I thought why not. I didn’t even ask for money. I thought it would be a good workout for me to test myself.”

Redkach said he was told to come to a gym in Los Angeles at 1 p.m. but according to Redkach, Davis (23-0 22 KOs) showed up an hour late and was already in a bad mood.

“I don’t know what the purpose of him coming there was, but I don’t think it was to spar with me,” Redkach said. “He walked around with an attitude, angry at something. He didn’t change or take his shirt off. My trainer Jack Mosley extended his hand to say hello and Gervonta ignored him. After his manager said this is Shane Mosley’s father then Gervonta said ‘oh, sorry, hello. No respect.’”

Redkach goes on to say that as they began to spar Mosley wanted to start recording the session and Davis’ manager quickly stopped him to say recording was not allowed. Unbeknownst to Redkach or his team, one of Davis’ friends recorded a snippet around the fourth round just as Davis began unloading vicious left uppercuts and hooks, dazing Redkach. The video goes on to show Davis leaving the ring and walking off.

“I didn’t really feel his power, but when he hit me in the back of the head, I started to see stars for a second,” Redkach adds. “He wasn’t serious about working out with me. He was trash talking and chewing gum while we were sparring. It wasn’t professional. I have been in camps with many world champions and they don’t behave this way.”

After Davis’ video went viral in the boxing world, Redkach responded on social media claiming they should meet again to finish what they started to which Davis invited Redkach back to the gym on Monday so that Davis can “go live” presumably on social media.

“I don’t know if I am going back on Monday because really what for,” Redkach said. “He is not serious, he is not disciplined. If he wants a real fight he can see me at 140 pounds, unless Leo Santa Cruz beats him first.”

Redkach, a former lightweight, fought his past two bouts at welterweight, including a knockout victory over Devon Alexander and a unanimous decision loss to Danny Garcia.

Redkach said there is talk about him facing Shawn Porter next although he has not heard anything definitive while Davis has been long rumored to face Santa Cruz. Ironically, Redkach used to be trained by Santa Cruz’ father Jose.