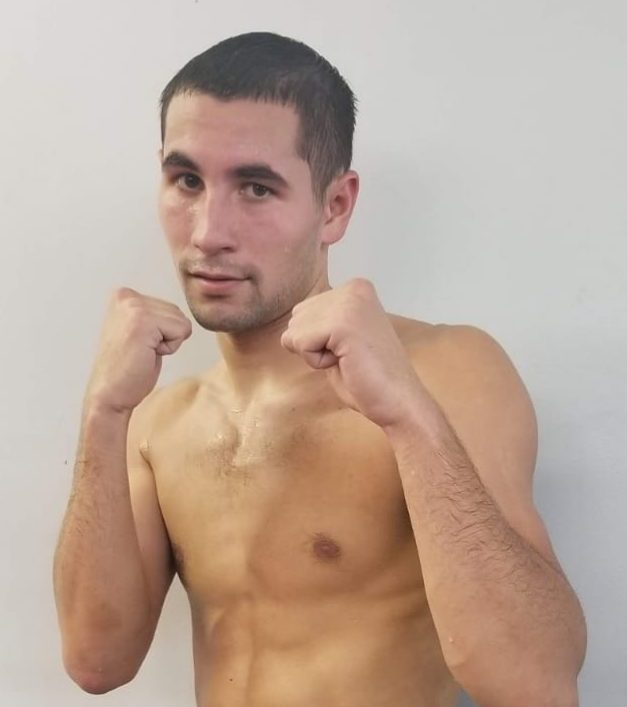 Miguel Rios wasn’t sure what he heard. You want to do what again? The kid seated next to him on the passenger’s side repeated it. He wanted another shot. It didn’t matter that the kid spoke through a bloody towel over his faucet-bleeding nose. It didn’t matter than the kid looked like a racoon wincing up from two blackened eyes.

Charlie Sheehy might have been a 9-year-old crimson mess, though he wasn’t a crying, whimpering mess. He was adamant. He wanted another crack at the kid who beat him up in his first fight.

A few years went by before eventually Sheehy got his revenge—and then some. In fact, the kid doesn’t even fight anymore.

He is a 21-year-old lightweight on Team USA and hopefully headed to Tokyo, Japan, in July 2021 for the Olympics. He’s amassed a 150-25 amateur record, including victories over Ryan Garcia and Vergil Ortiz.

His foundation of success stems from a car ride home from Oakland about 12 years ago.

Rios noticed Sheehy at a young age, the kind of alpha nudge running around the Fire in the Ring gym in San Francisco who let everyone else know how tough he was. So, Rios thought he would test the mouthy kid. Rios trained Sheehy two weeks for an amateur fight.

Sheehy and the kid he fought drew a standing ovation. The ref stopped the fight with about 10 seconds left. Sheehy had his nose busted up, and blood was everywhere.

“Charlie wouldn’t let me take his gear off, and he asked me to keep everything on, just soaked in blood,” Rios recalled. “He was just so proud of it. He could have ran away crying. Charlie didn’t. He never has.

“He’s just the opposite. It’s why he kept coming back at the same kid five times, until Charlie won and retired the kid. I knew Charlie was always special. But I’ll never forget him telling me, ‘Coach, I could beat that kid.’ Charlie just destroyed that kid at around 10 or 11. He matured really fast at a very young age.”

Sheehy, who’s represented by Peter Kahn, a 2019 BWAA Manager of the Year nominee, finished third in the 2020 U.S. Olympic Team Trials by a controversial decision to Ernesto Mercado, after placing first in the Western Qualifier, first in the 2018 National PAL tournament and second in the 2017 Elite National Championship.

“Charlie has an incredible ring IQ,” Rios said. “You would think Charlie is a 40-year-old veteran with the IQ he has. He’s been exposed to every scenario in the ring, and he catalogues it.

“Another trait is his uncanny ability of staying calm. He’s always been confident. He might feel butterflies, but he knows how and when to jump into a moment.”

Top Rank’s Bob Arum and numerous other promoters have approached Kahn about Sheehy, who is now the Olympic 138-pound alternate after Keyshawn Davis.

“With Charlie training with the Olympic team, I’ve been getting offers from all of the major promoters,” Kahn said. “I had breakfast with Bob about Charlie and an offer was made. We were hoping to finalize everything after the Deontay Wilder-Tyson Fury rematch. Everything changed after the COVID-19 situation.”

If he were to compete in Tokyo, it was recently conveyed to Kahn from the U.S. coaches, they feel Sheehy could medal. In the meantime, Sheehy has been training with the US national team with the hopes of one day fighting in Tokyo.

When Mercado saw his place blocked by Davis, he opted to represent Nicaragua for the 2021 Olympics, allowing Sheehy to move into his slot.

After he lost to Davis in the U.S. Olympic Trials, Sheehy returned to his corner and told Rios straight up, “I didn’t do enough.”

“Let’s see what Keyshawn does.”