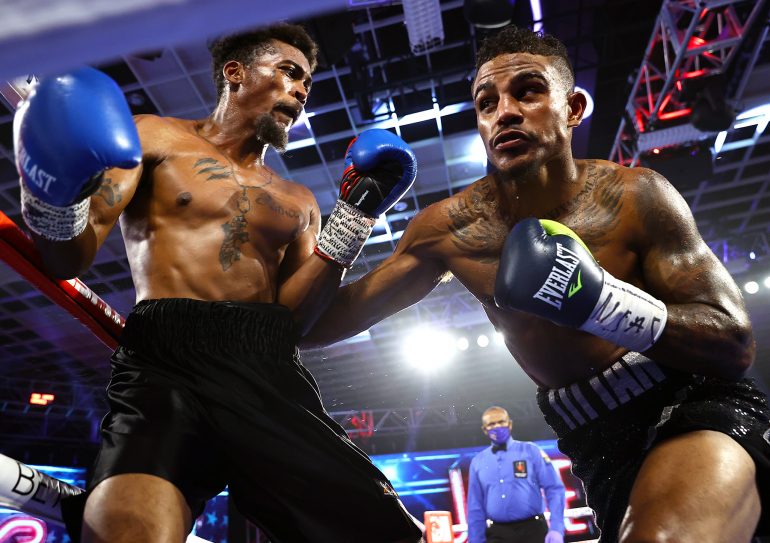 Judges Erick Cheek and Adalaide Byrd scored the fight for Jones, 59-55 and 58-56, respectively, while Tim Cheatham somehow had it a draw at 58-58. For Jones, it was his second bout in as many weeks inside “The Bubble” at the MGM Grand in Las Vegas.

Jones, now 9-2 (3 KOs), last fought on June 16 during another Top Rank on ESPN card, coming up short against Nikoloz Sekhniashvili. ESPN commentators Timothy Bradley and Andre Ward were critical of his performance on that night.

To his credit, he took the criticism to heart and fought much better tonight. Focusing on his jab, Jones out-landed Stubbs 53 to 44 overall, including 17 to 7 in body connects.

Stubbs (6-1, 2 KOs) suffered his first loss tonight as a pro boxer. The Riverside, California native, who has also fought six times in professional mixed martial arts (MMA), came to boxing late and it shows. Some of his MMA footwork and punching technique showed tonight, as he seemed just a step behind his opponent all night. Jones appeared to see everything coming at him, countering with left check hooks and keeping Stubbs off balance with his jab.