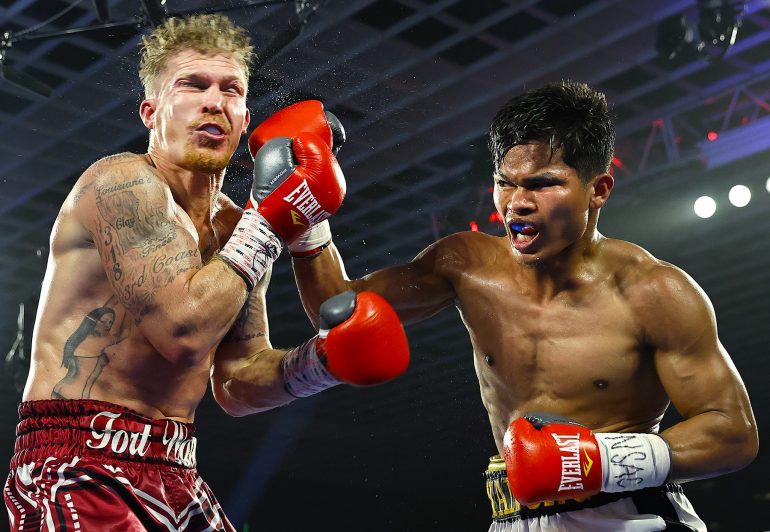 Clay Burns and Reymond Yanong put on a fun fight Thursday evening at The Bubble inside the MGM Grand in Las Vegas.

It was an offensive display for the pair of junior welterweights, but it was Yanong who did enough in the last four rounds to win a split decision over Burns.

Yanong struggled to land punches consistently during the first two frames but turned things around from the third round on in their six-round affair. 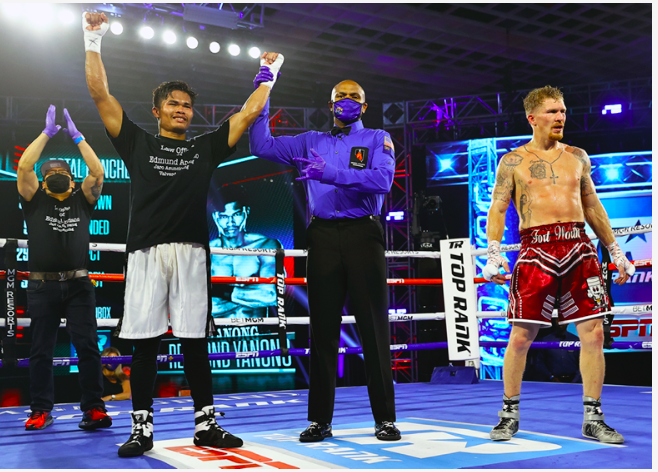 Yanong triumphed at The Bubble, and on ESPN. Mikey Williams gets the moment of truth, for Top Rank.

Yanong, 26, of Paranaque City, Philippines, kept Burns, of Fort Worth, Texas, at bay with his jab and followed up with solid right hands that rattled his opponent.

While Burns got off to a fast start, his fuel pressure gauge soured by the fourth round, as he fought fatigue and Yanong’s power, which reddened both sides of his face.

Burns (9-8-2, 4 KOs), 33, who has lost three of his last four fights, mustered all of his strength in the sixth round tottery and knock out Yanong, but it was not enough to sway the judges.

In the opener, Kingsley Ibeh avenged the only loss of his professional career with a fourth-round knockout of Waldo Cortes on the ESPN card at The Bubble. 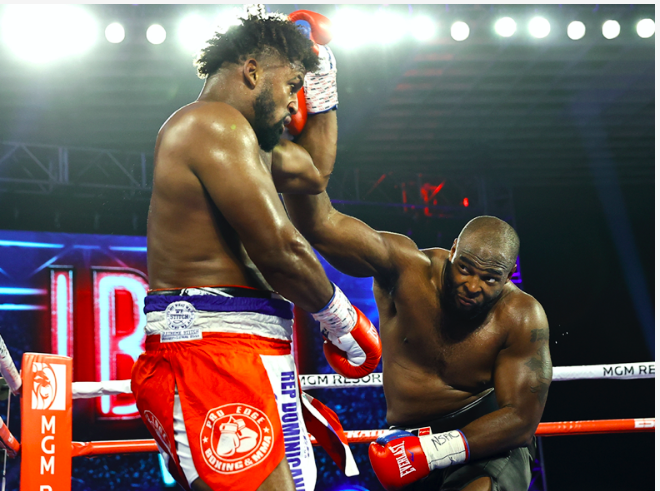 The fight took place on the undercard to the 10-round bantamweight contest between Jason Moloney and Leonardo Baez.

In the first round, Ibeh, who dropped a split decision to Cortes last October, charged at his opponent to open their six-round contest. However, both fighters struggled to land anything meaningful.

The second round started the same way as the first frame with Ibeh charging at Cortes and throwing heavy shots. He managed to land a left hand and Cortes scored with a pair of right hands. But the action was plagued with sloppy fighting by both men.  Not much occurred in the third round, other than Ibeh and Cortes swinging for the fences.

Ibeh (4-1, 4 KOs) closed the show in the fourth round. He trapped Cortes against the ropes and unleashed a slew of uppercuts that badly hurt him. Cortes swung back while stumbling across the center of the ring, but Ibeh countered him with a series of shots and knocked him to the floor. Cortes beat the count but turned his back to referee Jay Nady, who waived off the fight.

Cortes (5-3, 2 KOs), 28, a Dominican Republic native based in Phoenix, dropped to 5-3 with two knockouts. This was the first time he had been stopped since his professional debut in June 2017, at the hands of Adam Stewart.