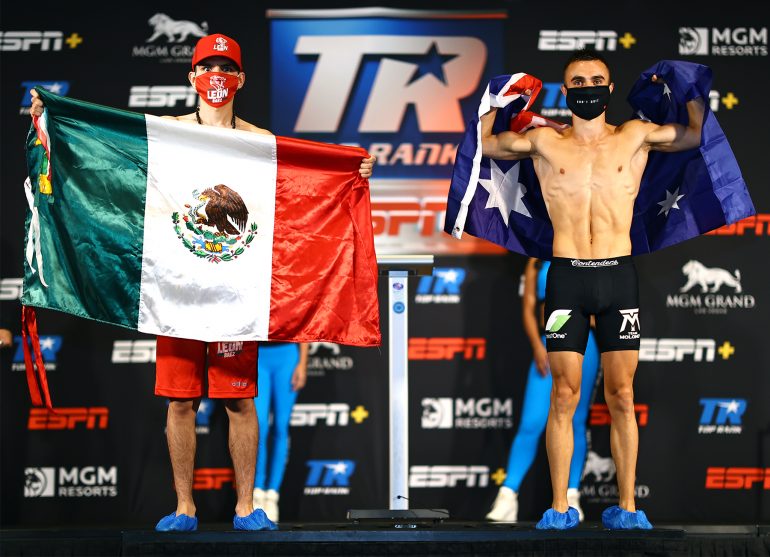 Will Jason Moloney be able to salvage a split this week for his brother or will Leonardo Baez pull off another upset victory?

Moloney and Baez will square off Thursday night at the MGM Grand Conference Center in Las Vegas, Nevada. The 10-round bout will air live on ESPN (8 p.m. ET/ 5 p.m. PT).

Moloney weighed 117.7 pounds at Wednesday’s weigh-in. Baez weighed in at 118.3 pounds, which was .3 pounds above the contracted limit of 118 pounds. Both sides met afterwards and approved Baez’s weight for Thursday’s fight.

The 29-year-old Moloney (20-1, 17 knockouts), who resides in Kingscliff, Australia, stopped Nicaragua’s Dixon Flores in round 2 of his last fight on November 15. He has won his last three bouts since losing a close split-decision to Emmanuel Dominguez in October 2018.

Moloney, who is managed by Tony Tolj, is ranked No. 6 by The Ring.