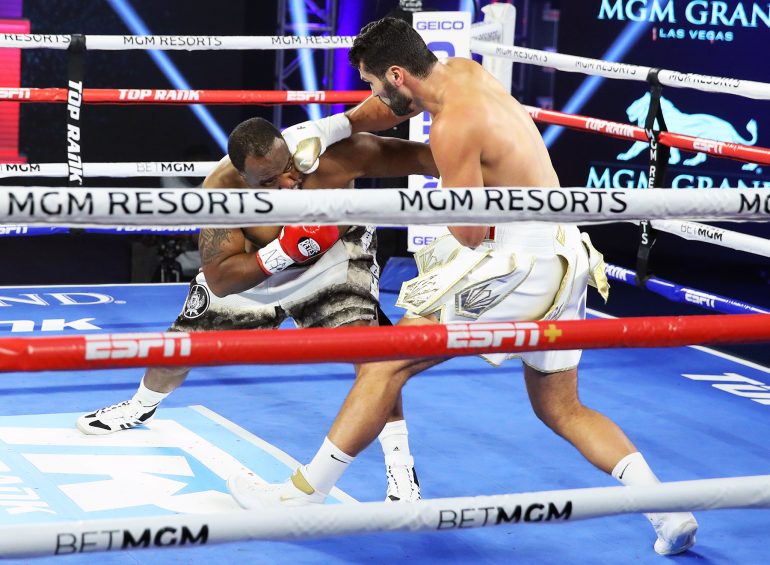 Italian heavyweight prospect Guido Vianello brought down the hammer in a first-round knockout of Don Haynesworth to remain perfect.

Vianello floored Haynesworth flat on his back with an overhand right, and referee Jay Nady stopped the fight 2:16 into the opening frame at MGM Grand Conference Center.

The fight was the third of a five-bout card televised on ESPN and headlined by WBO 126-pound titleholder Shakur Stevenson’s debut at 130 pounds against Felix Caraballo in a non-title bout.

Vianello, who represented Italy at the 2016 Summer Olympics, not only remained undefeated but also continued his streak of knockouts. The 6-feet-6, 239-pound Vianello has knocked out all seven of his opponents.