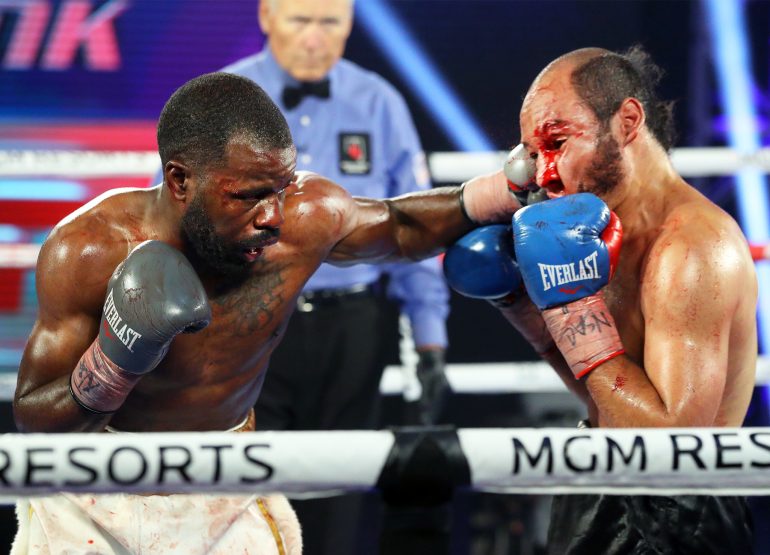 The fight marked the second of a five-fight card televised by ESPN in the first live boxing broadcast in the United States since the COVID-19 pandemic.

Cash (12-2, 7 knockouts), 28, who was fighting five years to the day of his mother’s tragic passing, couldn’t keep Metcalf off of him for much of the fight, but landed the more telling blows in their all-action middleweight fight at MGM Grand Conference Center in Las Vegas.

The bout came to an abrupt end in the sixth due to a nasty gash above Metcalf’s left eye, which was caused by an accidental head-butt in the second round. By the end of the fight, the cut had turned into a crescent shape.

Judges Max De Luca (60-55), Patricia Morse-Jarman (60-54) and Steve Weisfeld (59-55) each scored the fight for Cash, who has won two fights in a row since dropping back-to-back contests against Gerald Sherrell and Mark Hernandez back in 2018.

Cash was the more active fighter in the first round, connecting with a slew of quick jabs and left hooks, but Metcalf snuck in a hard left to the body late in the round.

An accidental clash of heads in the second round opened up a gruesome cut over Metcalf’s left eye.

Cash clobbered Metcalf with lefts and rights throughout the third round, but a bloodied Metcalf continued to come forward and smother him.

The fourth round was closely contested, but neither fighter was bothered by the other’s blows.

Cash connected with a hard left hook to the head in the fifth round, but Metcalf shook it off.

Referee Jay Nady twice admonished Kansas City’s Metcalf in the fifth round for leading with his head and warned the 25-year-old that a third violation would result in a point being taken away.

The ringside physician stopped the action at the 35-second mark of the sixth round, which led to the bout going to the scorecards.