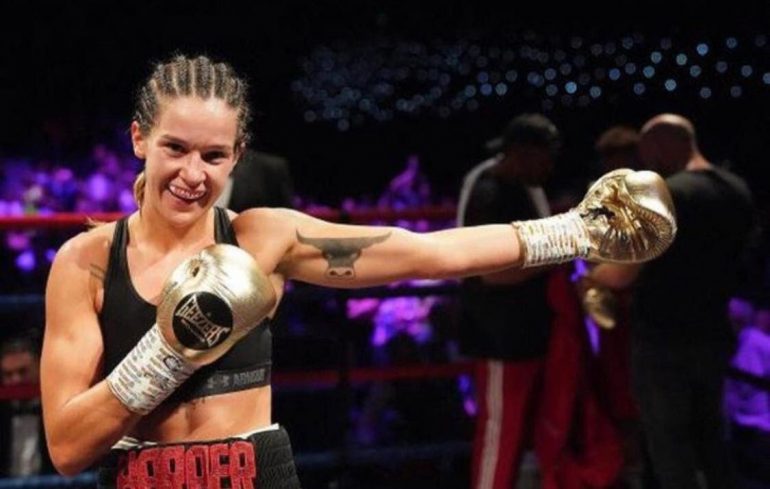 27
May
by Thomas Gerbasi

Jack Osbourne? Yes, the son of Ozzy is the reason WBC 130-pound titleholder Terri Harper first put on the gloves. And yes, we have to hear this story. 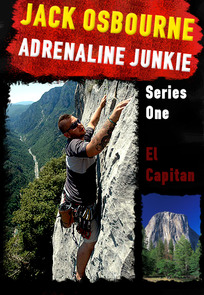 “I was just randomly watching his TV program years ago, it was called Jack Osbourne: Adrenaline Junkie,” recalls Harper, laughing all the way. “I was watching that with my dad, and I think he (Osbourne) was over in Thailand doing Thai Boxing. So, my dad was like, ‘What do you reckon to give boxing a go?’ We went and found a local boxing gym, and from then I fell in love with the sport and I’ve never looked back.”

It is, but we can thank Jack for bringing Harper into the fold, and maybe watching him go out of his comfort zone will prepare the Denaby product for what may be a July bout against Natasha Jonas in promoter Eddie Hearn’s back garden in Brentwood.

“I thought, wow, of all places,” said Harper of the Matchroom Boxing boss’s plans to bring boxing back to British fans by having fights on his estate. “Everyone’s asking me how I feel about it and I just say it’s gonna be an experience. Obviously, Eddie and Matchroom are working endless hours for this to run smoothly. A lot of work’s getting put into it and it’s gonna be a special night of boxing.”

That’s for sure, especially after the COVID-19 pandemic put big-time boxing on pause over the last few months. It’s been a tough time for all boxers, especially for someone like Harper, who delivered a statement in February when she scored a dominant win over longtime 130-pound beltholder Eva Wahlstrom to add the WBC title to the IBO crown she won by defeating Viviane Obenauf last November. It’s been a whirlwind, to say the least, for the 23-year-old with just ten pro fights to her name who now has to adjust to going from prospect to champion to star in the space of six months. 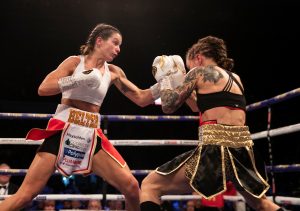 “To be honest, it’s gone fast for me,” she said. “In the three years I’ve been pro, so much has been achieved already, but I kind of had to adapt to the outside of boxing and the lifestyle. When I first turned pro and I had a fight, I used to go out and celebrate with my friends and my family. Now I’ll have a fight and I just go back to the hotel room and I’m already thinking about my next fight and what I could have done better. I’m always thinking how I’m coming across to everyone else and I want to be a good role model. You’ll never see me with a drink in my hand now, so it’s that kind of stuff, making sure I’m professional outside of the ring just as much as I am in.”

Harper has handled the transition like a champ, pardon the pun, but it would have been nice for her to keep the momentum going from the Wahlstrom fight with a quick turnaround to face 2012 Olympian Jonas in what is a huge domestic matchup in the UK. But that’s okay, because Harper did have someone around to pick a fight with her during the pandemic in the form of 2016 United States Olympian and unbeaten pro Mikaela Mayer.

Mayer, the WBC’s No. 1-ranked contender at 130 pounds, took issue with Wahlstrom taking an optional defense against Harper, and she let the internet know it. Harper (and even Hearn) responded, and a nice little Twitter war broke out.

I’m the top contender in this division. I have been for over a year. It’s not an opinion, it’s LITERALLY a fact. Women don’t have strict mandatories like the men’s division does…. otherwise these champs would have no choice but to fight me. This generation of women boxers are here to change that.?? I’M the future undisputed champion of the 130lb division. Fight me if u disagree. ❤️ #boxing

“When I first turned pro, I was following a lot of professional girls on social media and Mikaela was one of them,” said Harper. “I was watching her stories and social media posts and thinking, wow, this girl is really good. Obviously, I’ve got on with my boxing career and towards my tenth fight with Eva, I heard stories that Mikaela’s been saying stuff and I kind of just ignored it because that’s really not the way I roll really with beef on social media. Then I don’t know if the isolation and lockdown had got to me (laughs), but I saw her post on Twitter and I just bit back and from that it went a bit crazy. But I think it is good for women’s boxing and it shows the competitiveness of it.”

It also reminded the boxing world that there are some quite intriguing matchups out there that don’t necessarily include the usual names that get bandied about.

That’s good for the sport. And as far as the Harper-Mayer rivalry, the “Belter” isn’t backing down from a fight with the Californian and she doesn’t believe promotional entanglements will get in the way of it. 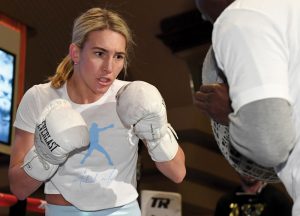 “Me being younger, I’m not naive but I’m not really clued up with the politics of boxing,” she said. “But I’m learning as I go on and (manager) Andrew (Bulcroft) has been teaching me a lot as well. I just fight who I’m told the fight and I’ll leave that to Eddie and my manager Andrew. But I’m looking to fight Mikaela and the thing with her that gets to me is she thinks I’m scared of her and I’m not. Let the fight build up and let’s get some attention behind it. But if we were scared of people we wouldn’t be in this game.”

Harper proves that she’s built for this not just by stepping up those four steps into the ring, but by taking on the competition she has in such a short time. Take away the first four fights of her career, and it’s been all fellow prospects, contenders and champions since then. That takes a lot of dedication to reach that level that fast, and also a lot of sacrifices that most people her age couldn’t fathom.

“Obviously I’ve lost out on a lot of family time,” she said. “I’ve missed out on holidays, missed out on parties, and stuff like that. But then I strip it back and I think I’ve got a chance here to change my life. If I work hard in my younger years, then I’m just gonna sit back and enjoy my retirement. So I think all these sacrifices that I’m making now will pay off.”

They’re already starting to produce dividends. Harper recently bought a house, and on a vibrant British scene in terms of women’s boxing, she’s risen to the top rung of the ladder as only the second woman from her nation to win a major world title (following Nicola Adams), with the potential to one day be the gold standard for the sport at home. That’s some future staring her in the face, but just like she’s not backing down from Mayer, she’s not backing down from she hopes is her destiny, either.

“I still don’t see myself as this big role model,” she said. “Sometimes I have to pinch myself when I think, wow, these girls and young boys are looking up to me. It’s crazy that my name is being mentioned alongside these other great names, but it’s amazing and it’s something I’d like to continue to do.” 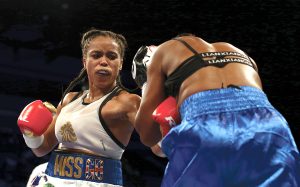 Domestic rival Natasha Jonas (in action against Feriche Mashauri) is next for Harper. (Photo by Jan Kruger/Getty Images)

She can start on the rest of her career with a win over Jonas, who bounced back from her lone pro loss to Obenauf in 2018 to win three straight. But Harper is confident that she will leave with the words “And Still…” ringing in her ears.

“Natasha keeps saying that she’s better than me and stuff, but I’ve really been doing my research and I’ve been looking at the previous fights she’s had and there’s nothing there to show that she is better than me,” said Harper. “I’m young, I’m 23, I’m hungry, I’ve just won this world title and there’s no way I’m gonna let it slip out of my hands that easy. Natasha’s gonna have to have a really good night in the office if she wants any chance of winning the belt. I’m doing everything I can and leaving no stone unturned so I’m making sure I’m coming out of the ring still the WBC world champ.”

Clearly a pandemic has not slowed Terri Harper down. Must be that Jack Osbourne: Adrenaline Junkie influence kicking in.