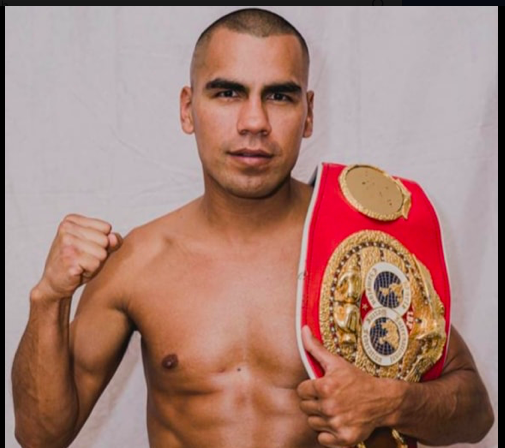 ‘King’ Carlos Molina will promote his seventh boxing event, though, it almost goes without saying, this card will be unlike any other sporting event he’s put together, or taken part in.

King Carlos Promotions in association with Roy Jones Jr. Promotions, are running a card Saturday, May 23 from Patzcuaro, Michoacán, Mexico. No, you cannot watch, not unless you are in the ring there, basically, or you watch a stream on YouTube or Facebook.

There’s the potential for a wee bit of extra stress–Molina will promote the event, fight in the featured bout…and make sure proper protocol is followed to minimize risk of exposure to coronavirus.

“I’m very excited to promote and fight on this event in Patzcuaro,” said the 36 year old Molina, in a release which went out on Wednesday afternoon. “This is the seventh event my promotional company has presented except this time there won’t be any fans in attendance. We’re working with the local commission and taking very strict medical precautions far beyond the typical boxing event to ensure the safety of the fighters, their teams and the event production staff.”

Molina will wear a couple hats on this night; the 31-11-2 boxer with ten knockouts will face Michi Munoz (27-10-1, 18 KOs), of Leon, Mexico in the ten-round junior middleweight main event. He’ll probably then blow off a shower, and check in with the production crew, make sure the stream went OK. At least he won’t have to do oversight on the gate receipts, right?

Molina is in his 17th year as a professional and he’s won three of his last four bouts. He holds wins over Cory Spinks, Ishe Smith and Kermit Cintron, and has a rep of always being in solid condition. The pugilist/businessman also fought to draws with Erislandy Lara and Julio Cesar Chavez Jr, and has rebounded pretty well after a four fight slide. (2017 into 2018.)

We’re thinking Molina is healthy, and in training for this main event, yes? “I am good, safe and healthy, about to go hit the gym,” he told me late Wednesday afternoon. “Promoting and fighting in Mexico. Tired of depending on promoters for fights so I started promoting myself!” He has fought on three of the six he’s done so far, he shared. 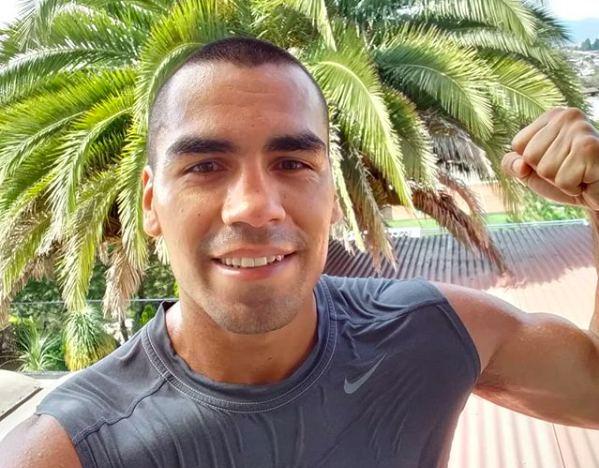 IS MOLINA RESPECTING THE VIRUS? “Yes, this thing is for real! That’s why we are being real cautious all around. We wear face-masks for the very little we do go out and disinfect everything. And train in empty gym!”

Molina, born in Mexico, lived in Chicago, now back to living in Mexico, doesn’t sound anything but pumped to take on these challenges. “If this was my first event I would be so lost,” he said, chuckling. And can we assume there will be copious attention paid to health and safety of all involved on this show, in light of the recent assault by COVID-19 all over the world? “Yes, we are going to take all the medical precautions to ensure everyones’ safety!”

Mexico has reported about 16,800 COVID cases, with about 1,600 deaths, to this point. If you are curious, as I was…is Molina looking to get COVID tests for all participants on the May 23 show? “That’s the plan,” he told me.

So, it’s looking and feeling like a thawing is happening. Pro boxing ran in Nicaragua on Saturday, and that event allowed fans into the joint. Fights unfolded at the Alexis Arguello Sports Complex in Managua, Nicaragua, promoted by former world titlist Rosendo Alvarez. According to ESPN boxing writer Steve Kim, everyone was masked: “Only once the boxers were inside the ring did they take theirs off. Their trainers and other cornermen all wore masks throughout, as did everyone else around the ring, including the cameramen and photographers, who were on or near the ring apron. Same for the ringside officials, judges and referees.” 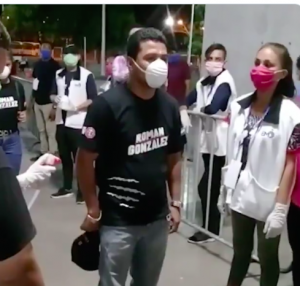 Kim wrote that everyone coming into the building was asked to wipe the bottom of their shoes, had their body temperature taken and a disinfectant was sprayed on their hands.

Alvarez campaigned as a pro from 1992 to 2006 and tried one more fight in 2012. He held belts at minimum weight and then light fly. Maybe it makes sense for a former fighter, someone who has been there, done that, and, we’d think, would have an extra measure of respect for the warriors who take the risks, to wade in where others fear to tread. Nicaragua seemed a good site for a return to live eventing, being that as of Wednesday, 13 cases of COVID and just 3 deaths have been reported in that nation.

Yes, it looks like this blackout is lifting, bit by bit.

BoxRec lists events for this coming Saturday, two in Germany and one each in Thailand (3,000 or so cases, about 200 deaths, Japan (13,700 reported cases, about 400 deaths) and Austria (15,400 reported, 600 deaths approximately.) (NOTE: Some events that have been cancelled haven’t yet been scrubbed from BoxRec, so a true tally on how many cards are on the books now is a murky matter.) However, Germany has seen an uptick in cases of infections after shutdowns were lifted, so things could change there, if those events had indeed been “a go,” regarding the live events.

Germany has had just over 152,000 confirmed cases, according to Science Magazine, but only 5500 deaths, fewer per capita than most European countries. That “good news” made some leaders there very gung-ho to open schools and such. Last Saturday, a 13 bout event was open to the public, in Elmshorn, a town near Hamburg.

One thing to consider as we try to consider all angles of re-entering the arena–boxers are used to making amends with anxiety, and showing grace and courage under fire. These are the right sorts of people to return to the fray, while the plague continues to pinball around the planet.

My three cents: In America, right now, citizens in the states of George, Florida and Texas, among others, are doing a calculus in their head, risk vs reward. The calculus is harder, by and large, for people not insulated from this economic horror show. Those without a nest egg are more so compelled to venture out, to “earn a living,” even if they have pre-existing conditions that make it more likely their immune system would have a hard time fighting off coronavirus. That dynamic is shining a light on a gaping division, of race and class, in America. Insulated elites repeat a call to “re-open the economy,” which means wage earners have to trust in employers that working conditions are as safe as can be. I see the other side, understand that there will be a push to re-start stalled engines of commerce. But when you see stuff like this…

…unless you are a season-ticket holder for that team, you probably realize that many if not most of our “leaders” don’t own the level of regard and sympathy for your existence, for your life, as you’d hope.

Most of us treasure sports as a diversion, but now and again, things come together that make more of us realize that sports, the economy, politics, these things are more tied together than we comprehend. I think it will be awhile before it will feel like it did, when we watch live boxing events. But there will for certain be moments when we can get lost in a frenzied back and forth, a late round stoppage surprise, the underdog showing bite after barking, and taking down the A side. Molina hopes for that, on May 23, except for the last.