Brian Ceballo Survived Being Bullied To Become A Rising Star 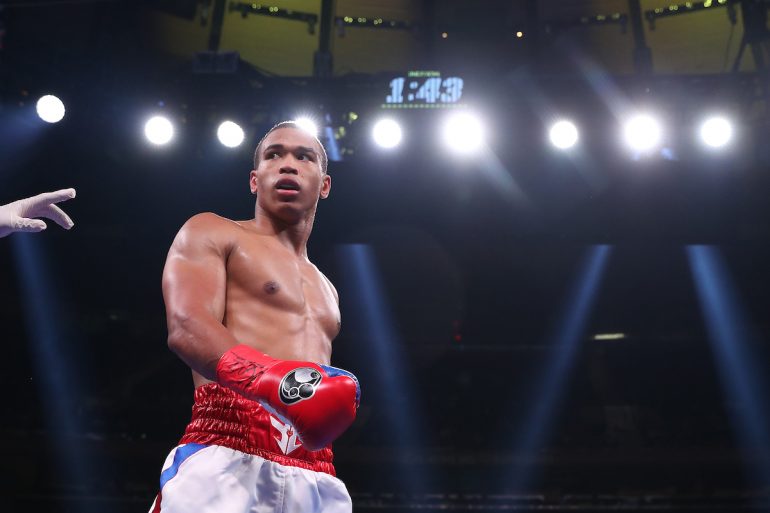 Brian Ceballo could have easily walked away from boxing and never returned—and no one would have questioned it. Each day, he would wonder what he was putting himself through. He didn’t know. He had no reference points.

He was only eight at the time when he would get pummeled by the same kid, “Sugar Boy,” whose father happened to also be training Ceballo. When there was a break, Sugar Boy, whose full name Ceballo can’t remember, would receive instruction from his father, while Ceballo received nothing but lumps and bruises. For four months in a Brooklyn boxing gym, as Sugar Boy’s confidence grew, Ceballo’s faith in himself was being destroyed. Bad habits formed. He would close his eyes and put his head down when Sugar Boy bullied him, because Ceballo was never taught how to defend himself.

Finally, word got back to Cabello’s father, Cristino, about what was going on; how his son was being used as a sacrificial lamb to make the trainer’s son better. Ceballo was being taught to lose.

“I remember that time, alright,” Ceballo recalled. “Everyone would tell my father what was going on when he picked me up from the gym. It took me quite a while to get over that. About two years later, I did. Boxing gyms are supposed to be places of encouragement and positive reinforcement, especially for a young kid first learning.

“I didn’t get that. I was being taken advantage of. It put my ego down; everything. My mental state was down. It created a lot of bad habits for me, because I didn’t know what to do.”

Today, Ceballo finds himself a skilled, undefeated 5-foot-10 welterweight with an 11-0 record, and six victories coming within the distance.

Ceballo’s late pro start comes after an extensive amateur career, when he went 206-13, getting beat by Paul Kroll and Ardreal Holmes, in a controversial decision, in the 2016 U.S. Olympic Trials, and topping off his amateur career by winning the 2017 U.S. National Championships by defeating Quinton Randall.

“I was worn down with the amateurs,” said Ceballo, who’s 26. “I was a little down after losing in 2016. I made a promise to myself that if I ever step away from boxing, I would never come back if I wasn’t in shape. Too many fighters try to train themselves into shape. I don’t like doing that. I try and stay in shape all year round.

“After 2017, I just got tired of the inside politics of amateur boxing. It’s when I started looking at a promoter and a manager. The people that run amateur boxing play too games with fighters and this is their lives who are depending on their help.”

In mid-2017, Ceballo signed with New York-based manager David McWater and Cleveland-based Tim VanNewhouse. His pro debut arrived in March 2018, when he stopped Luis Alberto Lopez Longoria in one round.

“Brian is a really smart kid, and once you tell him something, he gets it immediately and wants to work on it,” said Colin Morgan, Ceballo’s trainer. “He’s enthusiastic and wants to learn more and more. For instance, one time I mentioned to him about what Bernard Hopkins does off the hook. The next day, Brian came back into the gym and did it. He told me that he researched it and saw how Hopkins did it.

“He sees something and can do it. He has a great work ethic. He has that great ability to slow things down and see things in the ring that a lot of guys don’t see. His only drawback is his lack of pro experience. I’d like to see him sit down more on his punches, and punch harder. That will come in time.

“He can be a world champion. He has the talent.”

Ceballo has no regrets for starting his pro career late. He also possesses a bachelor’s degree in finance.

“I’m more mature now, so starting in 2018 was the right time for me,” said Ceballo, who last fought in October, stopping Ramal Amanov in three. “I actually think I’m ahead of a lot of people because of my amateur career. There’s not as much wear and tear on my body. The maturity both physically and mentally plays to my advantage.”

Ceballo is trying to find imaginative ways of staying in shape while the country is lockdown during the COVID-19 pandemic. He’s staying active by working out.

“I can fight again in a month or two, at most, on notice,” Ceballo said. “I’m trying to be physically ready. It’s like a product. They see it, and they see it again, and they like it, they want to see it again. My goal is keep fighting and getting myself out there. I want to and hope I can make a career out of boxing. But I have my college degree, and every company can always use a finance person.

“Through time, from an outsider’s perspective, if I saw someone going through what I went through, it was bullying, and I would do something about it like my dad did. I fought that kid who bullied me a few years later, and I beat him in a tournament.”