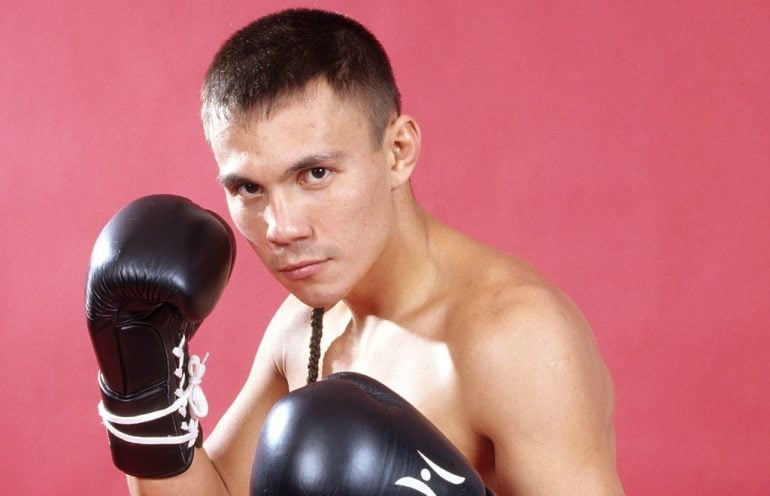 Photo from The Ring archive.
16
Apr
by Anson Wainwright

Editor’s Note: This feature originally appeared in the December 2016 issue of The Ring Magazine.

One of the more remarkable journeys in recent years took Kostya Tszyu from an obscure mining town in central Russia to the International Boxing Hall of Fame.

Tszyu was born to a Korean father and Russian mother in the city of Serov, in the eastern foothills of the Ural Mountains. He was 9 years old when he took up the sport that would make him a worldwide star.

He was a standout amateur for the Soviet Union, reportedly compiling a record of 259-11 and hitting his peak when he beat Vernon Forrest to win the junior welterweight gold medal at the 1991 World Championships in Australia.

Tszyu liked Sydney so much that he emigrated there after the Soviet Union collapsed and made his pro debut on the undercard of Azumah Nelson-Jeff Fenech II in March 1992.

Before he was finished, Tszyu, who fought his entire career at 140 pounds, earned a reputation as one of the most dynamic – and successful – fighters of the 1990s and early 2000s.

“The Thunder from Down Under” didn’t waste any time after turning pro. He challenged then-IBF junior welterweight titleholder Jake Rodriguez in only his 14th fight and emerged with a sixth-round knockout and his first belt.

Tszyu made four successful defenses of his title (plus one no-contest) and was in line to meet reigning superstar Oscar De La Hoya in a big money fight, but his rapid rise was derailed when, in a major upset, Vince Phillips stopped him in May 1997.

He wouldn’t be defeated again until his final fight, in June 2005 – a loss to Ricky Hatton that ended a dominating eight-year run.

Tszyu rebounded from the Phillips loss by winning four consecutive fights to earn a shot at the vacant WBC title, which he won by stopping Miguel Angel Gonzalez in 10 rounds in August 1999. He would succeed in eight more title defenses, adding the Ring, IBF and WBA titles along the way to become the undisputed 140-pound champion. 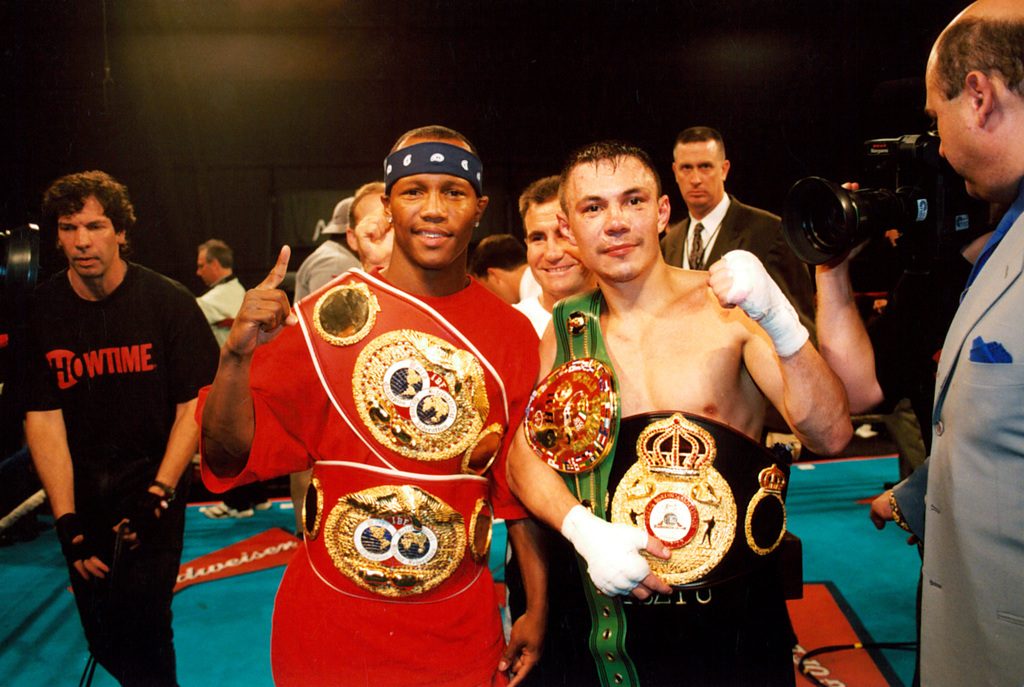 Tzsyu scored a spectacular second-round knockout of Judah (left) in 2001. Photo from The Ring archive.

Tszyu calls his performance against Gonzalez, which earned him The Ring’s Comeback of the Year honors, the finest of his career. “I did everything perfectly fine,” he told The Ring. “I controlled the fight from the first second to the last second.”

Today, Tszyu, who turned 47 on September 19, lives in Moscow with his second wife and their young son. He has three children from his first marriage. He briefly trained fighters but is now focused on his business interests, including a restaurant.

“Honestly, I’m trying to do nothing (but) it doesn’t work (laughs). I’m busy every single day.”

He agreed to speak about the best fighters he fought in 10 categories.

BEST JAB
Miguel Angel Gonzalez: None of them really used the jab as much as they’re supposed to. Gonzalez, because it took me some time to be able to go through the jab to finally stop him.

BEST CHIN
Vince Phillips: I think Vince Phillips. He had been rocked by Ike Quartey but against me I couldn’t put him down. I think Gonzalez had a very good chin; he took huge punishment and never quit.

FASTEST HANDS
Zab Judah: I think Zab was a good, fast puncher. He made a mistake and I capitalized on it.

FASTEST FEET
Sharmba Mitchell: I think Sharmba Mitchell was a good mover. He was awkward in the first fight (but) I was able to find the rhythm for myself and a way to cut the corners properly.

SMARTEST
Ricky Hatton: The way he fought, I think Ricky Hatton. Ricky had the best plan, he created a good plan … to wrestle me (laughs). I wasn’t really able to wrestle myself the way I’m supposed to. Good plan, good tactics and that’s the reason why I lost the fight.

STRONGEST
Hatton: Probably be Ricky, he was a strong guy. I never looked for any excuse after the fight but I made a few mistakes against Ricky in terms of my physical condition. Fighting him at 2 a.m. in the morning … normally I sleep at this time. Unfortunately, I made the mistake of leaving too late. I arrived two weeks before the fight – enough time but I didn’t adjust to the time. I changed the time zone twice, the first time by traveling to the U.K. And secondly, (I was) not able to train at night time to prepare my body for the night, not sleeping. My body was sleeping. I felt my adrenaline would help me but my experience went against me because I didn’t have any adrenaline in the fight.

BEST PUNCHER
Phillips: Probably Vince Phillips. It wasn’t my best night but I felt his punches. It’s not an excuse but I wasn’t in the best shape of my career against Vince Phillips. I was ill, I had anemia. … I felt every punch he threw. In a normal situation, I thought there wouldn’t be any problem with (beating Phillips).

BEST SKILLS
Judah: Sharmba was a very intelligent fighter. Zab was a very talented fighter but he never had discipline that he should have.

He’s the huge legend in my eyes and I fought him in not his best condition but again that’s not an excuse for me or him. I fought in not the best condition against Ricky. I never thought I was gonna lose to him. At the same time Chavez wanted desperately to be a champion again but at that time no one could stop me.