Floyd Mayweather Jr. on his uncle’s death: ‘Roger meant the world to me’ 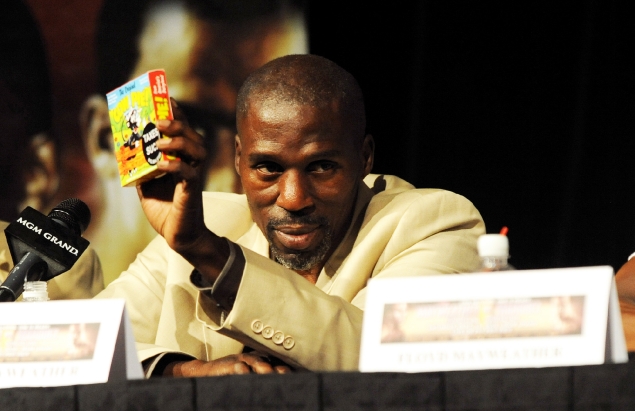 Floyd Mayweather Jr. has issued his first statement following the loss of his uncle Roger Mayweather, who died today at age 58.

“My uncle was one of the most important people in my life inside and outside of the ring. Roger was a great champion and one of the best trainers in boxing. Unfortunately, his health was failing him for several years and now he can finally rest in peace. Roger meant the world to me, my father Floyd Sr., my uncle Jeff, everyone in and around the Mayweather Boxing Gym and the entire boxing world. It is a terrible loss for all of us. We are thankful for all the love and well-wishes we have already received as word traveled about Roger’s passing. It helps me to see that he was able to touch so many people through his life in boxing, because he gave so much to the sport, which was his first and longtime love.”

Prior to training his nephew, Mayweather won multiple titles in a 72-bout professional career. He won the WBC junior welterweight title in March 1988, when he knocked out Mauricio Aceves in Los Angeles. He defended the title three times until Julio Cesar Chavez Sr. stopped him in the 10th round of their May 1989 rematch in Inglewood, Calif.

Mayweather guided his nephew to 34 of his 50 victories, but was unable to train him during the latter portion of his Hall of Fame career due to a plethora of health problems. Mayweather Jr. has cited his uncle’s failing health as one of the reasons he decided to hang up the gloves.

“This is a sad day for the Mayweather Promotions family because that is truly what Roger was to us,” said Leonard Ellerbe, CEO of Mayweather Promotions. “On top of being a phenomenal fighter in his own career, Roger was one of the most essential parts of guiding Floyd to the incredible career he had in becoming the best ever. We hope you keep Floyd and the entire Mayweather family in your thoughts and prayers during this time.”