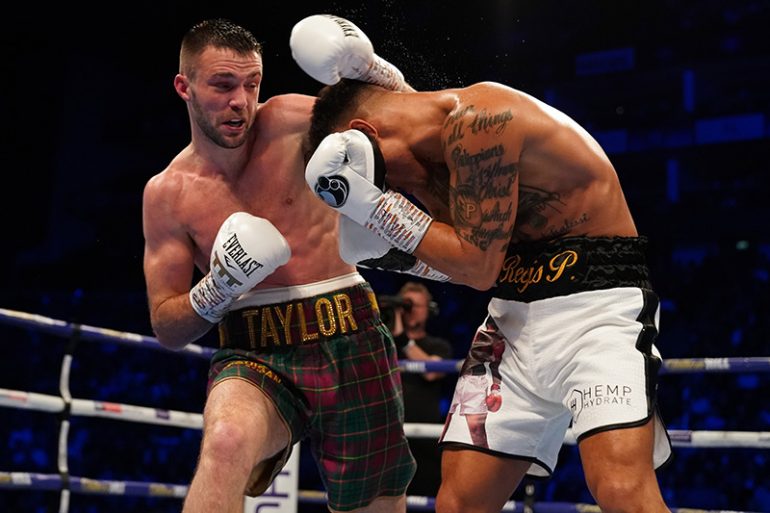 Taylor enjoyed a banner year in 2019 and he’s one of the hottest young fighters in the world today. The proud Scotsman lifted the IBF title from Ivan Baranchyk and the WBA belt from Regis Prograis, both on points decisions. The latter of those victories also saw Taylor claim the vacant Ring Magazine championship and the Ali Trophy.

The chairman of Top Rank, Bob Arum, is pleased to add the Edinburgh man to his roster.

“Josh Taylor is one of the world’s best fighters, and he is a fight fan’s fighter; a tough guy willing to fight anyone we put in front of him,” said Arum. “Whether it’s Jose Ramirez in a fight for the undisputed junior welterweight title or any of the welterweights out there, he’s ready for the biggest challenges.

“I want to thank Josh’s advisors at MTK Global, who have the same goal as us, which is to make him an international star.”

The 29-year-old southpaw is excited to have a fresh start.

“A new year, a new decade with lots of new beginnings, and I’m starting this new decade with a big bang,” Taylor (16-0, 12 knockouts) said. “2019 was a huge year for me, but 2020 looks set to be even bigger. I’m delighted to have signed a deal with Top Rank and ESPN and an advisory contract with MTK Global.

“I believe I am with the best team to take my career to the next level. I couldn’t ask for a better partnership.”

This signing obviously makes the undisputed championship fight with Ramirez, the WBC and WBO titleholder, a lot more realistic. Taylor has also expressed his desire to square off against Terence Crawford, another Top Rank fighter, when he eventually moves to 147 pounds.

“Obviously we know what the bigger fights down the road are,” said Top Rank Vice President of Operations Carl Moretti. “We are thrilled to have him part of Top Rank, knowing that he wants to fight the best.”

But the news came as a surprise to Barry McGuigan’s Cyclone Promotions, who have been in charge of Taylor’s career since he turned professional in 2015. The company issued the following statement:

“We have successfully brought Josh to the pinnacle of the sport from the day that he turned professional, including working alongside other stakeholders in boxing to deliver him the biggest fights.

“Josh became IBF world champion in May 2019, unified champion in October 2019, and we have been working since then to plan the next stage of his career. We are saddened that Josh has felt the need to attempt to break his contract in this manner and frustrated at those who have caused him to do so.”