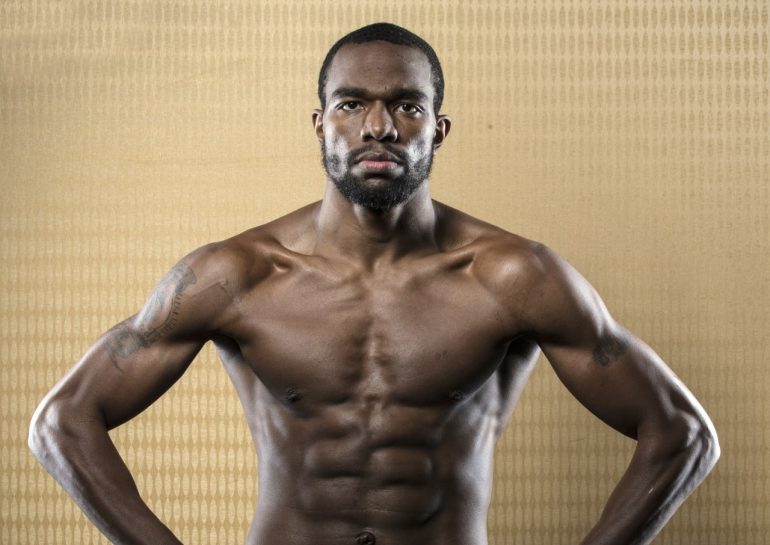 Jesse Hart knew the voice on the other end of the phone that sounded like it carried a pile of gravel with each word. He was seven, when Hart’s father, former Philly middleweight Eugene “Cyclone” Hart, would put Bernard Hopkins on the phone with him. “B-Hop” would encourage the younger fighter, whose boxing gloves climbed three-quarters up his young arms, to do the proper things, like run, hit the speed bag, keep working—and listen to your father.

The relationship that developed through time was like a second father figure with Hopkins.

So, when Joe Smith stopped Hopkins for the first time in the last fight of a career that spanned 28 years on Dec. 17, 2017, at the Forum in Inglewood, California, it also hurt Jesse Hart.

“This ain’t got nothing to do with business or purses or who I’m going to fight later on,” said Hart, who’s 30, when the fight was announced on Dec. 14 prior to the Terence Crawford-Egidijus Kavaliauskas fight at Madison Square Garden. “I’m going in there to do some real damage. I got to get Joe.

“Look, y’all know how close I am to Bernard Hopkins. I’ve been talking to Bernard since I was seven years old, back when Bouie Fisher was training him. Bouie used to train my dad when my dad was 13. Bouie would put Bernard on the phone with my dad, and my dad would give him advice. Then he’d hand the phone to me and say, `Here, talk to Bernard.’

“I watched most of Bernard’s fights when I was coming up. When he beat Felix Trinidad he was, like, the hero of the whole city of Philadelphia. An instant icon. That was the biggest day of my life, to be up there on that stage with him when he was honored at the Lucian Blackwell (ceremony hosted by the former Philly city councilman who is now deceased).”

This will be Hart’s second fight at light heavyweight, after making his 175-pound debut seven months in dominating fashion over Sullivan Barrera.

Smith, who’s also 30, needs this far more than Hart. The light heavyweight contender has lost two of his last three fights, including a 10-round unanimous decision loss to Barrera in July 2017. Last March, he was outclassed by WBA light heavyweight champ Dmitry Bivol. Smith says he needs to get his face back out there again among the other 175-pound contenders.

Hart says he doesn’t care what status he receives off this fight.

He’s entering this with one fiercely strong goal—knock out Joe Smith.

Does the fact that Hart thoroughly beat Barrera and Smith lost to him engender more confidence?

“Fighters adapt,” Hart insisted. “I’m coming in confident. I might not fight the way I fought Sullivan Barrera. Who knows? I might step to Joe. I might go blow for blow. We both got power. That’s what I wanna do. I don’t know what nobody else thinks about this but this a fight. If you listen to (Top Rank president) Todd duBoef when he talks about how the fight got made, ‘Jesse called and asked for Joe Smith.’ This wasn’t about rankings, this wasn’t about politics. This wasn’t about I gotta fight this guy to take a step further to be line for a title shot. This wasn’t about none of that.

“This was simply, ‘Yo, see if we can get Joe Smith.’  So, that mentality I’m taking in there. Let’s go. Let’s fight. It’s a fight. It’s not a boxing match. It’s none of that. It’s not strategic. It wasn’t strategically planned.

“The strategy would be to fight Eleider Alvarez because, you know, no, that’s out the window. Get Joe Smith on the line, that’s who I want to fight. Please, can y’all make it happen?  He lost to a guy I beat, but I’m not gonna fight like that come January 11th. You might get me to step to Joe. We might see Joe get floored. We don’t know.”

What is certain: Jesse Hart is mad as hell, and he’s not going to take it anymore.