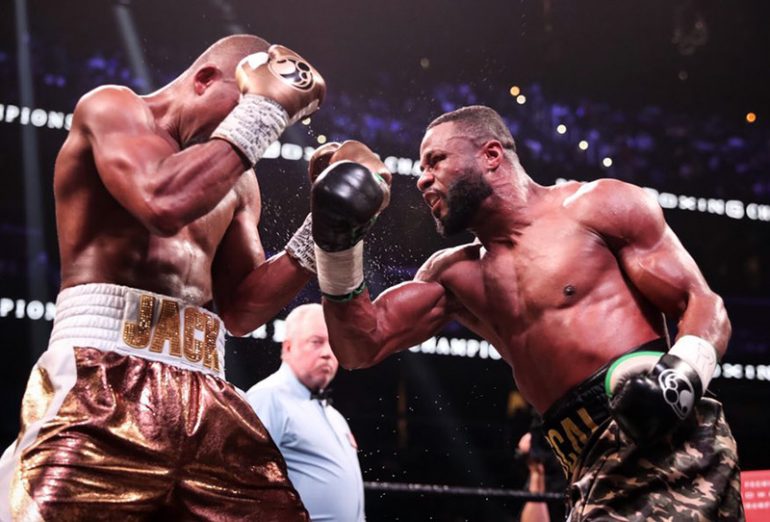 ATLANTA – Jean Pascal had to pick himself up off the canvas in the 12th round before scoring a split decision win over Badou Jack at State Farm Arena Saturday night.

The light heavyweight bout was part of a tripleheader that was broadcast live on Showtime Championship Boxing.

Pascal came into this fight off his upset win over previously undefeated Marcus Browne in August. The Haitian-born Canadian dropped Browne three times before earning a technical decision victory. Meanwhile Jack entered the ring coming off a one-sided loss to Browne in his adopted hometown of Las Vegas back in January. Pascal recently turned 37. Jack is 36. Given both men’s age and styles, most boxing insiders felt this fight would steal the show. They would not be disappointed.

The fight began with a measured pace. The Swedish-born Jack continued to stalk forward looking for counter opportunities, while Pascal used lateral movement and his signature “herky jerky” rhythm to set up offense. Both men attempted to establish their game plan as the tension built through the first few rounds.

Things heated up in the fourth. An overhand right from Jack early in the round backed Pascal up. He followed it up with a nice stick to the body and another straight right upstairs that scored. Pascal stood his ground and landed a big overhand right of his own in the closing seconds, staggering and dropping Jack to the canvas.

Pascal looked to capitalize in the fifth, landing a couple strong left hooks upstairs and downstairs. Jack appeared to have his legs under him and landed enough leather of his own to keep Pascal honest. The middle rounds were mostly fought in the center of the ring, with both fighters having their moments. It was solid action but neither man clearly separating themselves, leaving several swing rounds open to the judges’ preferences.

Jack landed a looping right hand to the chin halfway through the eighth that appeared to hurt Pascal, driving him back to the ropes. But once again the Canadian dug deep and scored with a flurry of his own to close the round. However, his face was beginning to swell and he appeared tired. The championship rounds were tight and tough to score, with good two-way action. 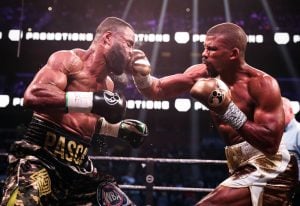 Jack had his moments, landed more punches overall, and won the bout in the eyes of many observers. Photo / @ShowtimeBoxing

Sensing the fight was up for grabs, Jack came out guns blazing in the final round, catching Pascal with a barrage of shots that wobbled and ultimately dropped him. Pascal’s face was a swollen mess and his mouth was open, yet he soldiered on. Both men traded blows until the final bell, capping off a solid scrap between two experienced veterans. Two judges scored it 114-112 for Jean Pascal, with one dissenting score of 114-112 for Jack. Jean Pascal escapes with the split decision victory, improving to 35-6-1 (20 KOs) while Jack slips to 22-3-3 (13 KOs). Many fans in attendance booed the decision, but it felt like a close fight with numerous swing rounds. The punch numbers reveal a different story however. According to CompuBox Jack landed 244 punches to just 155 for Pascal, dominating the jabbing category, 120-35.

“I think I was in control the whole fight,” Pascal said. “I kept him in the middle of the ring most of the time.  Badou is a great fighter, but I won the fight.” Not surprisingly, Jack disagreed. “Of course I feel I won the fight,” he said, “but it is what it is. I thought I was winning but maybe I’m wrong.” Both men said they would be open to a rematch.