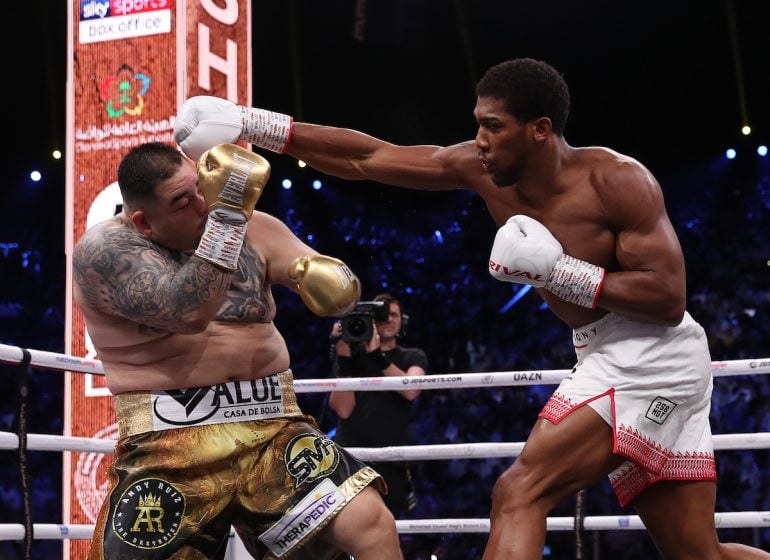 He had a nightmare in New York, but Diriyah turned out to be a dream.

British superstar Anthony Joshua avenged the only loss of his professional career and regained IBF, WBA and WBO heavyweight titles by scoring a 12 round unanimous decision over Andy Ruiz at a temporary arena in Diriyah, Saudi Arabia. The official scores were 119-109, 118-110 and 118-110.

Joshua, who is rated No. 4 by The Ring at heavyweight, boxed brilliantly from start to finish and rarely encountered a moment of difficulty. It was a crisp, tactical display made up of adept movement, a sharp left hand and distance control. Ruiz rarely got near the challenger and was basically defused.

“The first time was so nice, I had to do it twice” said Joshua (23-1, 21 knockouts) in his post-fight interview with Sky Sports. “This was about boxing. I’m used to knocking guys out, but last time I realized, I hurt the man and got caught coming in. I gave the man his credit, but I said I was gonna correct myself and come again.”

Joshua boxed economically in Round 1 and landed all the meaningful shots, including a sharp right that cut Ruiz to the side of the left eye. The challenger scored very well early, and the only downside was the side-to-side movement took away from his formidable punching power. 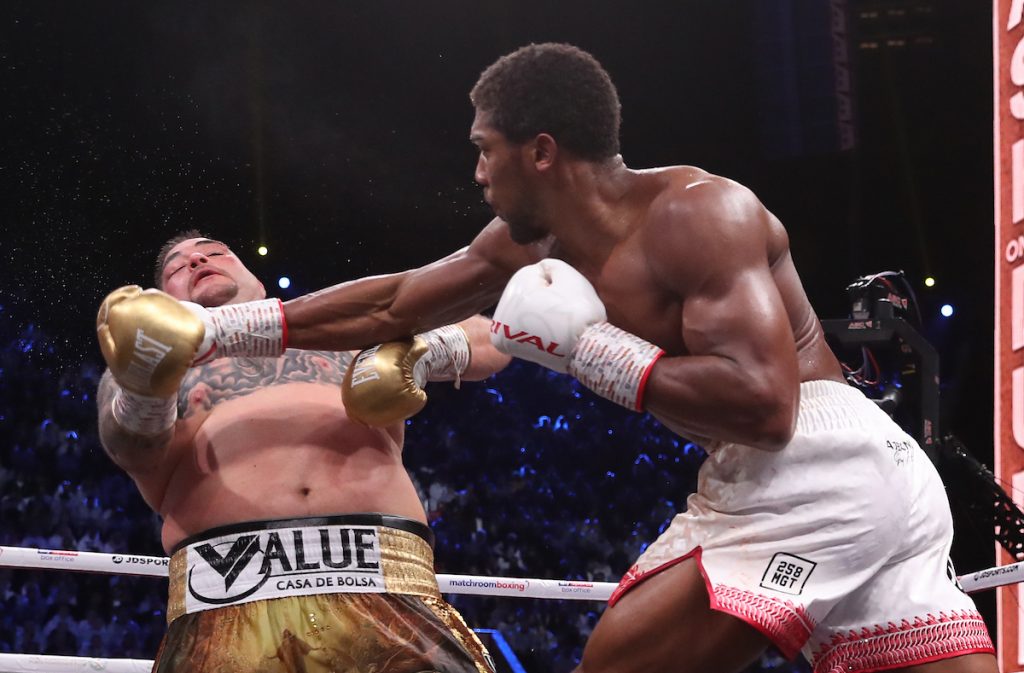 Ruiz arrived in Round 4 when he tagged Joshua to head and body at the end of the session, but it was normal service resumed in the fifth. Ruiz couldn’t close the gap and was being popped with the long sharp stuff from the outside. Joshua was simply boxing a perfect fight.

In Round 7, Joshua was down off his toes a bit more and drawn into exchanges. That didn’t suit him, and Ruiz began to reach the target a bit more. That success continued for the unified titleholder in the eighth and Joshua now looked uncomfortable for the first time.

The ninth would have been a good moment for Ruiz to swing from the heels, but Joshua controlled the session with ring generalship and fast feet. That pattern was maintained until the end.

The last six months have been tough for Joshua. The former Olympic champion was considered by many to be the finest heavyweight on the planet before Ruiz came along and smoked him inside seven rounds at Madison Square Garden. The critics didn’t just get the knives out, they came at Joshua with samurai swords.

Revenge, however, was a dish best served cold. Joshua was a far different animal from the one that turned up at The Big Apple in the summer; he was smarter, sharper and disciplined. Ruiz, 15 pounds heavier than last time, struggled to get his rapid-fire attacks off and was beaten to the punch consistently.

Was Ruiz a flash in the pan? Tonight’s result indicates that he definitely benefitted from facing a below-par Joshua at MSG. The 30-year-old slugger from Imperial, California is unquestionably talented, but he could be even more effective with a more disciplined training regime.

“It was his night and I didn’t prepare like I should have,” said Ruiz (33-2, 22 KOs). “I don’t want to make excuses (which is exactly what Ruiz did), but next fight I’ll get more prepared, and work with my team a little more. I was chasing him instead of cutting him down.”