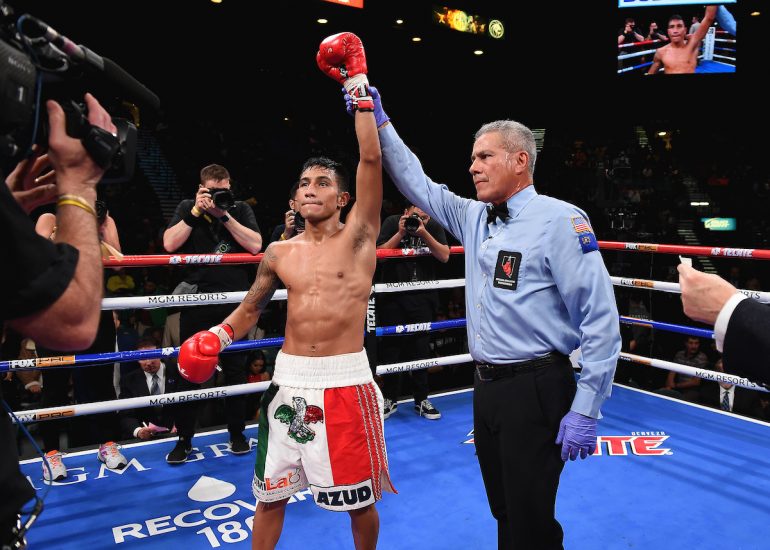 LAS VEGAS — Eduardo Ramirez thought he won. All fighters think they’ve won after a draw. So, the Mexican featherweight had to wait over two years, but it appears the wait was worth it.

Ramirez used a straight left to the jaw, set up perfectly by a right that caused Barthelemy (15-1-1, 7 KOs) to dip right in Ramirez’s punching zone. Barthelemy folded to the canvas, and referee Russell Mora waved it over at 2:59 of the fourth.

Ramirez avenged a 10-round, split-decision draw to Barthelemy back in September 2017 that he thought he won.

At the time of the stoppage, Ramirez was down on two of the three scorecards.

“I want to thank the fans and my promoter,” Ramirez said. “I said before the fight, I wasn’t going to let it go to the judges and that’s what I did tonight.

“The first fight wasn’t a draw. I worked very hard for this and it turned out how I wanted today. I felt his punching power. He’s a good fighter but I came here to fight. Viva Mexico.”

To his credit, a tranquil Barthelemy was realistic about his first pro loss, saying afterward, “I’ve got no excuses. The better man won tonight. I had a great camp and I was feeling good. But when I got out there, I wasn’t really feeling my best.

“I turned around to try to walk around and get my feet under me. I wasn’t trying to stop the fight or anything and I thought I could continue. Now I just have to live with it and come back.” 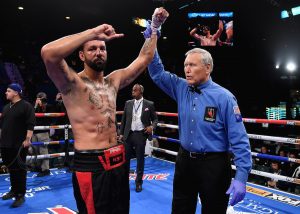 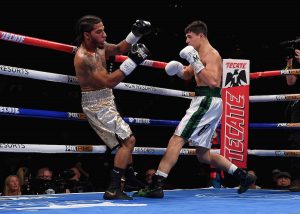 Welterweight Vito Mielnicki, Jr. (3-0, 3 KOs) extended his stoppage streak to three by defeating Marklin Bailey (6-6, 4 KOs) at 2:31 of the second round. Mielnicki, a 17-year-old high school senior, received a spattering of boos when he left the ring from the sparse crowd there at the time.

“It was good to get the two rounds in,” Mielnicki said. “Obviously the guy had more fights and more experience. He had 12 professional fights, so finishing him within the four rounds with that amount of experience is great.”