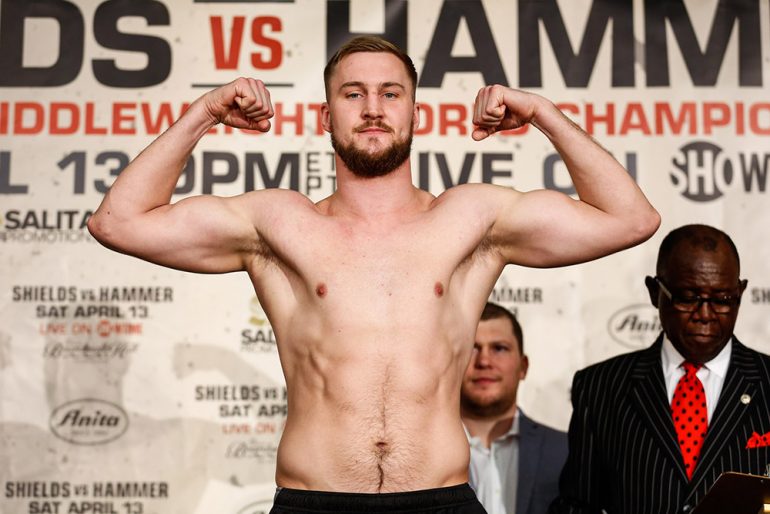 Days before facing Mike Tyson as a 42-1 underdog, James “Buster” Douglas lost his mother and used that extra motivation as fuel to pull off a shocking upset in Japan. Otto Wallin, the hulking-yet-humble Swedish heavyweight, just lost his father to a heart attack in New York and believes that extra motivation will equally pull him through his seemingly insurmountable task of defeating the unbeaten Tyson Fury. While the bout has not been officially announced, it appears Wallin will face Fury on September 14 in Las Vegas, now that The Ring/WBA/WBC middleweight champion Canelo Alvarez will not fight on the Mexican Independence Day Weekend.

As far as Swedish invasions go, heavyweight Otto Wallin (20-0, 13 knockouts) is a bit more understated than the furniture retailer Ikea or Frederik Eklund, who came to the United States from Stokholm to dominate in the high-end real estate market. Wallin is a humble giant living in New York City by himself and is on the verge of the opportunity of a lifetime as his number is about to be called to become The Ring’s No. 1 rated heavyweight Tyson Fury’s latest opponent. The proposed bout would be Fury’s second fight as part of his lucrative deal with Top Rank and ESPN and may serve as the final tune-up to the eagerly awaited rematch with WBC beltholder Deontay Wilder.

“When I got the call that I am being considered to fight Tyson Fury, I did not believe it at first,” Wallin told The Ring. “I was sure there was other names being considered but then it got serious and I was like, ‘OK let’s do it.’ This is the type of fight I dreamed of when I started boxing.”

Wallin, who credits his late father as the reason he got into boxing in the first place, is not surprised or upset at the initial reaction of disappointment that surfaced online when his name was first mentioned last Friday.

“It’s understandable that people have that reaction because they haven’t seen me fight before,” Wallin reasons. “I may not have fought on the same level as Tyson Fury but I sparred Anthony Joshua for over 150 rounds. I sparred with (Jarrell) ‘Big Baby’ Miller and Adam Kownacki. I definitely belong with the best heavyweights in the world and I just need the opportunity and this is my shot to show the world who I am.”

It’s been a whirlwind year for Wallin, who was preparing for his first every United States television appearance when things went from bad to worse. First Wallin’s bout with Nick Kisner on the Claressa Shields-Christina Hammer undercard, televised on Showtime, ended in a no-contest when a clash of heads opened a large gash on Kisner’s forehead. The bout ended when Kisner was unable to continue after the first round. Shortly thereafter, Wallin’s father suddenly passed away from a heart attack while in New York. Amid his grief, Wallin pushed forward with a proposed bout against BJ Flores (also slated to be televised on Showtime) before the match-up was canceled on the day of the fight when the state of Washington denied Flores a boxing license due to a medical condition. 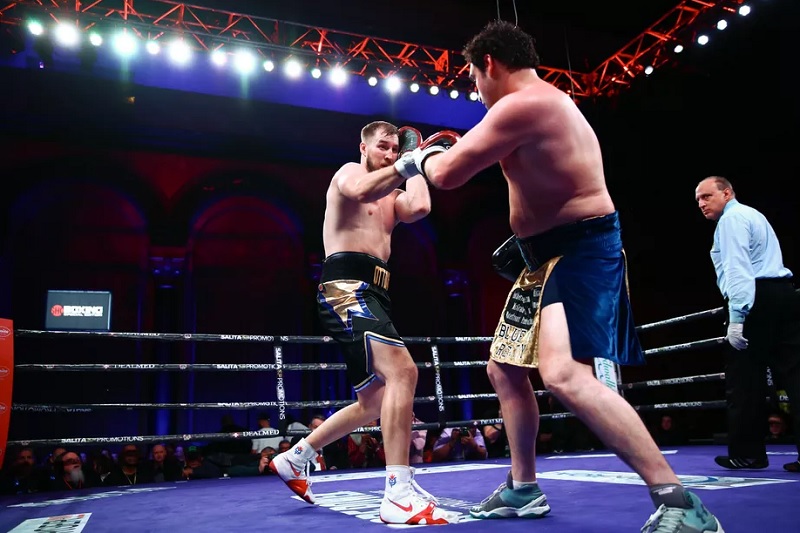 “This whole year has been just up and down for me,” Wallin said. “My father always told me that if anything should ever happen to him that he wants me to keep going. Keep fighting. I wish I had the opportunity to get those fights in and get some rounds in but what can I do? This is boxing. Now I have the opportunity to make my dreams come true.”

Wallin will surely use the passing of his father as motivation to overcome the odds of being a heavy underdog to Fury, who drew against Wilder last December and went on to destroy unheralded Tom Schwarz last June.

“Fury is the best heavyweight in the world today,” Wallin said. “I believe he beat Wilder and he would defeat both Anthony Joshua and (IBF/WBA/WBO titlist) Andy Ruiz right now. This is going to be a huge challenge for me but we will be ready for whatever Fury will bring.”

At 6-foot-5, Wallin would be giving up four inches to Fury (28-0-1, 20 KOs) but he brushed that off as he has fought several taller opponents in the past. In April of last year, Wallin defeated fellow Swede Adrian Granat by unanimous decision. Granat is two-and-a-half inches taller than Wallin.

“Obviously I don’t want to give away any secrets but we already have a plan for Fury,” Wallin points out. “I have great head movement, great foot movement. I will show him something he has never seen before.”

Speaking to reporters in Brooklyn last weekend, Wilder had some choice words when asked what he thought of Wallin as Fury’s next opponent. 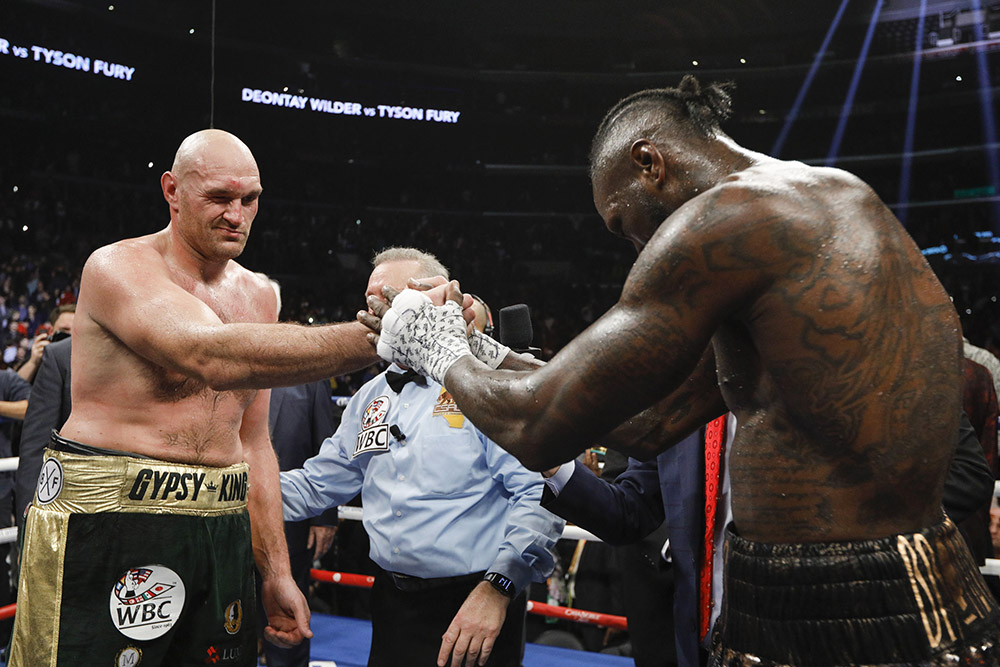 “(Fury) keeps pulling all out all these night shift graveyard workers and fighting them and he’s talking about how he’s the best.”

Wallin laughed off Wilder’s remarks and seems unfazed about Wilder’s feelings or any shenanigans Fury might try in the lead up to the fight.

“I don’t really care what Wilder says because it means nothing. He doesn’t know me,” Wallin said. “If Fury tries any mind games with me, it won’t work; trust me. Fury doesn’t know me at all, so he can’t really say anything about me. I am just happy they picked me as his opponent and I can’t tell why they picked me but it might be a giant mistake for them.”

Wallin is fully aware of the notoriety this fight will bring for his career, win or lose, but he makes it clear that he has but one goal.

“The goal is to win,” Wallin exclaims. “I am not coming in to lose and look good. I am coming to beat Tyson Fury and I believe I will do it. If people would have seen me fight, they would not be doubting me but it’s OK because I have plenty of people who support and believe in me and think I will win.”

Wallin admits he has never participated in an event quite as large as this one but even with the mounting media obligations, he expects to stay composed and focused as the circus of a fight with Tyson Fury is about to begin.

“I will try to have fun but if I see it is getting too much, I trust my team will know how to say no to people,” Wallin warns. “The goal is the fight and to win, not to become famous for losing. Nothing will distract us from the ultimate goal.”