Zolani Tete recovering from injury and back in the gym, looking forward to unification fights 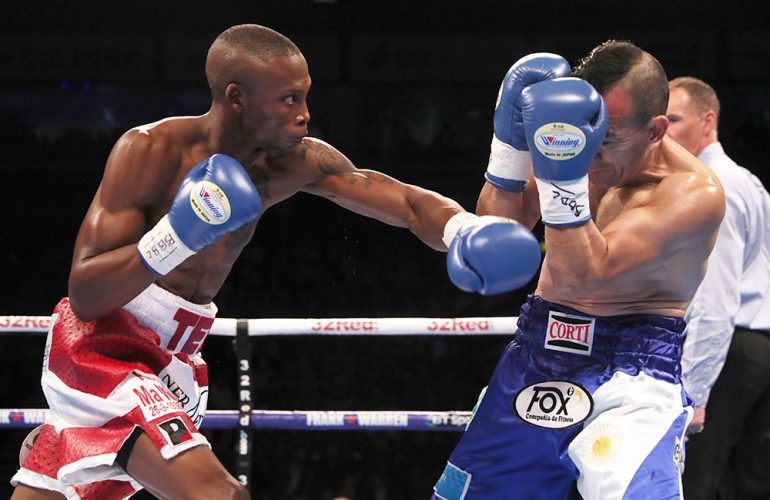 Injuries come with the territory in boxing but the timing of them can be truly devastating.

Zolani Tete, the reigning WBO bantamweight titleholder, was only days away from a unification battle with WBA counterpart Nonito Donaire when he was forced to pull out with a shoulder injury. It was the biggest fight of his career and victory would have secured the talented South African a spot in the World Boxing Super Series final.

Devastated at having to withdraw from the elimination tournament, Tete took a few weeks to convalesce but the prognosis is positive and the 31-year-old lefty is now looking forward to the future.

“The injury is healing very well and I’ve started training already,” Tete told The Ring. “I believe I’ll be back in the ring in September or October. I have a very good doctor and he wouldn’t say I could fight if there was something he was unsure about.

“I believe my manager (Mlandeli Tengimfene) is in talks with (promoter) Frank Warren right now and whatever they bring to the table, I’ll be ready for it. I want the big fights. I’ll be happy with a title defense or a unification, and I believe the fight will take place in the U.K.”

Despite being forced to withdraw from the tournament, Tete did venture to Lafayette, Louisiana in late-April to watch Donaire’s thunderous sixth-round knockout of replacement semi-finalist Stephon Young.

“I was imagining myself in the ring with Nonito that night,” Tete said with a sigh. “Nonito is definitely one of the best bantamweights in the world and that’s a fight I really wanted. Watching from outside the ring was difficult.

“But I’m a true champion, because I managed to deal with the disappointment of pulling out of the tournament. I really wanted to get to the final and lift the Muhammad Ali trophy but, as painful as it was, whoever wins the tournament will want to unify with me.”

Three weeks after Donaire crushed Young, Japanese sensation Naoya Inoue sent yet another statement of intent to every world-class 118-pounder on the planet. His two-round destruction of the previously unbeaten Emmanuel Rodriguez saw “The Monster” lift the IBF title and the vacant Ring Magazine championship.

Tete was as impressed as everyone else.

“I didn’t believe he would win the fight so quick, but Inoue continues to prove himself and that’s why he’s one of the best pound-for-pound fighters,” said the classy southpaw with respect. “But I give Donaire a chance (to win the WBSS final) because he’s been proving himself too and he keeps surprising people.

“I want to face the Inoue-Donaire winner and there’s also Luis Nery. I saw both his fights against Shinsuke Yamanaka and I would love to fight him. He’s No. 1 with the WBC and if he wins that title, then I hope we get the chance to fight. I want to have big fights and that’s what keeps me motivated in boxing. I’m looking forward to the best against the best.”