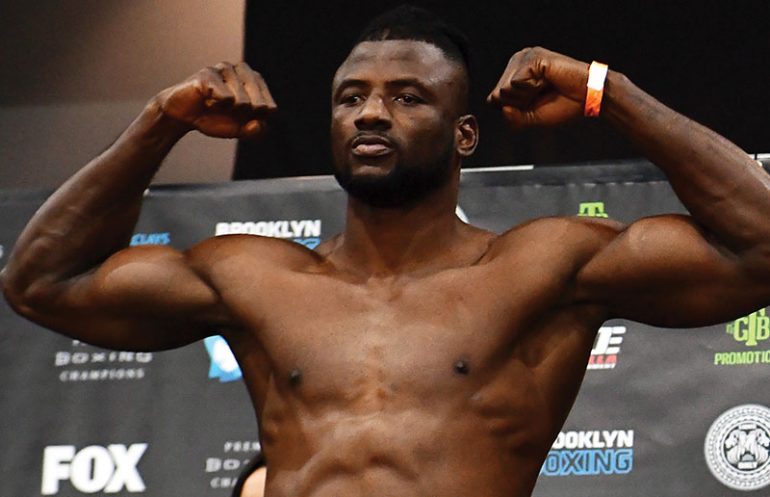 The 10-round bout will take place at the MGM Grand Garden Arena in Las Vegas and will precede Caleb Plant’s defense of his IBF super middleweight title against Mike Lee.

Both fights will air live on FOX (7 p.m. ET/ 4 p.m. PT) and will precede the FOX Pay-Per-View telecast (9 p.m. ET/ 6 p.m. PT), which will be headlined by Keith Thurman’s defense of the WBA welterweight title against Manny Pacquiao.

It will be an intriguing clash between two hard-hitting heavyweight prospects as Ajagba and Demirezen have displayed extraordinary power against modest opposition. Both fighters competed in the 2016 Olympic Games in Rio de Janeiro.

The 25-year-old Ajagba (10-0, 9 knockouts), who is originally from Nigeria and now resides in the Houston suburb of Stafford, stopped fringe contender Michael Wallisch of Germany in the second round of his last bout on Apr. 27.

Ajagba notched his most impressive win to date on paper in his previous fight on Mar. 9, forcing former heavyweight contender Amir Mansour to quit on his stool after the second round after dropping hm twice in the opening round. Ajagba is trained by Ronnie Shields.

Ajagba gained notoriety on Aug. 24 when opponent Curtis Harper walked out of the ring and to his dressing room after the bell sounded to start the fight. Ajagba would win by disqualification.

“My goal is clear: I want to be heavyweight champion of the world,” said Ajagba. “To get there, I must continue to take on anyone and for the third time in my career, it is another undefeated heavyweight. As they say ‘somebody’s ‘O’ must go,’ and it won’t be mine. There’s no better platform for this performance than on the biggest boxing night of the year. The stage is set…don’t blink!”

Demerizen (11-0, 10 KOs), who is originally from Turkey and now resides in Hamburg, Germany, defeated Adnan Redzovic of Bosnia and Herzegovina by disqualification in his last bout on Apr. 6, a fight he was dominating. The 29-year-old Demerzien’s most notable victory was a fifth round knockout over Michael Sprott in December of 2017.

“I’m very happy to make my U.S. debut versus a really good fighter like Efe Ajagba,” said Demirezen. “I’m very focused on that fight and being in the best shape ever to make a statement. I plan to have a great performance in Las Vegas because I know the U.S. boxing fans like real fighters. I’m sure they will love me after the fight.”