Deontay Wilder approaches the line, but doesn’t cross it at Breazeale press con 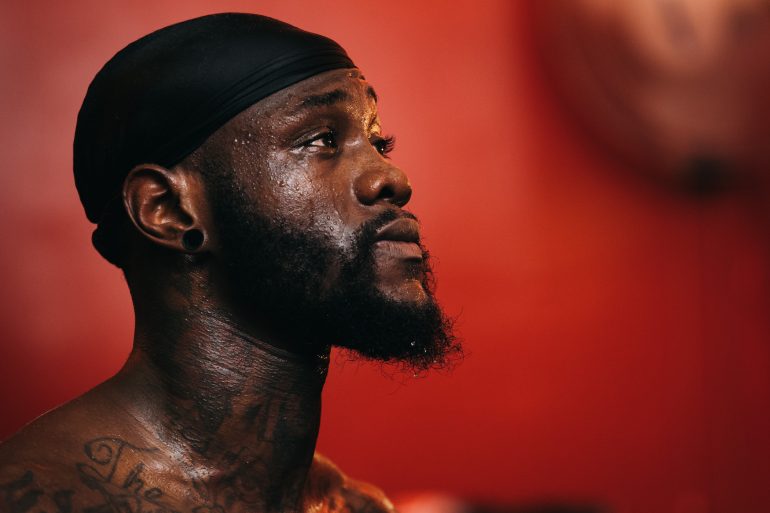 Photo by Amanda Westcott/SHOWTIME
16
May
by Michael Woods

You perhaps want to give the man a point for keeping it real. But, is Deontay Wilder being a bit TOO real, is he stepping over the line, from being candid, to being crass, when he talks about wanting to fatally KO a foe?

In the last year, Wilder, the WBC heavyweight champion seeking to make the ninth defense of his belt at Barclays Center in Brooklyn, and on Showtime, Saturday evening, has taken to stating that he’d like to fatally fell an opponent.

On various media platforms, the 33 year old has said that overall, he is a good guy…he is all about his kids, and he believes he is an asset to his communities…but that he has a dark side, which shows itself in the ring. Part of that darkness is proven by his stated desire to kill a foe. “I want to catch a body,” he told the radio host Charlamagne last year. “I want that on my record,” he reiterated. “If I do take a life in the ring, Deontay will feel bad.”

In the lead-up, Wilder has advised Breazeale to not allow his kids to be present. On Tuesday night, he again repeated the desire to kill a foe, while at Gleasons Gym, for a media workout.

Would he, we wondered, go back to that dark place, and repeat that rhetoric which could be so personally painful for people like Boom Boom Mancini, who live with the knowledge of the damage their fists doled out?

On Thursday at Barclays Center, Wilder didn’t go there. He edged to that line, looking Breazeale in the eyes and telling him that he’d be sending him to the hospital. He said the challenger would have nightmares, and see the reaper Wilder when he closed his eyes, in that hospital bed. But no, he didn’t repeat the cringe-y claim that he wants to kill Breazeale.

So, on Tuesday, Wilder said, “it’s gonna be in dramatic fashion. His life is on the line for this fight, and I do mean his life. Still tryin’ to get me a body on my record!…Speak it, believe it, receive it.This is the only sport you can kill a man and get paid for it at the same time, it’s legal, so why not use my right to do so?”

But he didn’t speak it at the presser, which was presided over by Showtime’s Brian Custer. Custer wrapped it all up right quick, when it started to get darker. Wilder barked at Breazeale and told him in so many words he was lucky a member of his crew didn’t off him after their hotel spat following the Feb. 2017 Wilder win over Gerald Washington and Breazeale’s win over Izu Ugonoh.

Wilder explained that he’s still irked about that spat and the fallout, and being accused of lying about it. He mocked Breazeale for not having enough bass in his voice and called him a “side chick,” and said he would be pay for lying. Breazeale didn’t cave in, and they stood toe to toe for a faceoff, with a bunch of security personnel at the ready. I will hold my composure, Wilder said, because we don’t get paid for fighting out of the ring. Breazeale held his ground well, and didn’t seem scared; he said he would make Wilder, whom he termed “ignorant,” pay for his chatter.

He also mocked Wilder for being surrounded by yes men, and wasn’t impressed with the gift of the urban dictionary, which Team Wilder presented to him.

It felt like Wilder was tempted to go ultra dark, and repeat the “catch a body” refrain…but pulled back. I’d be very surprised if wise heads haven’t spoken to him about chilling on that. Or maybe not…it might be good for publicity. With Breazeale having been dropped and stopped by Anthony Joshua before, tix sales were trending under 5,000 sold as of Wednesday, one source told me, so it looks like many assume that Breazeale will be easy work.

That may or may not be…but I think fans of FIGHTING will be in good shape if they hit the arena, or watch on Sho, because there is enough actual enmity to spur these two massive beings to do a nasty leather swap.

Expect a bombs away scenario right quick Saturday night at the Brooklyn building.