Who will replace Big Baby against Anthony Joshua? Here are some contenders 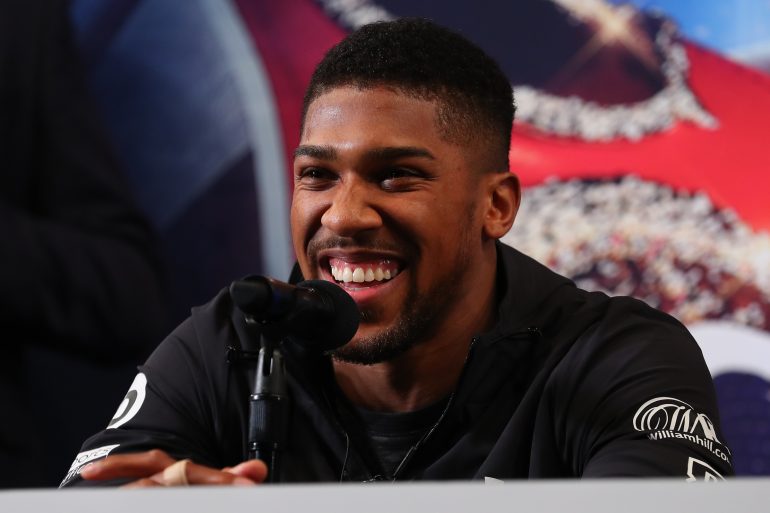 We wait, we scan social, we try to decipher using commong sense, what fight would make the most sense, combining elements of politics, and availability, and talent, and anything else…

So, the rumor mill grinds; promoter Eddie Hearn has been working the phones and says he will announce next week who will sub in for the Brooklyn native Miller.

“Obviously it’s a fight in America, so from our point of view, we would like an American challenger really,” Hearn told Sky Sports News. “I don’t think it will be Dillian Whyte. There’s probably seven or eight guys I think would fit the bill. Being an American debut, in an ideal world we would like it to be an American, or someone that fights in America. We’re going through that and we’re going to be working hard in the next couple of days.”

Michael Hunter has been mentioned and as a trial balloon, his name seemed to meet acceptance from the Twitterati. Hunter just signed with Matchroom, in fact, a week before the news dropped about the PED positive, which Miller said in a statement is not an indication that he knowingly ingested a performance enhancer.

I reached out to Hunter, who recently did a phone hit on the Everlast “Talkbox” podcast.

Any word, Mike? Any good news?

Can he confirm he is in the mix to meet AJ? He’s expressed his willingness…

“Yes, they haven’t called me or anything… just hearing through sources,” he answered.

He last fought in November 2017, downing Alexander Ustinov (UD12), and the vacant WBA “regular” heavyweight title was up for grabs. I reached out and messaged his promoter, Ivaylo Gotzev, to ask if Charr had a line on that Garden gig. “I’m in London and about to meet with Hearn,” Gotzev told me. “Mahmoud (formerly Manuel) Charr is the natural choice. WBA Champion. A man that has risen from death, a man that went against all known odds to men. Larger than life. A fighter for peace that will fight to the end. A Hollywood thriller story of his life. A man on a mission. Let’s go Joshua, be the man that everyone hopes you are! Take on the challenge, become a part of history, fight Charr!”

Gotzev is referring to the story that in 2015, Charr, who grew up in Beirut, was shot four times in the stomach in Germany, stemming from an online beef on a social media platform.

Luis Ortiz would make sense, he doesn’t have a fight set.

I saw a big-name keyboard tapper Tweet out that they didn’t think Al Haymon would allow Ortiz to fight AJ. Tim Smith, the PBC spokessman, took issue with that contention. Did (the media member who thinks Haymon wouldn’t allow Ortiz-Joshua) speak to someone associated with Ortiz’ management? What, is Ortiz in the first grade? He’s a grown man. If it’s something he wants to do, as long as it’s legally possible, he can do it. No one has Ortiz chained to a radiator in the basement.”

The NY heavyweight fan fave Adam Kownacki told me yes, he was asked about fighting AJ.

His response? “Nah, too early. Time-wise, six weeks is too little for a big fight like that. I worked hard to get to the position I’m in.”

Another heavyweight fighting out of NY would like a crack; Swede Otto Wallin gloved up on the Claressa Shields-Christina Hammer undercard April 13. But his bout was abbreviated as a head clash opened a cut on the eye of Nick Kisner, and the fight was stopped after one elapsed round.

“Otto is in the mix for AJ,” Wallin’s co-manager, Zach Levin, told me. “Otto is in peak condition, just fought last Saturday, a mere round.”