A prospect to watch: Otto Wallin 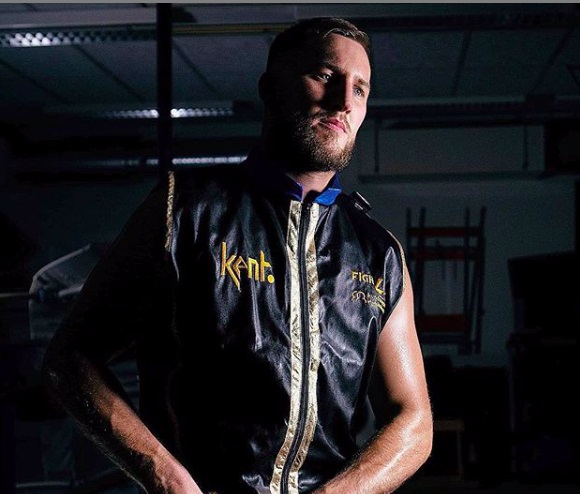 We the people who follow the sport – especially those of us whose following of pugilism fell within the Muhammad Ali era – many of us have a particular reverence for the heavyweights.

It’s just about ingrained…We had Ali and then, also within our lifespans, enjoyed the rise and were transfixed by the fall and re-birthing of Mike Tyson.

There is heavyweight boxing…and then there is everything else, many of us believe.

I always have an extra eye out for that next great heavyweight…and root for the prospects to pan out because when heavyweight boxing is flourishing, the sport flourishes an extra notch as well.

Promoter Dmitriy Salita insists he has a rock-solid hitter who will be coming to the fore; interestingly the pug is from Sweden. Otto Wallin is his name.

I checked in with the boxer, who is managed by David Berlin and Zach Levin, of New York.

First thing I wanted to know about: Sweden. Tell me about Sweden in relation to how that nation treats boxing. Sweden hasn’t had the most boxing talent in the pros of late. How popular is boxing in Sweden, I wondered.

“For a small country where professional boxing has been forbidden for a very long time, I think we’ve had some good talent,” Wallin told me. “It’s now allowed and I think we’re going to see more and more fighters coming out of Sweden but, as for right now, we have Badou Jack, myself, Anthony Yigit, Oscar Ahlin and a few world champion women like Klara Svensson and Mikaela Lauren, among a bunch of others. We also had top contender Erik Skoglund that unfortunately had to stop his career early.

“Boxing is growing in Sweden since the ban was lifted (in 2007, having initially gone into effect in 1970) and it’s getting more and more popular all the time. I believe what we’re doing is right and that we show the young fighters that it’s possible to make a good boxing career coming out of Sweden.”

So how did Otto, now 20-0 (with 13 knockouts) find his way into the sweet and savage science? 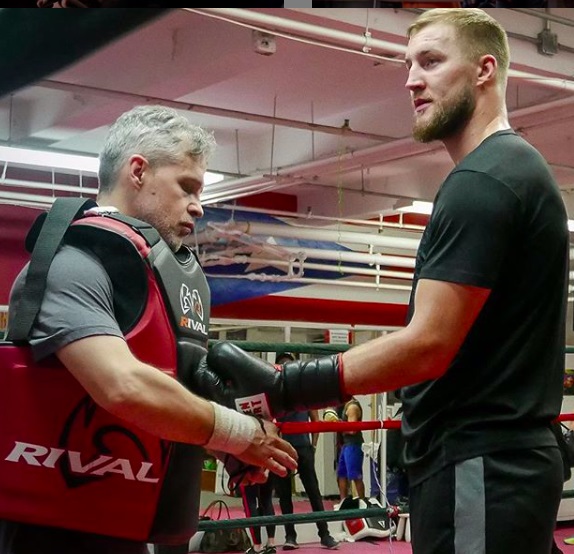 “My father and one of my brothers used to box, so I would do a little bit of training for fun at home as a kid and, growing up with two brothers, we used to play fight a lot. I first started boxing at the age of 15 and I fell in love with it right from the start. I had played soccer, ice hockey and other sports before but when I first started boxing, I felt that was my calling. I was raised in a working-class family. My parents divorced when I was a kid and I have two older brothers. Growing up seeing my parents go to work every day has given me good character and I also had to work for everything I’ve had and have.”

No, his amateur record isn’t glittery, so one has to give the 28-year-old an extra point for perseverance. “I was 34-12 as an amateur and won a bunch of tournaments nationally and internationally. It wasn’t always easy to get fights as a heavyweight in Sweden, so I would fight whoever and wasn’t protected, which gave me experience and confidence going in to the pros. I turned pro at 22 when my amateur career started taking off, so I never got to go to the European or World Championships.”

And what about Wallin’s support staff? Who started out training the 6-foot-5 lefty?

“I had a few local trainers working around me in Sundsvall, where I started boxing. Then when I turned pro I went to Berlin for about six months and worked with Torsten Schmitz. I then moved to Copenhagen and met Joey Gamache, who was working for Sauerland, who used to be my promoter. This was 2013 and we had good chemistry right away and we’ve been together since. Joey has taught me so much, so it would take me forever to try to break that down. But most important, he’s taught me good basics. He prepares me for everything an opponent can come up with, so I will know what to do and have answers for it. To me Joey has been more than a trainer. He’s taken me under his wing and brought me to New York. And now Joey and our team have helped me with this new promotional contract with Salita Promotions. Without Joey I don’t think I would be where I am today.”

On tape, I see a work in progress; how does Wallin see himself?

“I’m just trying to get better every day,” he stated. “I am not on the top yet but I’m striving for it. I’m using every day to get better and to make sure that, when the big fights come, I’ll be more than ready. I’m a skilled southpaw with good defense and offense. I’ve got a nice clean style. I’ve been inspired by so many fighters along the way but I’m trying to have my own style and make that work for me.”

An integral part of succeeding in the sport is having people around you who work on your behalf to help you climb ladder rungs. Does Wallin have that in his management team?

“My managers are David Berlin and Zach Levin. They’re old friends of Joey and now they’ve become my friends too. I’m very happy with my team because we’ve got a good relationship based on trust and that’s not always easy to find in this business. My new promoter is Salita Promotions. We met with them in New York about two months ago and I had a good impression and that stayed the same during the whole negotiations. I’m happy to have signed with them and looking forward to the journey together. They’ve also got Jarrell Miller and Claressa Shields in their growing roster.”

Noted; now about the fights…When does Wallin fight next?

On April 13, it turns out, in support of the Claressa Shields vs. Christina Hammer main event in Atlantic City. “I’m fighting Nick Kisner, who’s from Maryland. I’m going to come very well-prepared and in great shape, as always. The most important thing for me is to show my skills to the American audience and to come out victorious – but he is not going to hear the final bell.”

My three cents: Wallin comes off as measured and chill but I liked the fire contained in that last quote. Being cognizant of the power of the knockout is simply smart business for most boxers because this isn’t an age of subtlety in which we live. KOs draw buzz and buzz draws money. Wallin seems to have some building blocks in his skill set and good people pushing him, so you might want to add him to your heavyweight watch list.