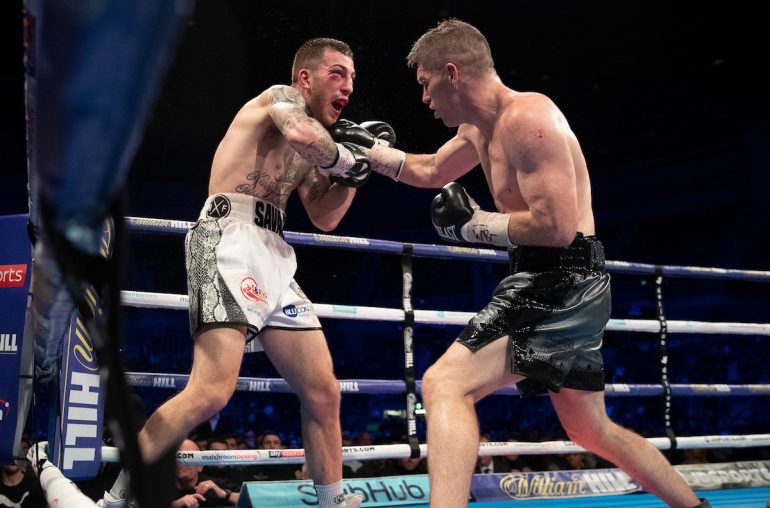 Boxing is about levels and this fight certainly proved it.

Former WBO junior middleweight titleholder Liam Smith returned to action with a systematic fifth-round beatdown of countryman Sam Eggington at the Echo Arena in Liverpool, England. The official time was 2:00 and the bout was scheduled for 12.

Smith, who hails from Liverpool, found his rhythm early and gave the home support plenty to cheer about. The majority of Eggington’s successes have come at welterweight and Smith simply walked his man down, landed at will and inflicted major facial damage along the way.

“I said how the fight would go; I’d hit him too often and too cleanly,” said Smith in his post-fight interview with Sky Sports in the U.K. “He’s a tough man and it was down to his trainer or the referee to save him.

“I’ve been out of the ring for too long at times, sometimes with injuries, sometimes waiting for fights. A big part of me signing with Matchroom is that I’ll be kept busy. If I get beat when I’m busy there’s no excuses whatsoever.

“Hopefully I can get back out quick. I wanted two fights, then give me anyone (at 154 pounds) at the end of the year and I’ll take it.”

This was Smith’s first fight since dropping a 12-round unanimous decision to Jaime Munguia who holds the world title which once belonged to Smith.