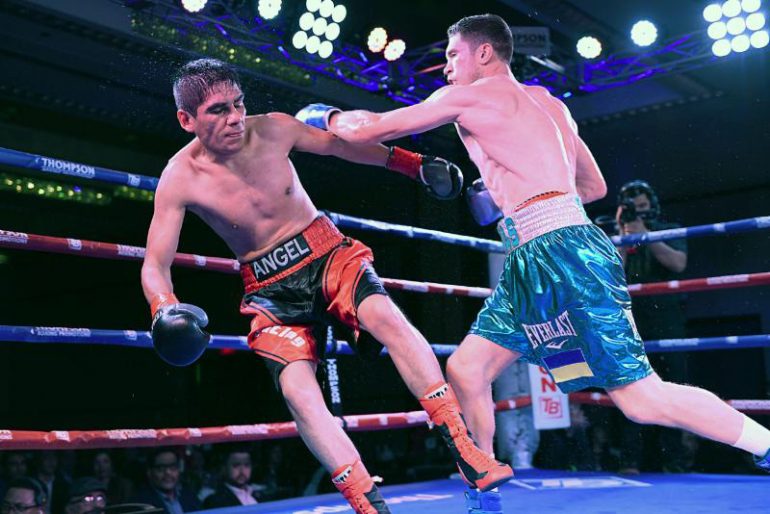 Shelestyuk, a native of Ukraine who now lives and trains in Los Angeles, came off a roughly year-and-a-half layoff. The 33-year-old didn’t appear to have any ring rust, as he moved effortlessly across the ring and struck pay dirt in the fourth round.

He brushed back Martinez, who had previously logged action against former world title holder Mike Alvarado, with his right jab and followed up with the left hand to deposit the younger Martinez on the floor.

Shelestyuk cruised to the unanimous decision, sweeping the three scorecards (80-71). Shelestyuk is promoted by Thompson Boxing and Banner Promotions. 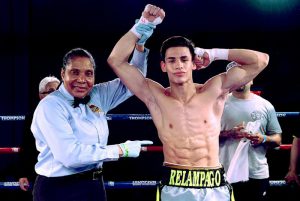 Ruiz, who was fighting for the third time in the U.S., appeared to show promise in the limited minutes that he was afforded. His punching ability, while small in sample size, showed a tight technique.

Ruiz, a welterweight, landed a couple of hard shots across the temple of Alamzan, which was enough for referee Sharon Sands to call the fight for Ruiz.

In the “Night of Champions” show opener, featherweight Arnold Dinong (4-0, 1 KO) spoiled the pro debut of Miguel Angel Moreno (0-1) by earning a resounding unanimous decision, 40-36 all around.

“Night of Champions” originated from the Doubletree Hotel in Orange, Calif.