Francisco Santana knows the value of hard work, in and out of the ring 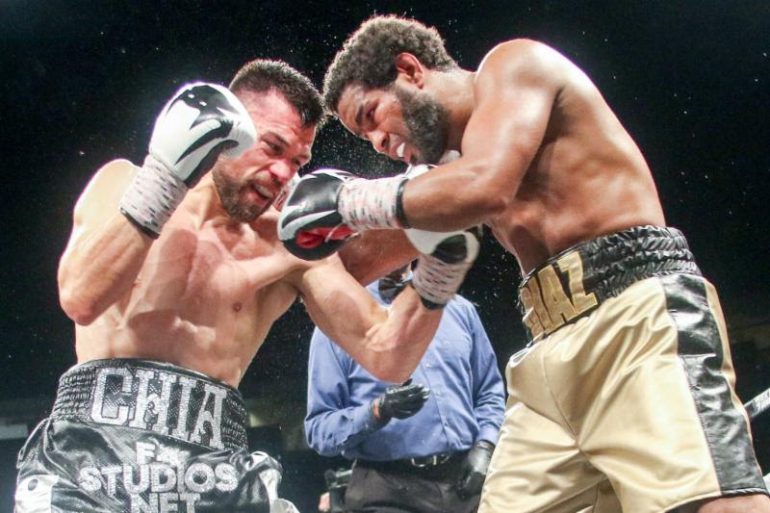 Francisco Santana embodies the concept of hard work, whether it is at work or in the ring.

The hours he toils doing work in the gym or laying asphalt in his ‘9 to 5’ job represents the blue-collar mentality the 32-year-old always has.

That will never change, despite fighting for different promoters and coming off a close-decision loss or a hard-fought win.

Santana will square off against Abel Ramos in a crossroads clash Saturday night at Dignity Health Sports Park in Carson, California. The 10-round bout will air live on FOX (8 p.m. ET/ 5 p.m. PT) and will precede the 12-round main event between WBC welterweight titleholder Shawn Porter and challenger Yordenis Ugas.

Santana (25-6-1, 12 knockouts) last fought on Apr. 27, defeating Felix Diaz by majority decision in the opening round of the now-defunct Jose Sulaiman Invitational welterweight tournament. It was Santana’s first fight in over a year.

The 32-year-old Santana, who lives and trains in Ventura, California, works for the city of Santa Barbara, where he lays asphalt on the city’s streets.

“I wake up at 4 a.m. to run, then I go to work, and I go train for two-three hours,” Santana told The Ring over the phone on Wednesday. “I make the best of it.”

Santana will face a fighter in Ramos, who has won his last five fights, all against mediocre opposition. Like Santana, Ramos’ career has been marked by close decision losses, including last year’s loss to welterweight contender Jamal James.

Both Santana and Ramos have aggressive styles, which should make for a solid fight.

“He’s a solid guy,” said Santana, who trains alongside newly-crowned WBA titleholder Andrew Cancio. “Ramos lets his hands go. I see a lot of things that we hope to exploit in the ring on Saturday.”

After fighting for Gary Shaw and Top Rank, Santana is now fighting under the Premier Boxing Champions banner, where he believes he has more opportunities fighting the best at 147 pounds.

“A win over Ramos put me in the top 10. I would like to call out the champions. I would like to fight the winner of Porter-Ugas or Spence and Mikey Garcia. I’d also fight to fight (Manny) Pacquiao. The welterweight division is one of the most difficult divisions in boxing. But my goal is to win this fight.”

Santana has worked with trainer Joseph ‘Hoss’ Janik for the last nine years. Janik has served as a conditioning coach, but has trained several fighters including Cancio and Victor Ortiz.

Janik has been in the corner of Santana in his upset win over contender Eddie Gomez, and in defeat at the hands of Sadam Ali and Jose Benavidez.

“I wish I had Coach ‘Hoss’ with me since the beginning of my career. When I first started my pro career, I didn’t have a foundation. I didn’t have any guidance. Coaches and trainers yell and talk, but very few of them teach. ‘Hoss’ teaches. He cares for his fighters and that goes a long way. I’m grateful he’s my trainer. We have a father-son model and I want to impress him the same way a child wants to impress a parent.”

Santana would like more opportunities later this year should he decisively defeat Ramos. His motivation comes from his family, as he and his wife Claudia are expecting their second child.

Santana believes he can make a run at a world title belt.

“I’ve found myself as a boxer and as a person. I have more self-confidence now. My family motivates me. The sky is the limit.”