Is Deontay Wilder free to fight Tyson Fury on ESPN? 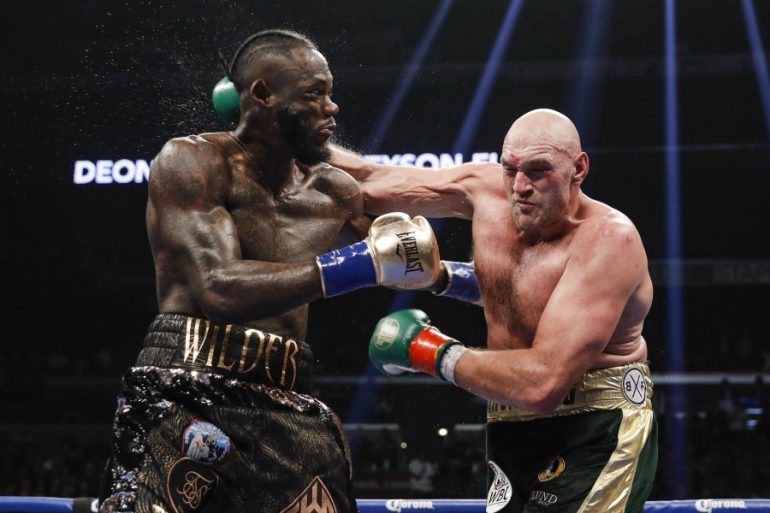 One shoe dropped on Monday morning, we learned, with the news that the long, tall, charismatic and complex lineal heavyweight champion Tyson Fury has partnered up with Top Rank, to be his co-promoter, with Frank Warren.

Pretty much all who took in that info assumed that Fury’s next fight would take place on the preferred Top Rank platform, ESPN.

But hold on…if as we’ve been assuming that next fight would come against WBC heavyweight titlist Deontay Wilder, in a rematch of their December event, doesn’t this news gum up the works?

Wilder is an Al Haymon fighter and, of late, that means his guys are fighting on FOX and also on Showtime. The Wilder vs. Fury pay-per-view clash was put together by the Showtime gang. But now – you get my drift – these platforms aren’t seemingly built to accomodate everyone. If the plan holds, and Wilder vs. Fury 2 is made, basically the question is, on what platform would it run? That was what Randy Gordon and Gerry Cooney were wondering when they welcomed Arum on their SiriusXM radio show “At the Fights,” on Monday night. 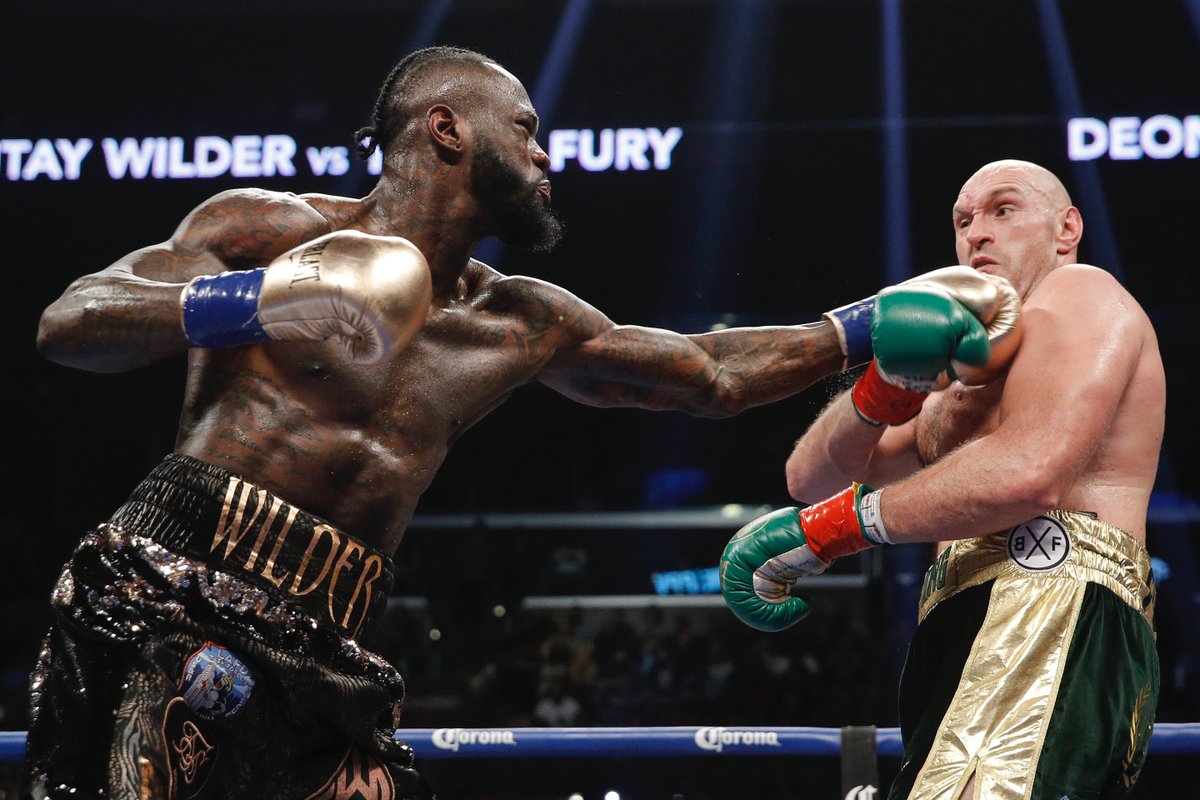 Is Deontay Wilder free to fight on any platform, Arum was asked. Is he a “free agent,” in regard to on what channel or platform he can fight?

“I don’t know…To be very honest about it, I haven’t really examined if (Wilder)’s committed to everybody. He says he’s a free agent, as far as networks are concerned…He has a manager, Shelly Finkel, who I assume has papers on him, but I don’t know,” Arum stated. “And as far as Al Haymon is concerned, he is ‘quote-adviser-closed quote.’ I don’t know whatever the hell that means. That’s not a term we’ve ever used in boxing, so I think it may very well be that Wilder is a free agent but do I know that for a fact? No.”

You get a sense of that status when you hear what Finkel told ESPN’s Dan Rafael: “We are hoping to make the fight and figure out how, with this new relationship they have with ESPN, that it can be done. I would want to try to make it with Showtime and ESPN (working together). (Al Haymon) wants to make the fight and that whatever is realistic will get done.”

I messaged Finkel this: Can you clarify? Could Deontay fight on ESPN? And is there a latest update on whether or not you believe you all are on track to make Wilder-Fury 2 next…or not because Fury to Top Rank signing has changed the game? “I have no comment,” he responded. 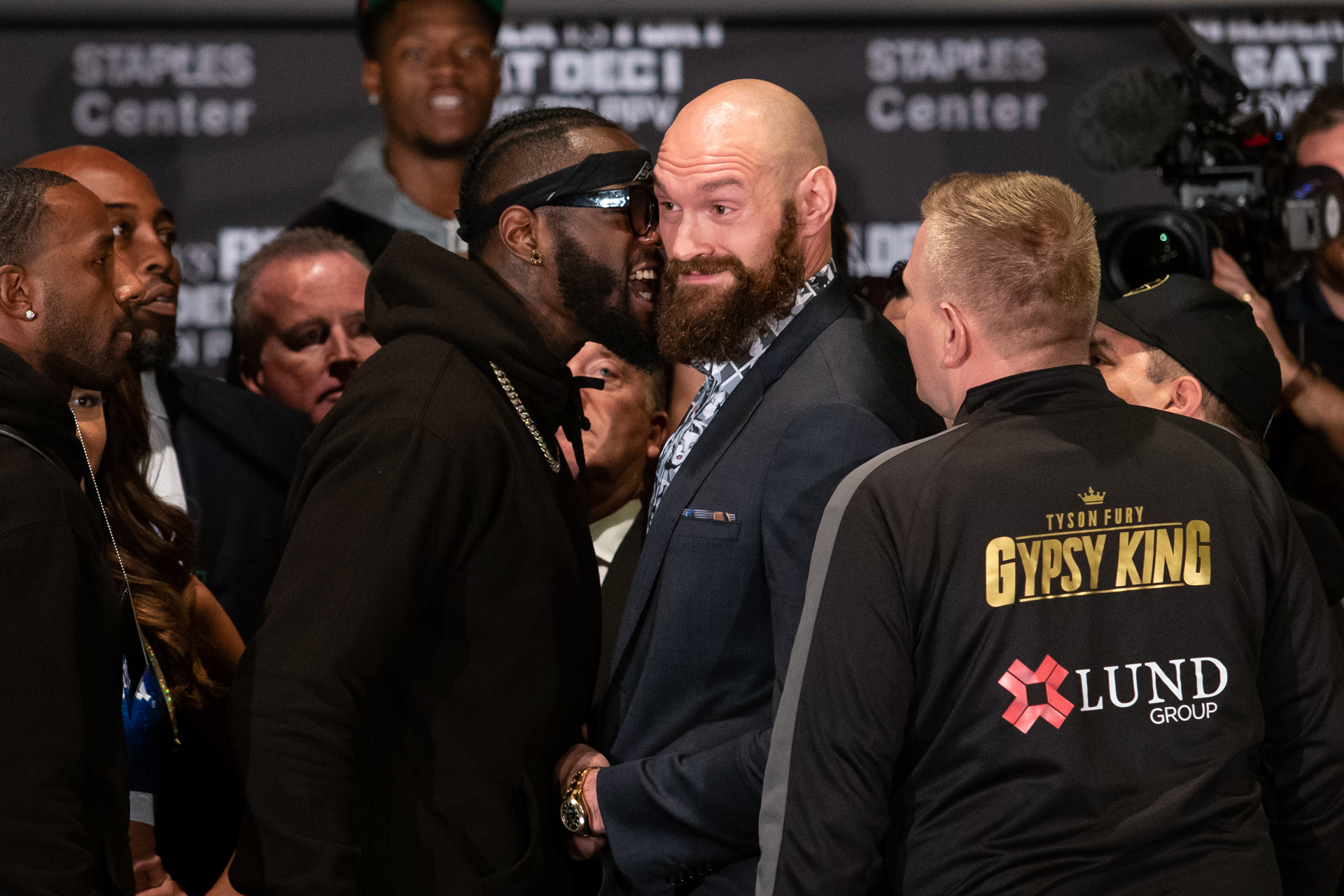 I reached out to Team Showtime, to see what boxing bossman Stephen Espinoza’s take is on this swerve. No comment, came the reply.

And did Frank Warren, the Brit-based dealmaker, give any hint as to whether the Fury-to-Top Rank development changed the negotiations for Wilder-Fury 2? “At the moment, even up until last night in the early hours, I was talking with Shelley Finkel, who represents Deontay Wilder, and we’re still trying to make the match,” Warren told TalkSport. “It just means that Tyson’s position is much stronger now than it was before in the negotiations. That’s where we’re at and the bottom line is we’re still negotiating and we’re all looking forward to it and everyone wants the fight to take place including Wilder, Shelley Finkel, myself and Tyson.”

To my on-the-outside eye, it felt like all were progressing and on a similar page, with revenue split and such being just about agreed on…and then the Top Rank swoop-in occured and Fury liked the pitch enough to steer away from the plan on hand. We have to wonder, what is the appeal for him? Is it like 80 million pounds, guaranteed? (We always wonder just how guaranteed such set-ups truly are…There has to be a clause that diminishes payoffs, if he were to lose two in a row on a new deal, right?) And we also wonder: Is Fury perhaps thinking, “Hey, Wilder almost took my head off in the first fight…What are the chances he finishes the job in a rematch? Maybe it’s in my best interest to do one or two fights against less powerful punches, then circle back to Deontay.”

So…Seems like Warren’s thinking that it would be best if eveyone involved dropped their guard and worked together. This is the exception, not really the norm, on an event of this size however. Arum has been quite caustic, in regard to Haymon, calling him a “cancer,” in the last six months, so we wonder if that makes it harder to pull off an “All hands on deck” promotion that this now seemingly would need to be. This might happen but later, rather than sooner. Arum told Lance Pugmire, of the L.A. Times, that some seasoning could make the stew thicker that, in so many words, a build-up fight for each man could make their sequel that much more revenue-friendly.

Over on “that” side of the street, they feel that Arum and Top Rank are not even a bit interested in making some of the matches involving WBO welterweight titlist Terence Crawford and The Ring Magazine/WBA/WBO lightweight champion Vasiliy Lomachenko that would make sense for an same-side-of-the-street set-up.

So I don’t get the sense that there is optimism in the circles of some people in the know, away from the Top Rank ‘hood, that we see a scenario play out that features a Wilder rematch, which gives Fury the advantage of platform home field.

And would those same folks be off-base if they inferred that Fury isn’t truly keen on getting right back into it with Wilder…if one or two easier gigs, for sweet money, can be grabbed?

Last thinking-out-loud riffs: Fury’s deal, after The Ring Magazine/WBA/WBC middleweight champion Canelo Alvarez’s and Gennady Golovkin’s to come, has those on the other end on the hook for big piles of cash. Such deals are not easy to wrangle and babysit – the check-cutters are in a strange place because they want the talent to go in tough, to draw attention and eyeballs. However if the talent goes in too tough and gets knocked off, then do they have to keep paying big money to a perhaps diminished product once their shining star is now smudged?

Fury is a ring general who doesn’t get involved in trading. Long stretches of his fights often feature his in-ring savvy but not drama. He is all “Tyson” in his talking leading up to the fight; guy makes exceptional copy but in the ring, he is a different brand of “Tyson” altogether.

Stay tuned; it’s all we can do…Wait and see.