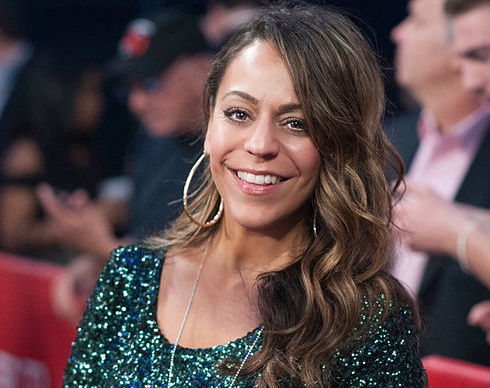 Michelle Rosado has seen it all in boxing.

Rosado has worked as a promoter, in marketing and promotions, and in other capacities in boxing over the last eight years. She has come up with one conclusion that she lives by to this day.

That philosophy has worked out well thus far. After promoting shows in Arizona and North Carolina, and stints working for and with some of the top promoters in boxing, Rosado will promote her first fight card tonight in her hometown.

Unbeaten bantamweight Christian Carto (17-0, 11 knockouts) will square off against gatekeeper Victor Ruiz (22-10, 15 KOs) of Mexico in an eight-round bout at the 2300 Arena in Philadelphia, Pennsylvania. The fight card will be streamed on the Fight Night Live Facebook page (7:30 p.m. ET/ 4:30 p.m. PT).

(READ: Sonny Conto ready to get busy after signing with Top Rank)

While there was skepticism of whether she would be successful competing against the Sixers and the Eagles, her hard work has paid off. The venue, which has a capacity of around 1,500, has long been sold out. The last of the standing room only tickets were bought earlier this week.

The response of Philadelphia-area boxing fans is not a surprise for Rosado, especially combining ‘old-school’ techniques coupled with the savviness of social media.

“I’ve always lived by the principle of ‘Real promoters promote,’” Rosado told RingTV over the phone Wednesday afternoon. “What I did was I pounded the pavement, knocked on doors and went to local businesses. I went to the local newspapers because people still read them regarding sports in the city. I used social media a lot as well. I used the best of both worlds to really get the word out on this fight card.”

“I’m a little surprised by the response of fight fans, but (tonight) is a good card. I’ve always believed in that boxing fans will respond if you provide quality fights.”

Heavyweight Darmani Rock (13-0, 8 KOs) of Philadelphia will square off against Steven Lyons (5-3, 2 KOs) and a clash of unbeaten junior welterweights between Marcel Rivers (6-0, 4 KOs) and Derrick Whitley Jr. (4-0-1) will also take place on the Raging Babe Promotions card. Both are six-round bouts.

Rosado has promoted fights since 2011, even when she was working full-time as an engineer. Rosado moved on to work for Mayweather Promotions, working on fight cards that featured Mayweather against Canelo Alvarez, Robert Guerrero and Marcos Maidana.

She has worked with longtime Philadelphia-based promoter Russell Peltz over the last several months, where the longtime promoter has acted as a mentor to Rosado.

It was not easy for Rosado at the beginning, but she has created opportunities with her no-nonsense, but professional attitude in dealing with people in boxing.

“I didn’t know a lot when I started promoting in 2011,” said Rosado, who split time between Phoenix and Philadelphia. “It’s not like there are college classes or a textbook in knowing how to be a promoter. Being a promoter at the beginning humbled me, but I learned not to treat this as a hobby, like I’ve seen some people do. I ask questions, especially to Russell. You have to learn in this business or you won’t succeed.”

Rosado has been as high as you can go, even living briefly in Las Vegas while working at Mayweather Promotions. The limelight and the bright lights did appeal to Rosado, but she believes she best is suited working the club-show circuit for now and continuing to build her brand in the sport.

“I enjoyed Las Vegas and working the big fight cards, but I get greater pleasure working and building up these young fighters, like Christian Carto. All these fighters that I work with, from prospects to unbeaten fighters, know that I’m honest and upfront with them. I do the best I can to be fair and to always do the right thing for them. I never want to cheat anyone, but I also want my name to stand for something.”

Rosado’s nickname, ‘Raging Babe’ does stand for something. The name was given to her by a reporter at the Phoenix New Times on a story written about her at a time when Top Rank and Golden Boy stopped promoting fights in the area to the controversial SB 1070 immigration bill, targeting undocumented immigrants.

Rosado gambled and promoted fights in Phoenix and Tucson to sell-out success. Her hard work and extraordinary work ethic was noted in the articles, but Rosado believes women who embody and personify hard work and determination are also ‘Raging Babes.’

“I’m a relentless person and I fight for what is right. I think ‘Raging Babe’ reflects who I am as a lover, fighter, and survivor, but 20-year-old female college students could be ‘Raging Babes.’ Soccer moms, business women, etc. The women I looked to in boxing gave me that example. Women like Crystina Poncher, Claudia Trejo, Jackine Kallen. I stay true to what I do and more people in boxing respect that about me.”

Rosado has come full-circle with where her life began. Her father was involved in local politics in the area and became a community leader. Rosado’s father passed away a few years ago, but she continues to carry on where her father left off.

She is eager to continue her work in the community, but to bring boxing to the forefront in Philadelphia. So far, she has done an excellent job.

“I fight for what I believe in, but when it comes to boxing, it isn’t about me. I just want to continue to learn and give boxing fans the best fight cards as possible.”

Francisco A. Salazar has written for RingTV.com since October of 2013 and has covered boxing in Southern California and abroad since 2000. Francisco also covers boxing for the Ventura County (California) Star newspaper, Boxingscene.com, and FightNights.com. He can be reached by email at [email protected] or on Twitter at @FSalazarBoxing.