Kal Yafai: ‘Israel Gonzalez looks like a tough fighter, dangerous on the counter’ 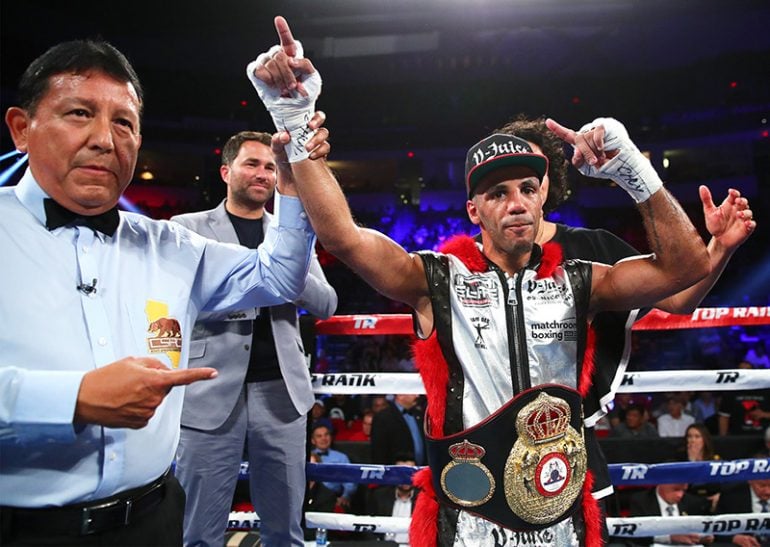 Britain’s Kal Yafai will target unification fights with the junior bantamweight division’s rival champions, should he make a successful fourth defense of his WBA title against Mexico’s Israel Gonzalez this Saturday at the Casino de Monte-Carlo in Monaco.

Yafai, who is rated No. 2 by The Ring at 115 pounds, is unbeaten in 24 fights, with 15 knockouts, and has displayed world-class attributes in previous title fights. Conversely, Gonzalez has already failed once at top level, losing by 10th round stoppage to IBF belt holder Jerwin Ancajas.

“The most important thing is winning and looking good in doing so,” said Yafai. “There’s some huge fights to be made in 2019 so I just need to get in there and do what I do best and impress. I’ll be looking to put on an explosive performance to end the year in style.

“Gonzalez looks like a tough fighter and he looks dangerous on the counter. From his record you can tell that he’s durable, so I’ve got to be on it. I’ll need to put in a solid performance to deal with him.

“I expect him to be looking to counter early, but as the first three or four rounds go by – if it goes that far – he’ll realize that he can’t outbox or counter me. He’ll have to resort to coming forward and applying pressure which won’t work out for him very well.”

The 29-year-old Yafai made his U.S. debut in May, stopping David Carmona in seven rounds at the Save Mart Arena in California, and he is eager to fight in the States again in 2019.

“I really enjoyed my American debut,” said Yafai. “It was an exciting fight to be involved in and entertaining for the fans. Hopefully on Saturday I’ll do a good job on this guy, look good, and then head back over to America next year and get some big fights.

“Ancajas and Sor Rungvisai (The Ring and WBC champion) are obviously the two names that stick out. I’d like a crack at either of them next year. Donnie Nietes and Kazuto Ioka are fighting for the vacant WBO title on New Year’s Eve so the winner of that is another option.

“Roman Gonzalez is still a massive name in the division and that would be a huge fight for me that would bring a lot of money to the table. It’s an exciting time to be fighting at 115 pounds, and I just need to make sure that I shine on Saturday.”

Also on the card, Russian veteran Denis Lebedev, who is rated No. 5 by The Ring at cruiserweight, faces undefeated American Mike Wilson.

This card will be shown live on Sky Sports Arena in the U.K. and on DAZN in the U.S.