Graciano Rocchigiani, two-time champ who took on WBC, dies at 54 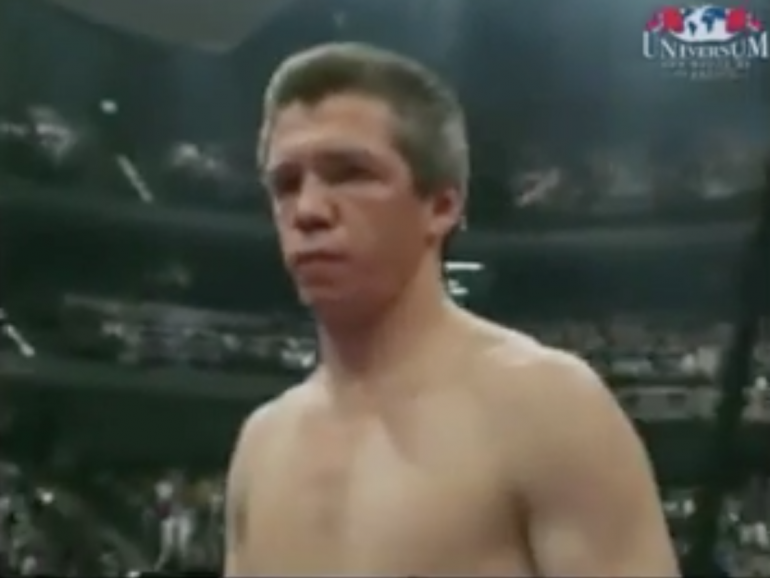 Graciano Rocchigiani, the former two-division world champion perhaps best known for suing the WBC to the brink of bankruptcy, died Monday after being struck by a car in Italy. He was 54 years old.

According to German outlet Bild, Rocchigiani was crossing the street on a busy road between the villages of Pateron and Catania in east Sicily, where his girlfriend had lived. He is survived by his three children.

Promoter Wilfried Sauerland was among those who grieved for the southpaw brawler known as “Rocky” for his tenacity. “Rocky has not only shaped our boxing stable with his fights, but has also thrilled a large audience with his fights,” said Sauerland. Sauerland’s son, Kalle Sauerland, described Rocchigiani as “a wild guy with a big heart.”

Rocchigiani turned pro in 1983, and five years later he stopped Vincent Boulware in eight rounds to win the vacant IBF super middleweight title, making three defenses of the belt before vacating. His first career defeat came against Chris Eubank in 1994 for the WBO super middleweight title, and the following year began a rough patch where he lost three of his next four, though it is argued by some he deserved the decision in his first meeting with IBF light heavyweight titleholder Henry Maske.

He lost a clear decision in a rematch, and was disqualified in seven rounds against Dariusz Michalczewski for a punch on the break that looked to be of little consequence.

Rocchigiani finally won a 175-pound belt in 1998 when he defeated Michael Nunn to earn the WBC light heavyweight title, which Roy Jones Jr. had vacated following his first round knockout of Montell Griffin. The WBC sanctioned Rocchigiani-Nunn for the vacant belt, but when Jones changed his mind about moving up and decided to stay at 175, the WBC tried to go backwards as well and keep the belt on the American star.

According to a 2004 ESPN report, the WBC said it was a “typographical error” to sanction Rocchigiani-Nunn for the belt. A United States District Court judge in New York wasn’t buying it, pointing out numerous instances in which the fight was mentioned as a championship fight before ruling in favor of Rocchigiani in March of 2001.

“I observe that the WBC…wants to have it both ways, arguing that it is vested with total discretion to classify bouts as a result of the signed “WBC Rules for World Championship Bouts”…but arguing out the other side of its mouth that WBC does not enter into contracts with boxers but only with promoters, and therefore the bout agreement is not a contract,” wrote the judge in offering his opinion.

Rocchigiani was awarded a judgment of $31 million, which the WBC said it had no means to pay. After rejecting numerous settlement offers, and nearly forcing the sanctioning body to file Chapter 7 bankruptcy and liquidate, Rocchigiani eventually accepted an offer which allowed the WBC to continue operations.

Though Rocchigiani had a reputation as a tough guy in and out of the ring, he also looked out for his opponents who made the trip out to Germany. John Scully, who lost a decision to Rocchigiani in 1997, recalls being warned by Rocchigiani’s trainer Emanuel Steward that his fans could hassle him if he went out at night.

“I remember him telling me that if that ever happened and Rocky heard about it, he would take me out to find them and he would take care of them for me. And he didn’t mean he would simply yell at them either,” said Scully.

In a career spanning 20 years, Rocchigiani fought many of the top names around his weight and was stopped just once, in his third to last fight in the rematch against Michalczewski. His final record is 41-6-1 (19 knockouts).