Juan Carlos Payano: ‘I’m not going to go down because Naoya Inoue punches hard. You gotta kill me to beat me’ 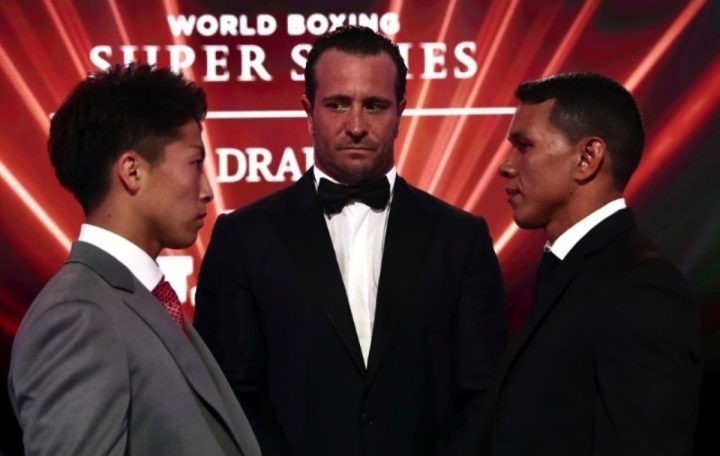 TOKYO, Japan – The summer heat continued lingering throughout Tokyo today, after a deadly heatwave in the months prior, and two days removed from a massive typhoon that disrupted commerce in and around the capital, and the country as a whole.

The day of the typhoon also brought the arrival of another potential disruption, in Juan Carlos “The Machine” Payano, or “el Jefe” as he’s colloquially known around the Caicedo Sports Gym in Miami. Today Payano, along with his head trainer, Herman Caicedo, sat in front of about 20 members of the Japanese press to answer questions ahead of their main event this weekend.

With the beginning of the World Boxing Super Series kicking off on Sunday, expectations are high for the hometown favorite Naoya “The Monster” Inoue, as he looks to continue his dominating streak amongst the lighter divisions. He’s responsible for one of the most anticipated fights in recent Japanese memory, as he’s close to selling out the Yokohama Arena, which was modeled after Madison Square Garden and has a capacity of 17,000. One official close to the action told me it was about 80 percent sold out with more tickets expected to move as we approach fight night. 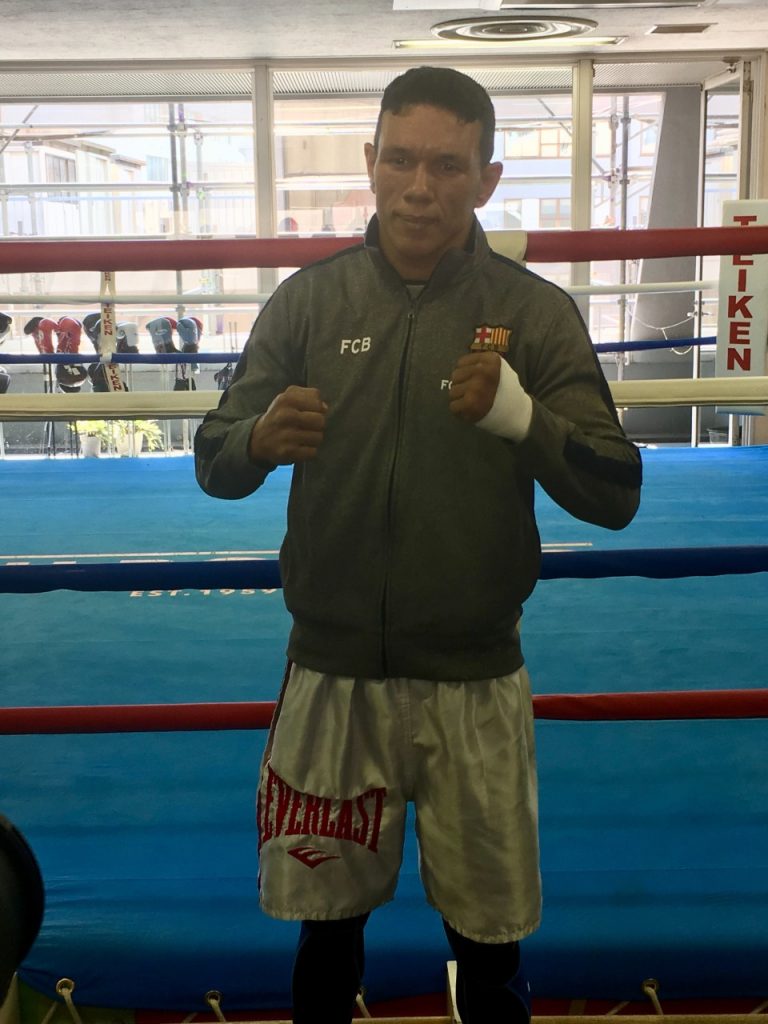 Now sitting inside Teiken Gym, just outside the core hustle and bustle of Tokyo, situated on the fifth floor in an affluent neighborhood known for its upscale restaurants and a prestigious university just up the street, Payano has a death stare that resonates focus. It’s quite the contrast to the happy-go-lucky demeanor this reporter witnessed with Inoue’s previous opponent, Jamie McDonnell, whom Inoue dispatched inside the opening round in May.

Tucked in the crowd of reporters that included several foreigners aligned with the World Boxing Super Series, was the brass of the Inoue clan, with their gym president, and former two-time WBA/WBC strawweight champion, Hideyuki Ohashi. Along with Ohashi was Naoya’s father and head trainer, Shingo Inoue, and their chief second.

Below is a transcript not only of the answers Payano provided the media as it was translated in real time from Spanish by his trainer, to RingTV, as I stood next to him, but also the reactions from Mr. Ohashi and Shingo Inoue.

Payano: I could care less. I’ve been the underdog several times before and I will continue proving experts wrong. Nobody gave me a shot with any of those guys. I’m going to do what I do and that’s fight. I’ll fight for 12 rounds. I’m not going to go down because he punches hard. If that’s a reason to go down, then I shouldn’t be fighting. You gotta kill me to beat me.

Payano: Training is always well. I don’t live inside the gym as much. For this fight I moved back in. (Juan Carlos literally sleeps on a bunk inside the Caicedo Sports Gym in Miami). I have no excuses. My sparring was fantastic. I’m at 110 percent.

Payano: If it’s about hitting hard, then I should’ve lost by now to four other guys who hit hard. I know he can punch. I’m going to exploit the fact that he just wants to punch. If he thinks that I’m going to just lay down, then he’s mistaken. This is 118 pounds. We’re at a different level. We are at the elite level at bantamweight. – (Caicedo quipped “McDonnell wasn’t elite. He was on his last leg”).

What’s your favorite weapon in your arsenal?

Payano: All of my punches are my favorite. I love to punch.

Ring TV: He’s known as “the General” or “el Jefe” inside the gym. After moving back into the gym, did “the General” return as well or have a higher sense of discipline this time around?

“He looks very good. He has an impressive record and career. He’s prepared for this fight for sure. His attitude is just as I imagined. Out of the ring he’s sincere, but in the ring he’s violent.”

“Inoue is calm. His career has been long so he’s tough.”

Ohashi said this to establish the fact that their team isn’t worried but, in fact, very confident of their fighter.

On some further details on Payano’s condition, Caicedo assured me that his fighter was well-rested, well-prepared, and on track to make weight. He assured me that they know about Inoue’s left hook, and won’t let him connect with his specialty.

From this writer’s perspective, Payano is a live dog. He represents Inoue’s stiffest test in nearly two years, and considering the higher weight class, quite possibly the most dangerous opponent to date as well. Payano has been in there with some tough bangers like Filipino Jundy Maraon, who was undefeated at (15-0-1, 12 knockouts), which isn’t far off from Inoue’s (16-0, 14 knockouts). I’m not implying that Maraon is of the same caliber as Inoue, who may be one of the best to ever put on a pair of gloves in Japan, but that Payano, as he stated, has been a successful underdog against hard hitting, undefeated fighters, and the challenge has invigorated rather than intimidated the 34-year-old Dominican.

If you reside in the United States, you can witness the action in the early hours of Sunday morning on DAZN, which carries a free month trial period. Within Japan, the fight will be aired live on Fuji TV.

Nick Skok can be reached at @NoSparring on Twitter.