Eric Gomez: ‘If Floyd Mayweather wants a rematch with Canelo, no problem’ 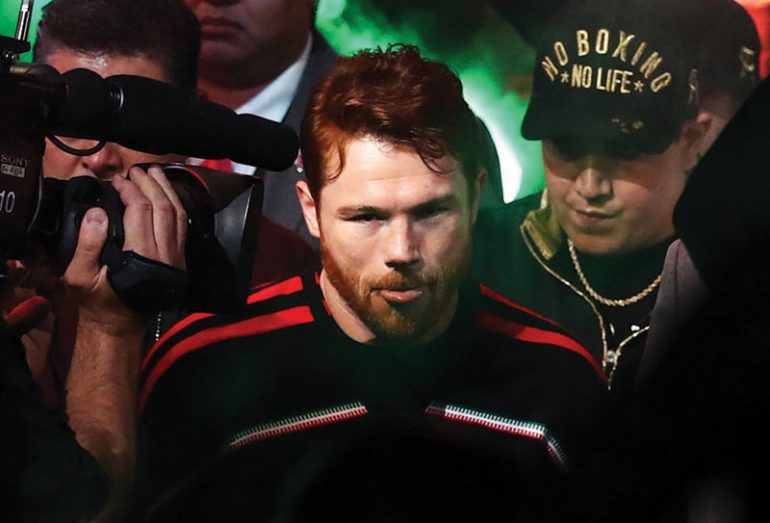 So, what’s next for Canelo Alvarez, who has now ensconced himself onto the pound for pound lists, the top 10, and top five, of pundits in the know?

The 50-1-2 Mexican hitter got the “W” in Las Vegas Sept. 15, according to the judges, and for all perpetuity, BoxRec will say that is so, protestations be damned from those of the belief that Gennady Golovkin edged him.

We won’t elongate that debate; better for us to look forward with the knowledge that isn’t really up for debate: Canelo (age 28) is an ace’s ace, and is the best draw in the sport today. Or, shall we say, the best draw not named Mayweather.

Yes, Floyd sits on the sidelines, but for how much longer? “Money” sits, and takes in interest from his annuities, but he seems to be bored. He’s said he wants back in, and has talked rematch with Manny Pacquiao.

The masses seem so-so on that re-do; some folks are keen to see it again, while once was enough for many hardcore fight fans.

So, what about this suggestion: what say you about a rematch between the Mexican middleweight and “Money?” They did it in 2013, but that was then, this is now, and can we all agree that this sequel would play out differently?

“We would love to do a rematch,” said Golden Boy Promotions’ Eric Gomez today. “Floyd is retired and we respect that, but if he comes back. He’s talked about Pacquiao, that’s up in the air, but if Floyd wants a rematch with Canelo, no problem!

“Would Canelo win the rematch? He’s a different animal now. He’s not that kid that fought Floyd. He’s a full-fledged man!”

And a man who is in search of a presumably exclusive platform; with HBO now in modified bust-out mode. Canelo is in the driver’s seat, as platforms in search of compelling content scout all the landscapes for fare. We are thinking DAZN, ESPN and other cablers and entities that maybe aren’t now on our radar screens.

Gomez said no, Oscar De La Hoya hasn’t touched base with ex-ESPNer John Skipper over at DAZN as yet. However, Canelo will be back from vacation soon, and by next week, perhaps, that process will begin to play out in earnest. There’s no timeline for finding a suitor, Gomez continued, but, he said Golden Boy “has been approached by a couple networks not doing boxing.” He wouldn’t give up a hint who.

Gentlemen and ladies, start your engines of speculation. Who do you think might throw their hats into the Canelo ring?

You can order the current issue, which is on newsstands, or back issues from our subscribe page.</