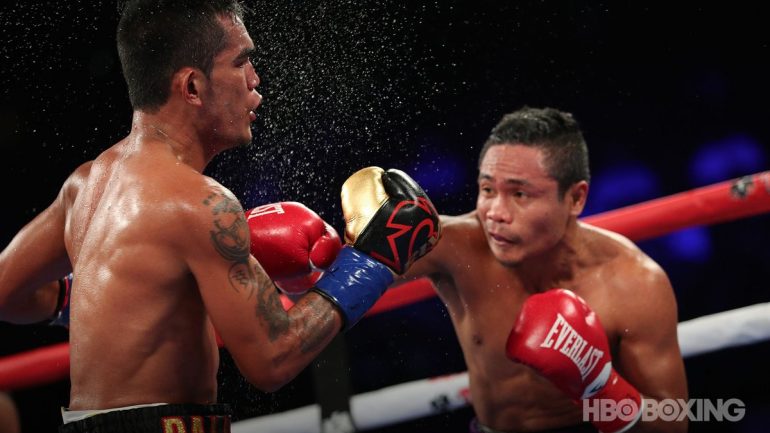 INGLEWOOD, Calif. — The Superfly 3 series, now in its third iteration on HBO, is all about action-packed fights, and usually, the 115-pounders deliver.

Fellow countrymen Donnie Nietes and Aston Palicte of the Philippines had other plans. They engaged in a tactical fight over 12 rounds that produced little drama, and Nietes appeared to win Saturday at The Forum. Two judges saw the fight differently, however, with scores of 114-114 and 116-112 for Palicte. The other judge scored it 118-110 for Nietes.

They were competing for the vacant junior bantamweight title relinquished by Naoya Inoue. Palicte (24-2-1, 20 knockouts) was fighting for his first world title; Nietes seeking a title in his fourth weight class. 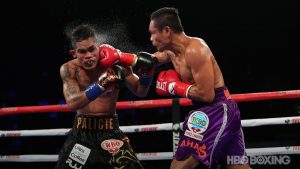 “Of course I won the fight, I’m very disappointed,” Nietes said with promoter Michael Aldeguer providing the translation from Tagalog. “I won the title, I dealt with his reach perfectly, I hurt him and I controlled the fight. I wanted to unify with one of the champions. Now I can’t even leave the ring with my belt.”

Nietes, The Ring’s No. 8 pound-for-pound fighter, held titles at 105, 108 and 112 pounds. He made his American television debut with a seventh-round knockout of Juan Carlos Reveco in February on Superfly 2, and now, Nietes was set for his 115-pound debut.

In his first foray at the weight, Nietes was forced to contend with a much larger man in Palicte, who boasted a five-inch height advantage at 5-foot-8. No matter. Nietes, even at 36, was the more highly skilled fighter and he was able to connect with an accurate overhand right time and again.

Nietes (41-1-4, 23 KOs) would dip his left shoulder, and come over the top. He appeared to buzz his foe on a couple of occasions, but it wasn’t enough to win the judges over. Palicte, 27, was far more active. He threw 830 punches and connected on 124; Nietes was far more economical, yet accurate, landing 194 of 523.

The elder statesman outlanded his foe in 11 of 12 rounds, all frames in which Palicte threw more shots.

“It was a close fight, but I thought I won all the early rounds, throwing more punches, landing better punches,” Palicte said through his trainer, former titleholder Rodel Mayol. “He came on towards the end but I thought I had the fight won. I’m ready to do it again.”