With or without belt, Caleb Truax happy with Minneapolis homecoming 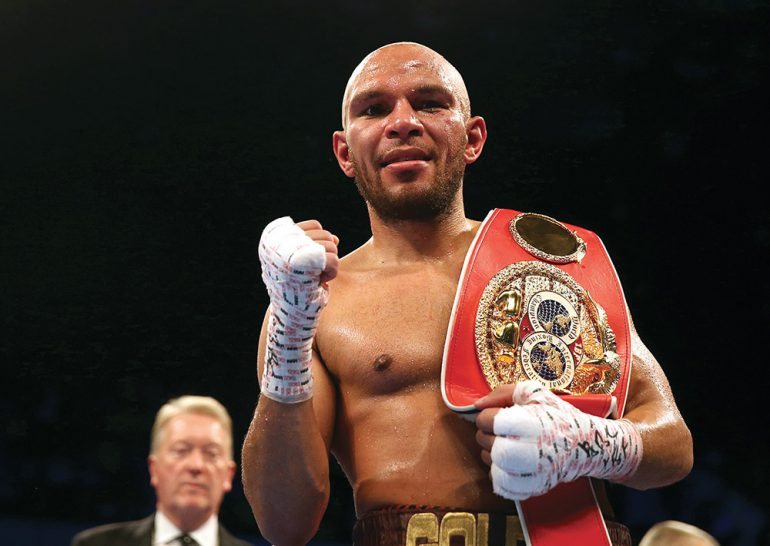 For the first time in four years, Caleb Truax will be fighting in Minneapolis this Friday, just 25 minutes from where he grew up in the Minnesota suburb of Osseo. It’s a homecoming of sorts, but not the one he had hoped for after he had pulled off one of last year’s biggest upsets to win the IBF super middleweight title against James DeGale.

Truax traveled to DeGale’s home country of United Kingdom last December to grab the belt by majority decision, and had hopes that the rematch would be in his backyard. Instead the fight landed in Las Vegas this past April, with DeGale winning back the title by a point on two cards before promptly vacating it.

There will be friends, family and local supporters on hand to watch Truax (29-4-2, 18 KOs) against Fabiano Pena (15-10-1, 11 KOs) at the Minneapolis Armory, but Truax won’t be a part of the PBC on FS1 card headlined by rising welterweight Jamal James against Mahonry Montes.

He also admits he isn’t making much money for the 10-rounder, which will still go on last, but the opportunity to stay busy was one he couldn’t pass up on.

“Originally I thought I was not gonna fight until October and look for something bigger, but Jamal James had this fight scheduled in Minneapolis. Right before the press conference, five or six weeks ago, they asked me if I wanted to be a part of it too and fight on the card. I said ‘yeah sure’ to stay active and get another fight under my belt,” said Truax.

“Why not go knock somebody out for fun in front of my hometown fans?”

He has additional motivation to keep his name out there. Truax is an attractive name opponent for other champions in a 168-pound division which is still without a clear frontrunner.

Rated no. 8 by The Ring at super middleweight, Truax is also ranked no. 10 by the WBC and no. 7 by the IBF, and says he has been floated as a challenger for WBC titleholder David Benavidez and IBF claimant Jose Uzcategui, plus Julio Cesar Chavez Jr. whenever he reemerges.

Truax says he didn’t get into the sport with any specific goals but admits he liked the feeling of having a belt around his waist and wouldn’t mind getting another run with a title.

“Once you have a taste of it once, you want to get another one. Whether it be the IBF or one of the other major belts it doesn’t matter to me. I just want to get an opportunity to fight for one again, which is not too far off I don’t think because there’s some talk about me getting right back in the mix for a world title after this fight,” said Truax.

Pena, four years Truax’s junior at 30, hasn’t fought at all in 2018 and has been stopped each time he’s stepped up against opponents with any sort of name recognition, including in his last two bouts and nine of his ten defeats. It’s a level of opposition which can be tough getting motivated for, but Truax says he’d been hyped to fight at the historic venue, where Sugar Ray Robinson and Charley Burley had once competed, ever since it was renovated just before the city hosted the Super Bowl earlier this year.

Eleven years into his pro career, Truax has already exceeded all expectations. If the upset of DeGale is as good as it’ll get in his career, he likely won’t lose any sleep worrying about it.

“I’d like to just fight as long as I can be successful, as long as I can make some more money to put away for my family, and just kind of cement my legacy. Even before I won the title I never really approached the sport or my career as, ‘I have to win this, I have to do this, or I have to achieve that to be happy with my career.’ I just love boxing, I love fighting, and it’s fun to do,” said Truax.

“I just kind of go with the flow. If I win another title, that’s my goal but if I don’t, whatever, so be it.”