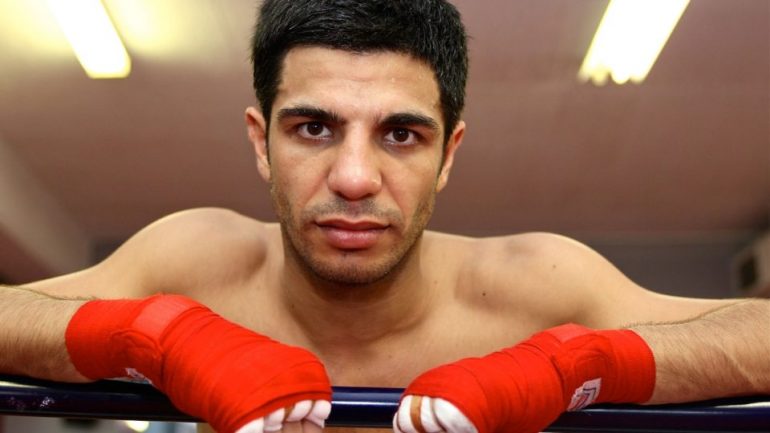 The two were matched after Kenichi Ogawa, who controversially defeated Farmer on points last December, was stripped of the title following a positive test for the banned substance androstanediol. That fight has since been declared a “no contest”.

“I’m very happy to be standing in the opposite corner to Tevin Farmer,” Dib told The Ring. “I think Tevin is a very talented guy – has some serious skills. His strengths are definitely his speed and his ability to make you miss. His weaknesses, I’ll keep to myself.

“I have had a wonderful training camp and I’m very confident that I will be the new IBF junior lightweight world champion.”

Dib’s team were able to broker a deal to bring Farmer to Australia. The 32-year-old veteran, who held the IBF featherweight title from 2011 to 2013, has to make the most of what may be his final attempt at a world title.

“It’s definitely an added motivation. It has spurred me on to work twice as hard,” said the home fighter. “A rejuvenated Billy Dib will step into the squared circle. Age won’t be a factor – I feel young.

“The fact the fight is on my home soil is amazing. It brings me so much joy that all my family and friends will witness this special night. God is great. I’m so happy.”

“BTK”, or Billy “The Kid”, has won his last four outings with one no-contest since Takashi Miura stopped him in three rounds in a 2015 WBC title fight.

Farmer, who is rated No. 5 by THE RING at 130 pounds, had a tough luck start to his professional career (he was 4-3-1 in his first eight contests), but the Philadelphia native has learned on the job and won 18 fights in succession.

Dib has prepared for 10 weeks. He started camp in Sydney, decamped to Bangkok for three grueling weeks and returned home to put the finishing touches on what he describes as ‘amazing preparation’ under the feted eye of former three-weight world champion and Hall of Famer Jeff Fenech.

Mike Altamura, who is Dib’s agent – alongside the venerable Sean Gibbons, was instrumental in bringing the fight “Down Under”. He appreciates it will be a difficult fight but is cautiously optimistic that Dib can win.

“Tough fight, but I see openings within Farmer and Billy is very motivated,” said Altamura. “He’s come back a long way and is very focused on becoming a legit two-weight world champion.

“For Billy, this is enormous. It would be the greatest comeback in recent Australian sporting history, given that he was essentially retired – down and out – following his wife’s tragic passing when he embarked on the road back.

“It would be yet another shot in the arm for Australian boxing and, as always, a much needed reminder that for a very small country – in boxing terms – we produce lots of talented kids that need support to nurture their gifts.”

The question is, can Dib roll back the years and become a two-weight world champion, or is Farmer going to right the wrong he perceives from his first title fight?