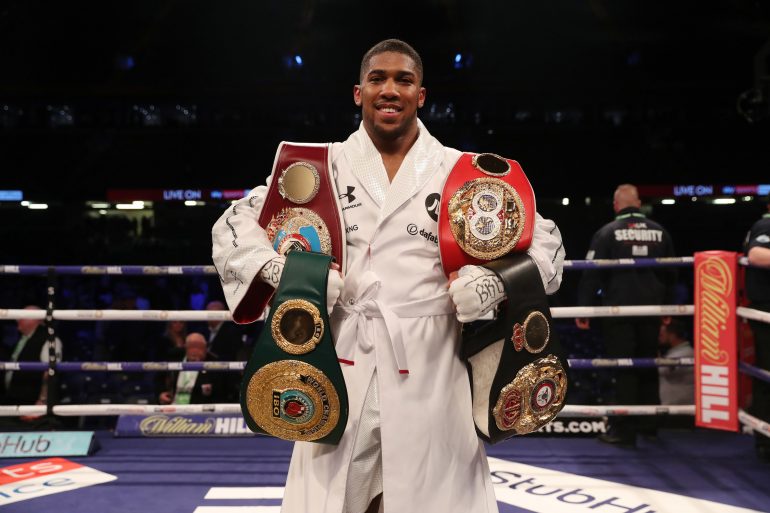 It’s not the heavyweight fight the boxing world has been clamoring for, but it is a high-quality matchup.

Joshua, who is rated No. 1 by THE RING at heavyweight, returns to England’s national soccer stadium for the first time since April 2017 when he stopped former champion Wladimir Klitschko. Since that time, the 28-year-old power-puncher has scored a stoppage win over Carlos Takam and a unanimous decision over Joseph Parker.

“I can’t wait to get back in the ring,” said Joshua, who has sold approximately 250,000 tickets for his last three stadium fights. “Povetkin is a serious challenge that I will prepare meticulously for. He has serious pedigree and only a fool would underestimate what he brings to the table.

“Training hasn’t stopped for me, but the next 10 weeks ahead will be intense both mentally and physically. I will push myself to breaking point to make sure I am in peak condition for another huge night for British boxing.”

Povetkin earned his shot with a spectacular fifth-round knockout of Liverpool’s David Price, which took place on the Joshua-Parker undercard in March.

“The battle for the world title has always been my goal,” said Povetkin, who was outpointed by then-champion Wladimir Klitschko in October 2013. “Anthony Joshua has four belts (including IBO) and I want them all. I’m glad that our fight will finally take place; the meeting of two Olympic champions in the ring is destined to be a breath-taking event.”

An announcement on on-sale dates, ticket prices and travel packages will be made this week.