Manny Pacquiao, Lucas Matthysse weigh in under the welterweight limit 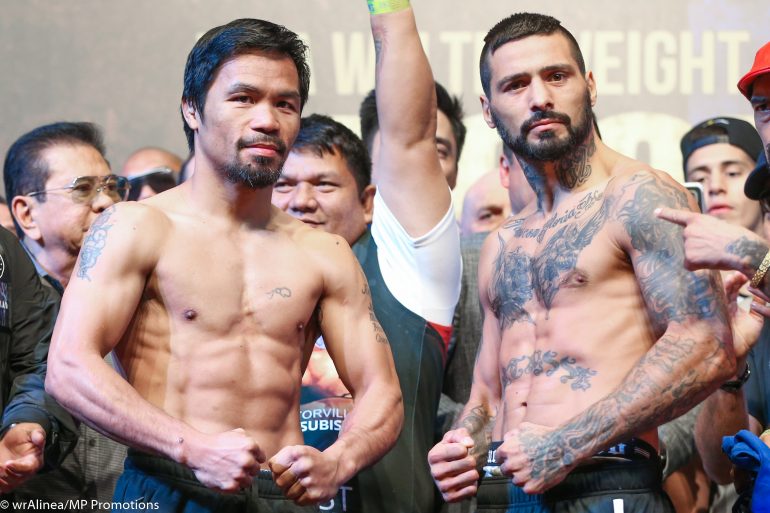 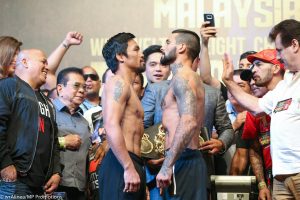 It will be Pacquiao’s first trip through the ropes since last July, when he lost a controversial decision to Jeff Horn in Australia, and his first since splitting with Freddie Roach and elevating long-time assistant trainer Buboy Fernandez to head trainer.

Matthysse has won two straight since his tenth round knockout loss to Viktor Postol.

The fight will be shown live on ESPN+ in the United States, on BoxNation in the United Kingdom, and on ESPN 5, ABS-CBN and GMA in the Philippines.

The lone full championship fight on the card will be contested between Moruti Mthalane (35-2, 24 KOs) and Muhammad Waseem (8-0, 6 KOs) for the IBF flyweight belt vacated by Donnie Nietes. Mthalane weighed 111.5 pounds and Waseem checked in at 111.3 pounds. 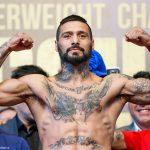 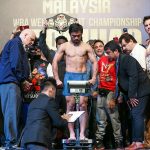 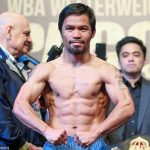 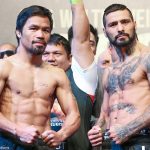 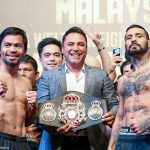 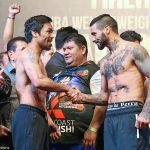