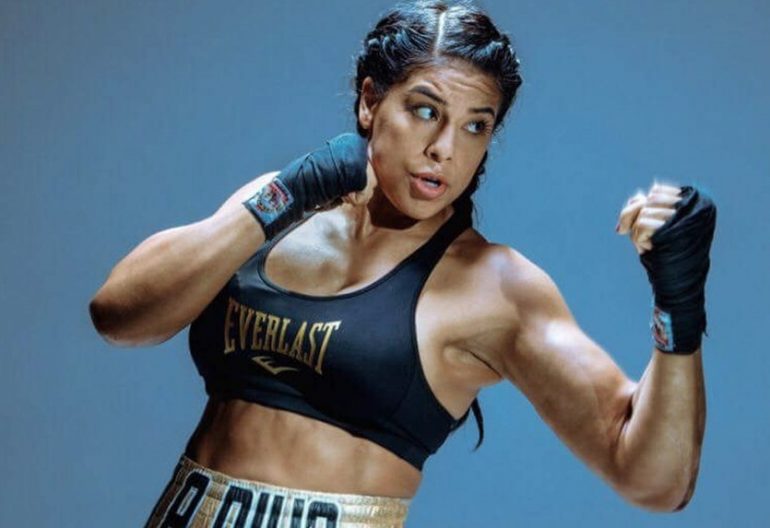 The women’s boxing scene is heating up slowly but surely.

Double Olympic gold medalist Claressa Shields did a good number for Showtime when she headlined against Hanna Gabriels and that means the press to push on and establish women boxers as attractions in the U.S. market will continue.

With that in mind, plans are being made for down the line scraps, and possible rivalries are moving into the simmer stage.

At and around the 160-168 neighborhood, Maricela Cornejo is gaining buzz. The 31-year-old Washington native, who lives in LA, took up boxing a few years ago when trying to drop some pounds for a movie role. Instead, she fell head over heels for the sweet and savage science.

Cornejo fights tomorrow (Friday) in LA on a Golden Boy card topped by a featherweight scrap pitting Joet Gonzalez against Rafael Rivera. ESPN will televise select bouts from the card.

Cornejo will look to rise from 11-2 when she meets Samantha Pill, a 3-0 hitter who has campaigned as a heavyweight. Cornejo spoke to the Everlast TALKBOX podcast, and delved deep into what makes her tick. Her story about dealing with sexual abuse, at the hands of a family friend, and drug issues is a must listen.

Golden Boy Promotions President Eric Gomez tells me that Cornejo is a work in progress who is progressing nicely. If the pace continues she could be in headliner fights before too long. And who are some athletes she’s targeting?

A move from the 160s to the 140s is also possible, because she’s been shedding pounds. “If Cecilia Braekhaus would fight at 154, I’d definitely do it,” Cornejo said. “That would be an awesome fight.”

Alicia Napoleon is another hitter who’s in her sites, she told listeners.

Hear the entire interview here if you like. Pay attention to Cornejo’s wise sign-off advice, please.