Can anyone douse Teofimo Lopez’s fury? 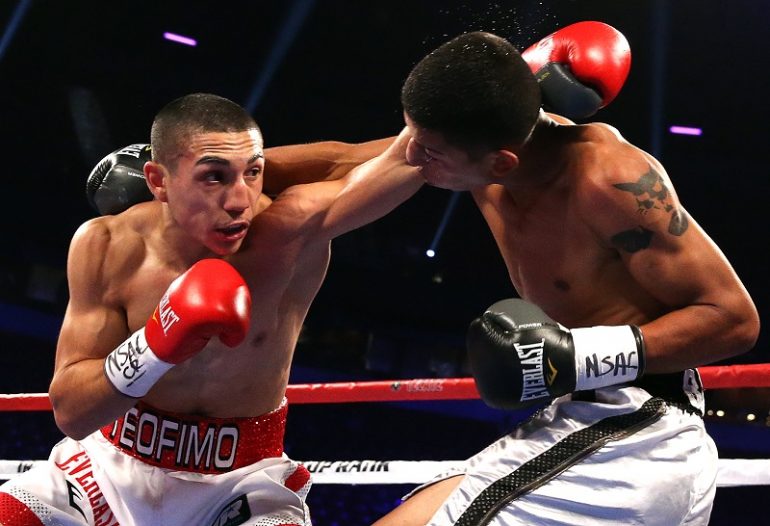 The conversation on the afternoon of Monday, November 2, 2015 started amicably enough. Mike Martino, then USA Boxing’s executive director, and Matt Johnson, USA Boxing’s performance director, were on one of end of the phone. They started out by asking Teofimo Lopez how he was doing. Lopez, then 18, told them he couldn’t wait for the Olympic Trials to begin the following month.

After a pause, that’s when they laid the hammer down on Lopez. The ominous words spilled out, almost as if they were blared from a trumpet: “We have to let you know something. Due to the World Series of Boxing (WSB), Karlos Balderas has qualified and he’ll be the lightweight representing the United States at the 2016 Olympics – and we’re truly sorry and very upset over this.”

“What?” Lopez responded incredulously, still in surreal disbelief over what he just heard.

That’s the day a piece of Lopez’s boxing soul was torn away. He lives with that call every time he steps through the doors of a gym, each time he pulls on his gloves, every mile he takes when he’s running – and each time he steps through the ropes to devour another opponent. A little motto was created in his head that afternoon: “I have no love for anybody in this sport.” 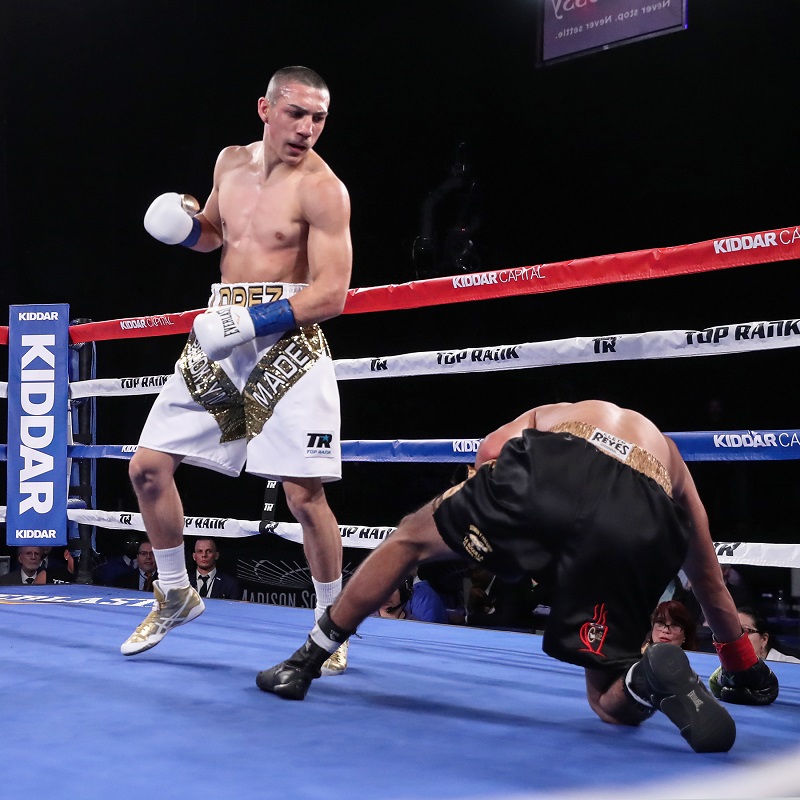 Lopez, a 20-year-old, 5-foot-8 lightweight now living in Las Vegas, is 9-0, with 7 knockouts. He’s highly entertaining to watch, incredibly personable, possesses upsetting power and ends each victory with his signature backflip. The nation will get a chance to see this burgeoning talent again on Saturday, (ESPN and ESPN Deportes, 7 p.m. ET) as the co-feature of the “Top Rank Boxing on ESPN” card, in support of the Regis Prograis-Juan Jose Velasco 12-round, junior welterweight bout, at the Lakefront Arena on the University of New Orleans campus.

Lopez will face 31-year-old Brazilian William Silva (25-1, 14 KOs) in a 10-round lightweight fight, “which won’t go five rounds. I’m going to mess him up,” Lopez promises. “I have no feelings for this man, nor for anybody.

“After I got that call that day, I didn’t care about anything but me and my father (Teofimo Lopez Sr.) decided right there, I was still going to fight in the U.S. Olympic Trials,” said Teofimo Jr., known as “Gordo,” which means “fat” in Spanish, to close family and friends, since he was a rather chubby baby when he was born. “That call destroyed me. It still pisses me off – to this day. It goes to show that nothing in life is ever promised. I worked my ass off and committed everything to boxing.

“Boxing is my coping mechanism. I remember telling (Martino and Johnson) that they couldn’t do this to me. What bothers me even more is that (Balderas) never did anything to earn his spot. He never earned his place with the U.S.A. Olympic team; his way was paid for.”

Something also important happened: Teofimo and his dad went back to the gym a few hours, after they had their dreams smashed by that call. They still went to the U.S. Olympic Trials – and won, when Gordo beat Maliek Montgomery, 2-1, in the 132-pound finals.

“We decided to go to the Olympic Trials and wanted to make a statement,” remembered Teofimo Sr., also Gordo’s trainer. “We wanted to prove we weren’t going to take it. When we won, they didn’t give Teofimo a jacket. They didn’t give him anything. It wasn’t just that time – they did it throughout his amateur career. We wanted to go against AIBA, and we fought for Honduras in the 2016 Olympics, but we knew what we were facing. 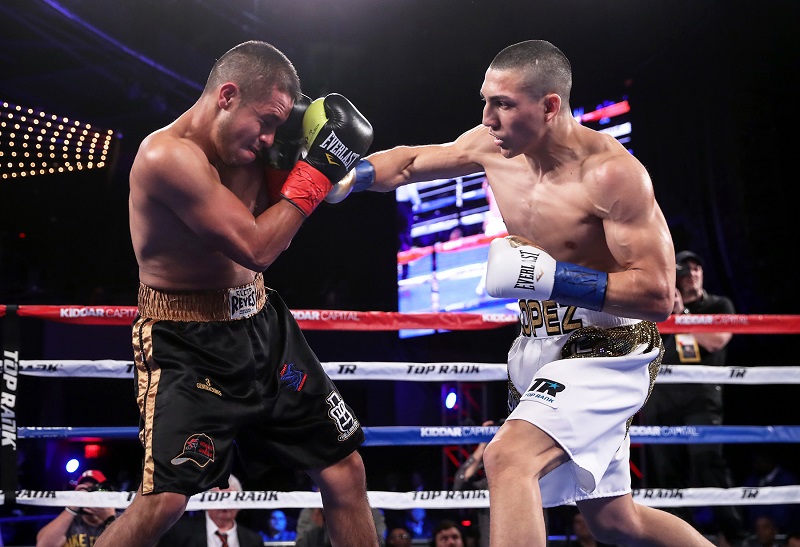 “No one was going to give my son a break. We had to knock everyone out that we were going to face in the Olympics. We had to go through hell but look where he is now. No one that came out of those Olympics can compare to him. I told Gordo we had to go. We both decided that day to go to the gym. If we never made it to the Olympics, we don’t know where we would be right now. The world got a chance to see Teofimo get robbed (in a 3-0 opening-round loss to France’s Sofiane Oumiha, who reached the Olympic semifinals).

“All of that anger has become hunger. Teofimo won’t allow anyone to take his dream away anymore. I’m telling you; my son is on a mission. We talk a lot, me and my son, but so many things have been done to us; that’s the reason why. And everything we say, we do.”

Since the 2016 Olympics, AIBA, the governing body of international amateur boxing, saw its president Wu Ching-kuo resign, in November 2017, amid allegations that he mismanaged organizational funds. The organization is in disarray and trying to find a way to streamline what has been a convoluted qualifying process. Balderas is 5-0 (with 4 KOs) as a pro and fighting six-rounders.

Meanwhile Team Lopez keeps chugging along toward building a national fan base.

As for Silva, in his sole loss, he went 10 rounds with Felix Verdejo, in February 2016.

“My son is no Felix Verdejo,” said Lopez Sr., who can be as flamboyant as Angel Garcia is about his son Danny. “My son is coming to get you. My son is like Mike Tyson. He has that mentality that, when the bell rings, everyone knows he’s coming to destroy you. Silva’s never been stopped – but I’m telling you: It doesn’t go past five, unless he gets on a bike.”