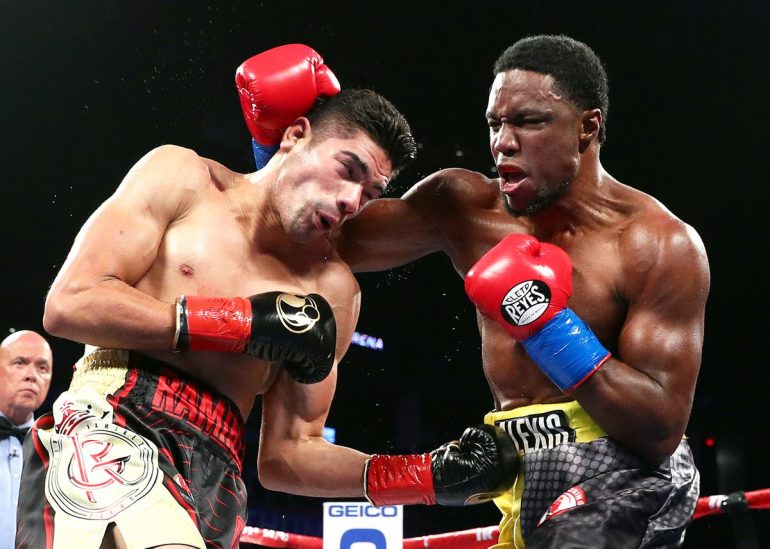 Gilberto Ramirez retained his title with another victory, but he did little to prove he’s one of the best super middleweights in the world.

The Mexican sleepwalked through a dreary unanimous decision victory over Roamer Alexis Angulo on Saturday in Oklahoma City, Oklahoma, in the main event on ESPN. One judge scored it a shutout, 120-108, with the other two scorecards containing 119-109 tallies for Ramirez.

“No, I’m not happy. I tried to do better,” Ramirez said. “I want to go back to training again with my team and we’re going to talk about this fight and keep working, working because I want to be pound-for-pound fighter.

“He come in very hungry to come for my belt. Right now, I want a unification fight. James DeGale, David Benavidez, George Groves — I want those fights.”

Ramirez (38-0, 25 knockouts) was able to keep the obscure Colombian banger on the outside with his superior height and reach, but he never made Angulo pay for his sloppy punches that missed the mark badly.

Angulo (23-1, 20 KOs) had never faced an opponent of note and his last five fights each failed to last past Round 2. Nonetheless, he was given a title shot against “Zurdo,” THE RING’s No. 2 fighter at 168 pounds.

Angulo, 34, with his awkward style and freewheeling power shots, was able to hurt Ramirez on a number of occasions, though he never displayed the gumption to follow up on his attack.

A right hand to Ramirez’s neck placed the titleholder on unsteady legs in Round 3, and then a left hook in Round 7 once again had Zurdo buzzed.

Whenever Angulo applied pressure, Ramirez appeared uncomfortable, but they rarely competed in close quarters. Besides those two rounds, Ramirez controlled the action against a fighter unwilling to string punches together.

He’s long called for the biggest fights in the super middleweight division, but after this uninspired performance, it wouldn’t be surprising to see Top Rank match Ramirez soft once again.