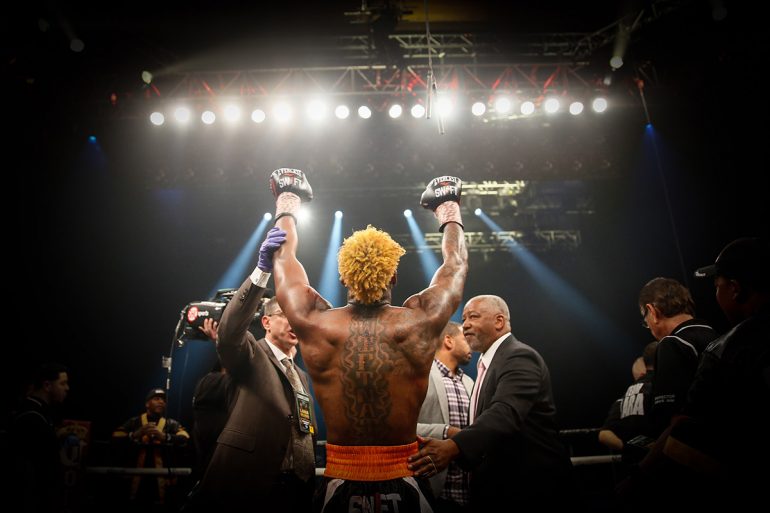 Jarrett Hurd joined him this week when he underwent arthroscopic surgery to repair a torn rotator cuff. THE RING’s No. 1 junior middleweight, fresh off a thrilling decision victory over Erislandy Lara, will be on the shelf for the foreseeable future.

“Preparing for the Lara fight I had a slightly torn rotator cuff in my left shoulder,” said Hurd, who scored a 12th-round knockdown of Lara to seal the victory. “I was receiving cortisone shots to numb the pain but that was only temporary. Now the issue is taken care of. Thank you to everyone that wished me luck on my procedure (Monday). Be back soon.”

Hurd (22-0, 15 knockouts) has been calling for a unification fight with Jermell Charlo, one that would crown a new RING champion at 154 pounds. It’s possible the bout will land on Showtime in the fall, assuming the 27-year-old from Maryland is healthy by then.

In a short amount of time, Hurd has skyrocketed to the upper-echelon of the sport. A hulking 154-pounder at 6-foot-1, Hurd employs a relentless pressure style to outmuscle his foes. He picked up his first world title with a stoppage victory over Austin Trout in October, and then added a second junior middleweight belt in April when he topped Lara.

Once he’s healthy, he’ll hope to grab a third title with a big-time fight against Charlo, who himself is coming off a win over Trout.